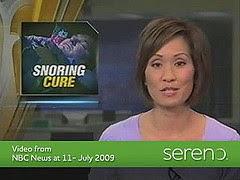 We’ve all heard exciting health news followed a few months later by reports that the claims were exaggerated, or worse, there are health risks associated with the product in question. According to the watchdog website, HealthNewsReview.org, 70% of the more than 1,700 periodical articles they have reviewed are one-sided and don’t adequately explain the pros and cons. Here are a few guidelines to help you sort through the medical news on TV, online, and in print.


1) Was the study published in a peer-reviewed medical journal? More than 100,000 medical conferences are held worldwide. The journalist may be presenting preliminary research that still needs to go through more rigorous testing.

2) Is there a conflict of interest? Pharmaceutical companies pay for at least 60% of all U.S. biomedical research. While such studies shouldn’t be summarily rejected, who paid for them should be a factor in your evaluation. Online medical journals will tell you who is funding the study if your news article omits the source.

3) Is it just one study? The claims should be supported by numerous earlier studies that have arrived at the same conclusion. It is highly unusual for one study to be a “clinical game changer”.

4) Was it a randomized, double-blind, controlled clinical trial? One group is given a placebo and the other group is given the substance being tested. No one knows who got what, including the researchers, until the study is finished.

5) How many people participated in the study? According to the American Medical Association, less than 100 people partake in the majority of clinical trials. As a general rule, the more participants, the more you can be sure of the findings.

6) Did the study consider other factors that could explain the result? For example, some studies have shown a connection between eating blueberries and a healthy brain. But are people who regularly eat blueberries also the type of people who have a healthy diet and exercise frequently?

7) How long was the clinical trial? The Food and Drug Administration recalls about 5% of all new medications because of unanticipated risks. Frequently, the snag was the study lasted only a few weeks, not enough time for possible risks to occur.


The editors, “Should You Trust That Medical News?” Consumers Reports on Health, September 2012