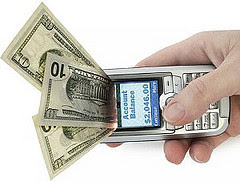 Grandparents are more than willing to come to the aid of a grandchild. Scammers know this and are ready to take advantage of an unsuspecting grandparent by creating a contrived high-pressure crisis. Here’s how it works.


Most scammers are smart enough to get personal information from a variety of sources. Compiling a list of senior citizens and their phone numbers is not difficult. There’s an unlimited amount of personal information divulged on social networking sites. Hacking low-security shopping and group-membership sites, and connecting information from different sources, gives the scammer all the info he needs. Then he “cold calls” his way to the next victim.

The grandparent, let’s call him Jack, answers the phone. He hears in a slightly muddled and urgent voice: “Grandpa, it’s me.” Jack has an older grandson in college. He asks: “Robert, is that you?” The scammer confirms it is. Sounding distressed, he tells Jack he was visiting Toronto with friends and was arrested for driving drunk. He has less than five minutes to use the phone.

He tells Jack the police would release him if he paid the fine and left the country. He is too ashamed to call his parents. He pleads for help in paying the fine. Jack hesitates. The scammer tells Jack he would get a call from the US consulate. In a few minutes a man calls saying he is the US consulate in Toronto. He verifies the story, telling Jack it is a big mess and could he offer assistance. The consular official says Robert would call him as soon as he enters the US.

Jack considers calling his son, Robert’s father, but decides to deal with the crisis, get his grandson home, “and deal with the fallout later.” He withdraws $1,000 from his bank and wires the money.

Never receiving the call from Robert, Jack calls his son, who soon verifies Robert is in his dorm and had never gone to Canada. He is also upset with Jack for not calling him first.

Jack realized his first mistake was in giving the scammer Robert’s name. He should have responded: “Who’s calling?” Con artists always need the victim to act quickly. There is pressure not to take time to evaluate and authenticate. Jack realized he should have asked an obscure question only Robert would know.

Grandparents are often flattered that a grandson comes to them for help rather than the parents. They feel good about helping. They often have some savings put aside. Many don’t usually talk to their older grandkids by phone. They are usually not in frequent contact with the grandkids like the parents are – they don’t know their regular activities - so are more susceptible to a scam.

James Munton & Jelita Mcleod, The Con: How Scams Work, Why You’re Vulnerable, and How To Protect Yourself, Rowman and Littlefield Publishers, 2011