The Wonder Drug That Never Fails 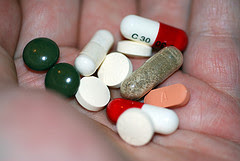 There’s an amazing wonder drug that’s freely available to everyone, that can be taken whenever you want, in the quantities you want, and the more of this drug you use, the stronger and better sense of well-being you will enjoy. This wonder drug is simply exercise and physical activity, from running to walking, from playing sports to putting your time in at the gym. What’s new about this is the overwhelming research that’s been accumulated on the health benefits of keeping fit. Here is a birds-eye view in 9 points.


1) Exercise wards off or severely diminishes the likelihoods of getting most cancers, diabetes, obesity, strokes, heart attacks, Alzheimer’s disease, and depression. All without any nasty side effects.

2) Exercise most probably thwarts early death more than any other known treatment. According to one diabetes researcher: “It’s a wonder drug. There’s probably not a single organ in the body that’s unaffected by it.” Another exercise researcher explains: “Exercise can stimulate circulation, flush out fatty deposits in the walls of blood vessels and dilate small vessels that otherwise could be the cause of a heart attack or stroke.”

3) A 2009 study by exercise researcher Steven Blair at the University of South Carolina examined the mortality factors of 50,000 men and women. It concluded that: “…a lack of cardio-respiratory fitness was the most important risk factor for early death.”

5) The American College of Sports Medicine in Indianapolis has compiled studies over the last decade of people who had adhered to the US government’s guidelines on physical activity. The weekly recommendation is for 150 minutes of moderate exercise like brisk walking or 75 minutes of intense activity like running or swimming. The College found that people who regularly followed the guidelines:

--Reduced the odds of early death through heart disease by 40%.

--Reduced the odds of developing type 2 diabetes by a startling 58%, more than any pill.

6) Exercise even improves memory. Art Kramer of the University of Illinois at Urbana-Champaign has found a 2% increase in the hippocampus size of seniors who exercise: “The volume increases we saw can make up for approximately two years of normal age-related decrease. We found that even modest increases in fitness can lead to moderate 15 – 20% improvements in memory.”

7) Let’s not leave out the kids! Kramer’s research has found that children 12 and under who are consistently physically active “develop larger hippocampuses.”

8) British sport and exercise medicine professor Christopher Hughes comments: “Everyone knows too much booze or tobacco is bad for you, but if physical inactivity was packaged and sold as a product, it would need to carry a health warning label.”

9) According to the British medical journal The Lancet: “Physical inactivity effectively kills 5 million people a year worldwide, as many as smoking.”