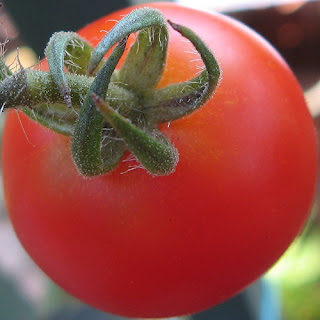 1) Locally grown tomatoes taste better because they were picked ripe, whereas remotely-grown tomatoes had to be picked pre-ripe because of the time and distance bringing them to market.

2) Another reason locally grown tomatoes have more flavor is because commercial, mass-harvested tomatoes are designed to be durable and sturdy, eliminating much of the “jelly and seeds” that give tomatoes much of their taste.

5) Avoid refrigeration. The cold “damages the enzymes that produce flavor.”


6) Given the choice between canning and freezing, freezing maintains the flavor better.

8) Avoid cooking tomatoes in uncoated copper, aluminum, or cast iron. The tomatoes’ acid does not mix well with these metals and you end up with a metallic taste.