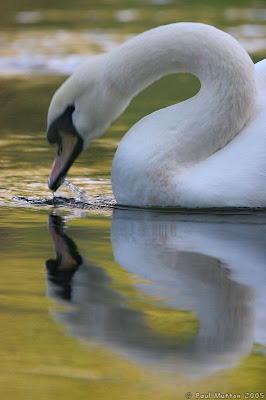 The true measure of a man is how he treats someone who can do him absolutely no good.  Ann Landers

Listen or your tongue will keep you deaf.  American Indian Proverb

The man who follows a crowd will never be followed by a crowd.  R. S. Donnell

It is impossible for us to break the law. We can only break ourselves against the law.  Cecil B Demille

Order is not pressure which is imposed on society from without but an equilibrium which is set up from within.  Jose Ortega y Gasset

Discretion is being able to raise your eyebrow instead of your voice.  Anon.

It is easier to love humanity as a whole than to love ones neighbor.  Eric Hoffer

Security is mostly a superstition. It does not exist in nature.... Life is either a daring adventure or nothing.  Helen Keller

Every man is a fool in some man's opinion.   Spanish Proverb

Time sneaks up on you like a windshield on a bug. Jon Lithgow

The graveyards are full of indispensable men.  Charles De Gaulle

If a man knows not what harbour he seeks - any wind is the right wind.  Lucius Annaeus Seneca

If we knew the facts, we would very rarely find someone whose life was to be envied. H. Kushner

He gains much who loses a vain hope.   Italian Proverb

Even if you are on the right track, you will get run over if you just sit there. Will Rogers

No good decision was ever made in a swivel chair.  George S. Patton

It takes a long time to grow an old friend.  John Leonard

It is a consolation to the wretched to have companions in misery.  Publilius Syrus

He who trims himself to suit everyone will soon whittle himself away.  Raymond Hull

Life really does begin at forty. Up until then, you are just doing research.  Carl G Jung

We’re all generous, but with different things like time, money, talent, and criticism.  Frank A. Clark

Some people complain because the roses have thorns. Others give thanks because the thorns have roses.    Anonymous

Everyone thinks his own cross is heaviest.     Italian Proverb

The past should be a springboard not a hammock.    Irving Ball

Anything is possible if you don’t know what you’re talking about.  Green’s Law of Debate

It is hard to fight an enemy who has outposts in your head.   Sally Kempton

I've learned that no one is perfect until you fall in love with them.    Andy Rooney

A great many people think they are thinking when they are merely rearranging their prejudices.   William James

Even on the most exalted throne in the world - we are only sitting on our own bottom.   Michel Eyquem de Montaigne

It is not how busy you are, but why you are busy. The bee is praised, the mosquito is swatted.   Anon.

Always love your enemies - nothing annoys them so much.  Oscar Fingall OFlahertie Wills Wilde

Many take by the bushel, and give with the spoon.  German Proverb

The ox that butted me tossed me into a good place.   Spanish Proverb

Honest criticism is hard to take, particularly from a relative, a friend, an acquaintance, or a stranger.  Franklin P Jones

The greatest obstacle to discovery is not ignorance - it is the illusion of knowledge. Daniel J Boorstin

That which is bitter to endure may be sweet to remember. Thomas Fuller

I am the master of my unspoken words, and a slave to those that should have remained unspoken.  Anonymous

A fool must now and then be right by chance. William Cowper

Pride went out on horseback, and returned on foot.   Italian Proverb

We should cover the faults of others with a cloak of love, because we may need a circus tent to cover our own. Anonymous

Some people drink from the fountain of knowledge. Others just gargle.  Robert Anthony

Learn from the past. Live for today. Look to tomorrow. Take a nap this afternoon.  Anonymous

He who makes a mouse of himself, will be eaten by the cats. German Proverb

Life is like an onion: you peel it off one layer at a time, and sometimes you weep.  Carl Sandburg

The trouble with the rat race is that even if you win you’re still a rat. Lily Tomlin

When you are arguing with a fool, make sure he isn't doing the same thing.  Unknown Author

When two elephants fight, it is the grass that suffers. Ugandan proverb

Don't speak unless you can improve on the silence.  Spanish Proverb

Once the game is over, the king and the pawn go back into the same box.  Anonymous

Am I not destroying my enemies when I make friends of them?  Abraham Lincoln

The grass isn’t greener on the other side. The grass is greener where you water it.  Author unknown

If the only tool you have is a hammer, you tend to see every problem as a nail. Abraham Maslow

Instead of crying over spilt milk, go milk another cow.  Author unknown