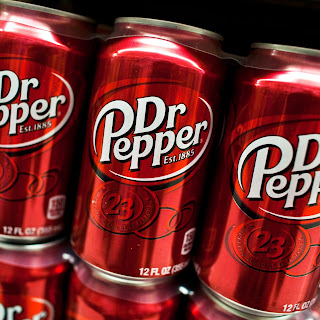 New York Times and Pulitzer Prize winning journalist Michael Moss is the author of the number one bestselling book about the processed food industry, Salt Sugar Fat: How the Food Giants Hooked Us. He reveals how unique, addictive tastes are engineered in the lab:

“When Howard Moskowitz, a legend in the industry, recently engineered a new soda flavor for Dr. Pepper, he tested out 61 formulations of the sweet flavoring, each only slightly different from the next, and put these through 3,904 consumer tastings, then applied regression analysis to find the perfect formula guaranteed to be make the soda a hit.

“Salt is valued for what companies call its “flavor burst,” hitting the tongue straight away with a salty taste that races to the pleasure zone of the brain, which in turn compels you to eat more. And salt manufacturers have learned to manipulate the physical shape of salt to most perfectly suit the needs of processed foods, from powdery salts for soups to chunks shaped like pyramids with flat sides that stick to the outside of food and interact quickest with your saliva.” http://www.publishersweekly.com/pw/by-topic/industry-news/tip-sheet/article/56249-10-food-secrets-you-need-to-know.html

Navigating the Supermarket Aisles With Michael Pollan and Michael Moss

What's In It: Doritos Locos Tacos

Michael Moss: How the Food Giants Hooked Us

“In some ways fat is even more powerful than sugar and it goes like this. There actually isn’t a taste for fat. It’s not one of the 5 taste senses. It’s a feeling. The industry calls the allure of fat the mouth feel. I just had lunch and I shouldn’t be craving and now I’m going to think about a toasted cheese sandwich and the warm gooey – not the taste – but the feel of that cheese in my mouth goes straight to the brain, the same pleasure center that sugar does and sending signals ‘Hey, eat that’ but it’s even trickier because it sneaks up on the brain. Especially with fat that’s solid. And that’s typically, unfortunately for consumers the bad fat, the saturated fat, the fat that’s linked to heart disease – is solid. And the brain, research shows, has trouble identifying a solid fatty food as being fat laden so it won’t send the signals back to you: ‘Michael, wait a minute, you’re getting a lot of this, and by the way, fat has twice the calories than sugar so you better watch out.’”

According to a study in Pediatrics: The Official Journal of the American Academy of Pediatrics:

“Seventy-nine percent of the 62 food products in athlete-endorsed advertisements were energy-dense and nutrient-poor, and 93.4% of the 46 advertised beverages had 100% of calories from added sugar. Peyton Manning (professional American football player) and LeBron James (professional basketball player) had the most endorsements for energy-dense, nutrient-poor products. Adolescents saw the most television commercials that featured athlete endorsements of food.” http://pediatrics.aappublications.org/content/early/2013/10/02/peds.2013-0093.abstract

Meet the scientists who create flavors that make foods and beverages so tasty that critics say they're addictive. One typical example: Food technologists use over 750 distinct formulas of orange-tangerine-mandarin bottled flavors to experiment with in an attempt to discover an irresistible, addictive taste.
http://www.cbsnews.com/videos/tweaking-tastes-and-creating-cravings/