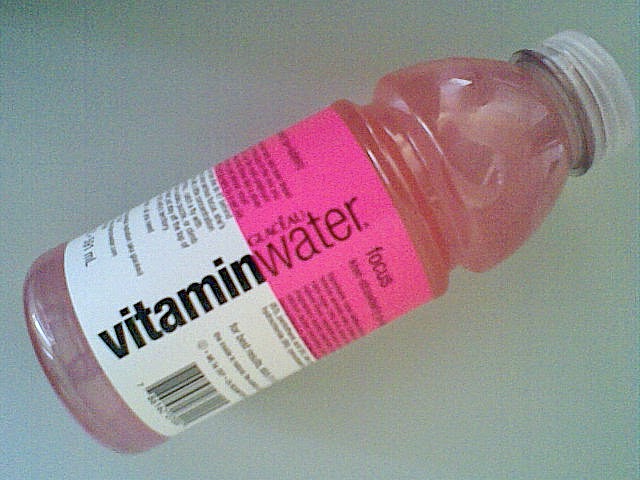 Do we really need to pay more for water “powered” with electrolytes? Physiologist Robert Kenefick of the US Army Research Institute of Environmental Medicine in Natick, Massachusetts: “Most people get all they need from their diets. For recreational activities, most people don’t need more.”

The only exceptions are for athletes and those committed fitness enthusiasts who work out strenuously for more than hour, or more than 90 minutes depending on who you talk to. Marathon runners and those exercising in hot and humid weather also benefit from water with electrolytes, which effectively prevent dehydration. The small number of people who are heavy or “salty” sweaters could benefit also.

Your bottled water enriched with oxygen? Sounds intriguing. Why not? Robert Kenefick explains: “Oxygen binds to hemoglobin in the lungs, and most healthy people’s hemoglobin is already fully saturated at sea level. Oxygen that is dissolved in liquids and consumed is not going to result in an increase in oxygenation of the blood.”

Companies marketing this type of water claim the benefits of more energy and reduced muscle cramping, but no credible studies have been published or provided.

Bottled water enriched with alkaline promise noticeably enhanced energy and decreased sluggishness. Robert Kenefick clarifies: “The kidneys control the pH of blood very efficiently, keeping it slightly alkaline, between 7.35 and 7.45. So if the blood were to become acidic, the kidneys would quickly buffer it back to normal. Drinking an alkaline beverage is not likely to affect your body’s pH.” The average adult’s body holds about 40 liters or 10.6 gallons of water. Drinking an alkaline fuelled water bottle is literally a drop in the bucket.

Major companies like PepsiCo and Coca-Cola are spending millions manufacturing and promoting vitamin and mineral enriched water. A typical 20 ounce bottle of vitamin water contains an incredible 8 teaspoons of sugar – 120 calories. Center for Science in the Public Interest executive director Michael F. Jacobson is outraged: "The marketing of vitamin water will go down in history as one of the boldest and brashest attempts ever to affix a healthy halo to what is essentially a junk food, a non-carbonated soda. Vitamin water, like Coca-Cola itself, promotes weight gain, obesity, diabetes, heart disease, and cannot deliver on any of the dishonest claims it has made over the years." http://www.cspinet.org/new/201307182.html