10 Simple Reasons Why UFOs Are Not E.T.s 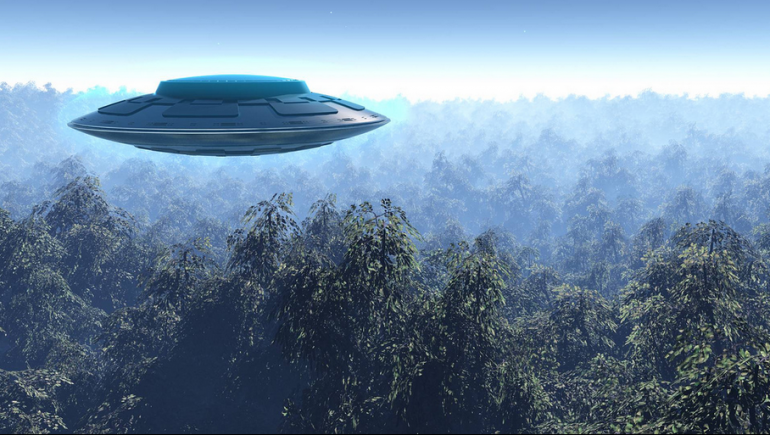 A recent Gallup poll revealed that 24% of Americans, 21% of Canadians, and 19%of Britons believe alien life from far-away planets have and currently are visiting us. After more than 50 years of extraordinary claims, reports and close scrutiny, all we have are anecdotes and dubious images. Here are 10 simple reasons why UFOs are not E.T.s:

1) Not one piece or part of an alien spacecraft has ever been found or presented to scientists for analysis. No strange, otherworldly metal, no high-tech gadgets that baffle engineers, and no alien bodies or exotic parts of alien tissue have ever been discovered.

2) Many peculiar-looking air-borne objects are correctly identified as UFO’s – unidentified flying objects – but are often believed to be flying saucers. Some of the most common are weather balloons, the planet Venus, Chinese lanterns, a remote-controlled plane or drone, a satellite in orbit, a helicopter or an actual small plane or jet. On occasion a distant V-shaped flock of birds that oddly reflects extremely bright lights below has been misconstrued as alien spacecraft.

3) Perception is crucial and often, believing is seeing. A distant, lit-up airliner in the night sky can “appear” to be hovering in one spot, when in fact it is travelling at its normal rate of speed. The unique twin-engine V-22 Osprey can hover in one spot for as long as it wants, then proceed to accelerate to up to 300 MPH.

4) Bizarre-seeming military exercises can be deceptive and give false impressions to the untrained eye. Just one example is a military exercise or test that has a jet fighter defending itself from an oncoming missile. It discharges a small cloud of miniature plastic or metal particles to misdirect the missile. Often this bizarre cloud has reflected light in such an unusual way as to confound and bewilder the curious onlooker standing at a distance.

5) Scientists calculate that every 24 hours at least 4,000 tons of small meteors, rocks and space dust descend and become incinerated in earth’s atmosphere. This daily deluge of celestial matter occasionally reflects the available light in a peculiar way. It is easy to see how this display can be misinterpreted by the entranced onlooker. The human mind naturally tries to connect the dots and make sense of completely random patterns and configurations.

6) It should be no surprise that there always will be mischievous and resourceful pranksters who take great delight in concocting some crafty toy “aircraft” (or flying saucer) specially designed to fool as many unsuspecting gawkers as possible.

7) Clouds? Unlikely. How could a cloud be misconstrued as an alien ship? Check out the collection of several dozen spectacular photos at: http://www.thelivingmoon.com/43ancients/02files/Cloud_Images_Lenticular_01.html

8) We can’t always be sure that what we’re seeing is really what’s there. The world’s best magicians and shamans are clever not only at sleight of hand but sleight of mind. The brain functions in ways that, in the right circumstances, can lead to flawed and unreliable perceptions. If a skillful magician standing right in front of an audience can mislead and deceive, then it is easy to see how this can happen when observing distant, unpredictable and strange celestial phenomena. The fallacy of confirmation bias comes into play for those who want to believe.

9) Almost everyone today has a smartphone that includes an exceptional quality camera to take photos and videos. The number taken every 24 hours across the globe and shared across numerous social media and dedicated web sites has become beyond astronomical. Where are the reasonably detailed, high resolution photos and videos of apparent alien spacecraft? The grainy 1950’s quality ones are all we seem to get. Satellites and drones are also bombarding the world with footage that doesn’t pick up anything authentic or convincing. The tens of thousands of amateur astronomers observing the night sky also seem to have not noticed the celestial traffic.

10) These days some UFO enthusiasts are not so enthusiastic. Dave Wood, chairman of the Association for the Scientific Study of Anomalous Phenomena, paints a bleak picture:

“It is certainly a possibility that in ten years’ time, it will be a dead subject. We look at these things on the balance of probabilities and this area of study has been ongoing for many decades. The lack of compelling evidence beyond the pure anecdotal suggests that on the balance of probabilities that nothing is out there. I think that any UFO researcher would tell you that 98 per cent of sightings that happen are very easily explainable. One of the conclusions to draw from that is that perhaps there isn’t anything there. The days of compelling eyewitness sightings seem to be over.”

The final word goes to author and skeptic Guy P. Harrison, who, like Fox Mulder of The X-Files,  “wants to believe”, but…..

“(Sometimes) we just have to be grown-ups and swallow a bit of frustration. There will always be unanswered questions, and inventing fictional solutions is not the best way to react to them. Don’t forget, I’m a guy who would sacrifice body parts in order to make first contact and hitch a ride with extraterrestrials for a sightseeing tour through the M16 Eagle Nebula and beyond. But I understand how important it is to keep my hopes and fantasies properly corralled so that they don’t compromise my skepticism and critical thinking skills. I think fantasy is wonderful, but I still want to live in the real world. The urge to believe should never overwhelm the need to think. And the lack of satisfying answers to everything should never excuse us to swap reason for made-up answers.”

Jasper Copping, “UFO enthusiasts admit the truth may not be out there after all”
http://www.telegraph.co.uk/news/newstopics/howaboutthat/ufo/9653499/UFO-enthusiasts-admit-the-truth-may-not-be-out-there-after-all.html