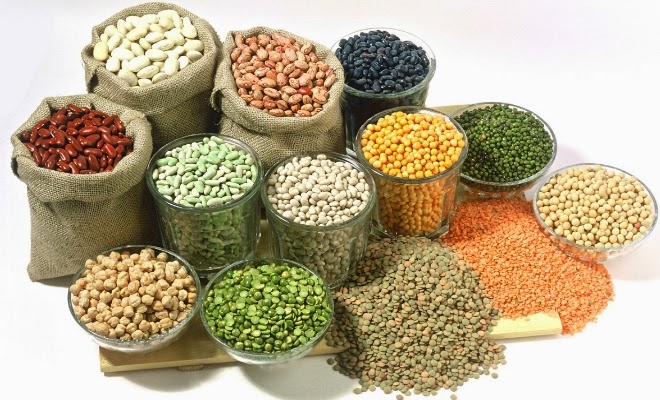 The gluten-free Wheat Belly phenomena has changed the eating habits of millions of people. Is it based on hard science or is it the latest fad diet? Below are seven claims debunked from the book that started it all – Wheat Belly by William Davis.

1) Davis claims that wheat is addictive – the average person can’t stop consuming all types of wheat-based products. His only source for this is a 1979 study on dead rat brains. Numerous scientific studies since then on wheat and addiction have found no correlation between the two.

2) Davis claims that wheat causes colon, breast, pancreatic and most other cancers. Sound scientific research has linked obesity to cancer. Davis makes the irrational leap that because over-indulgence in wheat-based foods causes obesity, therefore wheat causes cancer. No direct connection between wheat and cancer has ever been discovered in endless studies and decades of research. This is the fallacy of false causation – Confusing Association with Causation (see link below).

3) Davis claims that wheat causes all types of mental illnesses: depression, schizophrenia, dementia, paranoia, bipolar illness and anxiety, just to name a few. His only basis is one 1966 study. After almost 50 years of research and hundreds of studies, no link has ever been found between wheat and mental illness. Selecting just one study to support one’s beliefs is fraud. Several dozen or hundreds of studies that correlate and support a particular finding is the only honest and scientific method to arrive at a reliable and responsible conclusion.

4) Davis claims that eliminating all wheat from one’s diet will help the person lose weight and feel better. The reality is that all successful weight loss plans will make the individual feel better and have more energy. When wheat is eliminated from the diet, many calories and carbs are eliminated, and the determined dieter will inevitably feel great. This is another example of false correlation and false causation. Also, most advocates have not been tested for celiac disease or wheat sensitivity. They were influenced by all the publicity in the media. Some of them are feeling great not just because they have lost weight and adopted a healthier lifestyle, but because they do have celiac disease or wheat sensitivity and don’t know it, and eliminating wheat has obviously improved their overall health.

5) Davis claims that today’s wheat is not the same as that grown 100 years ago. It is well known that the agricultural industry has made genetic modifications over the years to increase yield, but wheat geneticists assert it is essentially the same, and no toxins or poisons have ever been added or discovered. (16 minutes 00 seconds - 19 minutes 01 seconds video below)

“It is relatively easy, when you know some science, to cherry pick the data. And to make it sound much more compelling than it is. Especially if you can portray yourself as a knight in shining armor who is going to save the population from the clutches of this unholy alliance between Big Pharma, Big Food, the agricultural industry, academic scientists, who for some reason want to undermine our health. This is one of these arguments that has one smidgeon of scientific fact to it, which is then exploded to a whole blob of nonsense.”

It’s a conspiracy! When Wheat Belly advocates are stumped and can’t come up with hard facts to support their beliefs, their only recourse is - It’s a conspiracy! The entire food industry is plotting to murder millions by keeping the masses addicted to wheat rich foods. These tactics are common and identical to tactics used to promote all types of conspiracy theories: http://www.mybestbuddymedia.com/2013/12/conspiracy-theories.html

7) Davis claims that wheat has caused “more human disease and suffering than all wars combined.” Here is his official list of conditions caused by consuming, or treated by removing, wheat:

The reality is that a diet rich in whole grains has been proven to help guard against several diseases. A 2010 symposium by the American Society for Nutrition determined that: “Current scientific evidence indicates that whole grains play an important role in lowering the risk of chronic diseases, such as coronary heart disease, diabetes, and cancer, and also contribute to body weight management and gastrointestinal health … Existing evidence indicates that whole grains have a beneficial health effect; much of the evidence comes from observational studies that have demonstrated an association between whole grain intake and disease risk reduction.”     http://www.ncbi.nlm.nih.gov/pmc/articles/PMC3078018/

Most prominent medical associations do not endorse the Wheat Belly or a gluten-free diet, with the exception for people who actually have celiac disease. Some of them are: The American Heart Association, The American College of Cardiology, The Obesity Society and The Canadian Celiac Association.

Going gluten-free just because? Here’s what you need to know  http://www.health.harvard.edu/blog/going-gluten-free-just-because-heres-what-you-need-to-know-201302205916

The dangers of going gluten-free  http://www.macleans.ca/society/life/gone-gluten-free/

Gluten-Free, Whether You Need It or Not http://well.blogs.nytimes.com/2013/02/04/gluten-free-whether-you-need-it-or-not/