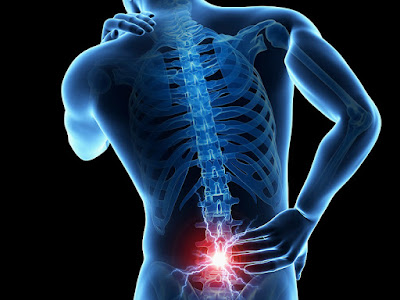 Respected and recognized among chiropractic professionals, Bruce F. Walker is the Head of the Chiropractic Program and Associate Dean (Research) within the School of Health Professions at Murdoch University.  He is also the editor Chiropractic & Manual Therapies. He recently issued a global Open Access Commentary to the entire profession, admonishing many of its members for using antiquated, non-evidence based approaches in dealing with patients. Below are some highlights which expose many of the medical scams and frauds being perpetrated by chiropractors in the US, Canada, Australia, Europe and other parts of the world. For the full open letter click  http://docplayer.net/20396779-The-new-chiropractic-bruce-f-walker.html


1)  Walker admits the profession’s reputation has suffered greatly due to many of its member’s unsubstantiated practices:

“The profession by and large graduates competent manual therapists who contribute well to their communities and are good professional citizens, but there are still aberrant elements with a profound retrograde ideology. These individual and organised elements have caused the profession untold reputational damage and continue to do so. As a consequence the professions reputation is commonly poor among other health professions with whom it is compared and its approval is variable within the community at large.”

2)  Walker exposes the lack of proper teaching and education in the field, which inevitably leads to an embarrassment of phony treatments:

“Chiropractic education should where possible be conducted at universities and this does not mean small single purpose institutions that are deemed universities in name only. Why is this recommended? Primarily because unlike some private colleges, government funded universities insist on intellectual evidence based rigour in their learning and teaching and importantly require staff to be research active. Chiropractic courses need to have an underpinning pedagogy that insists that content is taught in the context of the evidence and that students obtain the necessary training to question and critically appraise.

“The training of chiropractors as career researchers needs to be prioritised. All chiropractic staff at Universities and Colleges need to be research active and have or obtain research doctorates such as PhDs. While useful research outputs are evident from many chiropractic colleges it is not enough to have undersized and under resourced research departments within chiropractic programs. It is worth stressing that research is a vital strategy in the advancement of the chiropractic profession and the public it serves.”

3)  Walker slams the common, endlessly debunked practice among chiropractors of vitalistic subluxation, which is the belief that adjusting the spinal column will cure a variety of non-spinal diseases:

“Underpinning chiropractic education is program accreditation and this is also in need of review particularly where vitalistic subluxation based courses have been legitimised by the accreditation process. The question needing to be posed is ‘if colleges espouse to graduate subluxation based chiropractors, how can they legitimately achieve accreditation?’ I postulate that it is self-evident that there must be something wrong with an accreditation system that allows this to happen regardless of how worthy the institution is in other ways.”

Just one example of research done by four scrupulous chiropractors:

What’s shocking is how prevalent these beliefs are:

“While some chiropractors have rejected the subluxation paradigm, it is supported by the major chiropractic organizations and schools and is considered essential by the great majority of practicing chiropractors. In two recent studies cited in the Mirtz et al. article, 98% of chiropractors believed that ‘most’ or ‘many’ diseases were caused by spinal misalignments and over 75% of chiropractors believed that subluxation was a significant contributing factor to 50% or more of visceral disorders (such as asthma and colic), an implausible idea that is not supported by any evidence whatsoever.”    https://www.sciencebasedmedicine.org/the-end-of-chiropractic/

4)  Walker discloses how untrained and inexperienced many chiropractors are:

“Chiropractic education should also involve specifically relevant hospital access or work experience such as hospital rounds so that students can observe patients that are truly unwell and observe the signs and symptoms taught in their theory classes. Hospital rounds would also allow chiropractic students to interact with other health providers and increase the likelihood of legitimate partnership and respect between health professions.”

5)  Walker unashamedly reveals the sad professional state and well-earned reputation of much of this field, admitting its anti-science bias:

“Chiropractors need to become solely musculoskeletal practitioners with a special emphasis on spinal pain. If the profession becomes the world’s experts in this area it will command the respect deserved. Importantly it will not be seen as a collective of alternative medicine practitioners with a strange belief system and a large minority displaying derision of science and medicine.”

6)  Walker exposes the many chiropractors who practice with the full knowledge that many of their “remedies” are not evidence-based:

“The adoption of evidence based practice is critical to the future of chiropractic and yet there is resistance by elements within the profession. Soft resistance occurs with attempts to change the name of ‘Evidence-based practice’ (EBP) to ‘Evidence-informed practice’ (EIP) … So why are some of our profession so keen to use this alternate and weaker term?’ (EIP).”

7)  Walker implores chiropractors worldwide take a leadership role in exposing the fraudulent practices rampant within the profession, even describing many of the ideas as illogical and dangerous:

“If an idea is nonsensical practitioners should express their opinion and make a stand, otherwise their silence will be regarded as consent. Insist that professional chiropractic organisations take a public stand against biologically implausible notions and theories, illogical ideas, dangerous practices and be prepared to report even likable but misguided individuals. It is not treason to seriously question abnormal and implausible ideas within the chiropractic profession. In the short term the consequences may be cathartic but they will ultimately lead to positive change.”

8)  Walker opposes the many chiropractors who have anti- vaccination views and others who try to convince parents their baby would benefit from their treatments, both which fall into the categories of snake-oil and quack medicine:

“It is important to speak up openly in favour of evidence-based public health measures and to join public health associations and agencies. Chiropractic can and should get involved in health promotion and disease prevention especially in two main areas. First, where there is a synergy with musculoskeletal disorders such as osteoporosis, falls prevention, the aging spine, ergonomic design of furniture and work stations to name a few; and second to actively counter the disinformation perpetrated by rogue elements within the profession. For example, chiropractors promoting anti-vaccination views need to be countered and also those in the profession who seek to medicalise infancy by ‘diagnosing’ infants with notional spinal manipulable lesions. In this way we will nullify the destructive reputational damage caused by anti-public health advocates in our profession and in turn bolster public health and indeed chiropractic ’s reputation through advocacy in these areas.”

9)  Walker boldly demands integrity, solid evidence backing up claims, and a public apology from many chiropractors and their representative bodies:

“In the future more and more evidence will inform our history taking, examination procedures, selection of diagnostic tests, the therapies chosen and the advice given. It is very likely that the future chiropractor will be more efficient, safer and more effective in clinical practice for those with spinal pain than those of today. The profession should not be afraid of the change demanded by new evidence. Indeed, chiropractors should be prepared to alter how they as individual practitioners communicate with patients, the diagnostic tests used or ordered, the prevention strategies recommended and the therapies administered including the use of medication and other interventions that are synergistic with musculoskeletal disorders.”

11)  Walker’s summary of the problems and blatant scams that need to be addressed in order for the profession to gain legitimacy and respectability:

----Adherence to a flawed chiropractic ideology centering on "innate intelligence" and vitalism
----Anti-vaccination propaganda
----Anti-physiotherapy sentiments
----Over-servicing, including unnecessary treatment of babies
----Use of the term "subluxation" as a valid diagnosis
----Biologically implausible diagnostic tests and therapies without supporting evidence
----Lifetime chiropractic care in the name of "wellness"
----Claims of cures for visceral and other non-musculoskeletal conditions
----Anti-drug and anti-medicine propaganda
----Misleading and deceptive advertising
----Unscrupulous contracts of care
----Obligatory full-spine x-rays
----Unfounded claims of decreased immunity from "subluxation" and increased immunity from chiropractic treatment
----An unhealthy disregard of clinical research, evidence based practice, and non-specific treatment effects including natural history and the placebo effect