The Basic Cruelty and Inhumanity of The Sandy Hook Hoaxers: 17 Examples 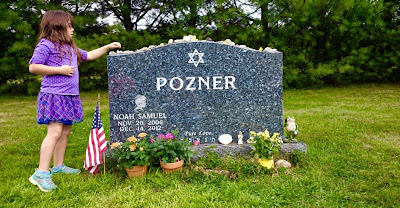 Within days after a crazed shooter murdered twenty children and six adults at Sandy Hook Elementary School in Newton, Connecticut on December 14, 2012, conspiracy theorists began circling their prey. The internet was rife with views that the massacre was actually carried out not by the identified shooter but by New World Order global elitists whose aim was to take away guns and basic rights and freedoms. Here are just a few examples of the hoaxer’s cruelty:


---- A good summary of the theories is that “a powerful force …. staged the shooting, with the assistance of paid ‘crisis actors,’ ….  other Sandy Hook families, and countless Newton residents, government officials, and media outlets.” All hoaxers either don’t believe the kids ever existed or were “living in an elaborate witness-­protection program.”

---- Conspiracy theorists immediately swamped local Newton and state officials with late night anonymous phone calls to their homes asking questions like: “Why were there no trauma helicopters?”

----One man traveled from Virginia to Newton, robbed playground signs memorializing two of the children, then phoned their parents saying they shouldn’t be upset because their kids were fictional characters both part of a conspiracy.

---- In November of 2015, a memorial run took place for one of the Sandy Hook teachers, Vicki Soto. A Brooklyn man named Matthew Mills walked up to Soto’s sister and “demanded that she tell him whether a family photo had been Photo-shopped to include Vicki, whom he believed didn’t exist.” (See citation below)

---- Within four weeks after the massacre, a 30-minute YouTube video, viewed more than 10 million times, asked insane questions like “Wouldn’t frantic kids be a difficult target to hit?”

---- Hoaxers tried to delegitimize the identity of one grieving mother, Veronique Pozner. They “quickly scoured family photos on Veronique’s online accounts and began dissecting them for odd shadows or strange poses, suggesting that she had been inserted into the family via Photoshop.”

---- Veronique Pozner’s husband Lenny attempted to answer the hoaxers by releasing his son’s birth and death certificates, as well as the medical examiner’s report. Without any evidence the hoaxers deemed them counterfeits. He also joined a prominent Facebook group of hoaxers to try to correct their suspicions. Some asked sincere questions but many simply launched profanities or asked about theories that had already been debunked.

---- Lenny Pozner received many emails asking for “proof that anyone died at that dilapidated dump of a school,” then adding: “One more thing before I close, your wife is uglier than sin.” These trolls also posted on social media that he was a child pornographer.

---- Most mornings Pozner Googles his own and his son’s name, Noah, to see if he needs to report to the authorities any maligning and slanderous videos or articles. Twitter is frequently used to attack him. Some days he gets hundreds of tweets labelling him as “Cyber Terrorist Child Predator Lenny Pozner.”

---- There is nothing sacred for hoaxers. “At one point, they vigorously picked over the details of Noah’s funeral. Prior to the ceremony, the family opened Noah’s casket for a private viewing, which was reported in the news. It’s not an unusual custom for Jewish families, but hoaxers alleged it was against the laws of the religion, which somehow helped substantiate their claim that Noah wasn’t real.”

---- Hoaxers labelled the Sandy Hook families as treasonous government operatives. “To press their case, they designated themselves authorities on the physiology of grieving. The parents didn’t appear sad enough in interviews, they argued; therefore, they could not possibly have lost children.” One leading hoaxer claimed: “They aren’t behaving the way human beings would act.”

---- One hoaxer, Tiffany Moser, had a change of mind and heart, left the onslaught of viciousness by the theorists, and began to help Lenny Pozner and others who were trying to defend the families and expose the hoaxers. Her former friends immediately “turned on her, accusing her of being a part of the conspiracy all along. Moser said they published her personal information, as they had done with several Sandy Hook families, and reported her to Child Protective Services.”

---- One of the lead hoaxers, Wolfgang Halbig, a 70-year-old retired school administrator in Florida, took it upon himself to email several parents and other people involved. One email was sent to Sally Cox, the school’s nurse, who hid in a closet, terrified, with her eyes closed. Halbig asked: “Why close your eyes when you have seen blood before - you are a nurse?” He also published in social media, web sites and blogs insensitive questions like: “Why did the parents of the two children who died at the Danbury hospital not allow their children to donate their organs to other children waiting for the gift of life?”

---- Because of Halbig’s relentless harassment of the families and officials involved, the Florida police visited his home and told him Connecticut police were going to charge him with harassment if he didn’t stop. This catapulted him to celebrity and hero in the sordid world of conspiracy theorists.

----Halbig’s viciousness also went as far as propagating that one of the little girls was not killed but living by another name with another family. The two girls can seem to look alike “if you pick the right photograph from the right angle”. The actual living girl – still living in Newton and now 12 years old – if she were to Google her name, would get numerous results claiming she is in fact her deceased schoolmate and part of the conspiracy.

---- In the New York magazine’s article on the Sandy Hook hoaxers, the writer interviews Halbig, whose most convincing question he believes is: “who ordered the port-a-potties? The vast conspiracy could be cracked, Halbig believed, if he could prove that toilets brought to the scene after the shooting had not been delivered by a local port-a-potty company hoping to be useful during a tragedy but had instead been ordered in preparation for a staged event. Halbig tends to fixate on minor details that he imbues with outsize meaning, a strategy that also has the benefit of filling his days with an endless number of leads to follow. He ignores countervailing arguments and exaggerates both the evidence for his theories and his credentials, which he regularly cites as qualification for his investigation.”