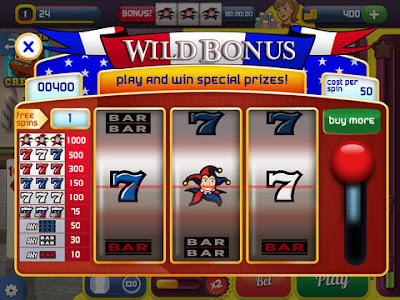 ----Just 40 years ago casino gambling was only legal in Atlantic City and Nevada.

----Casino gamblers bet more than $37 billion annually in the US. This is more money spent on music, movies and sporting events combined!

----There are more than 900,000 slot machines in the US. The world’s largest manufacturer of these machines, International Game Technology, had $2.1 billion in revenues in 2014.

----Approximately 3 – 4 million Americans have a “gambling disorder”, according to the National Center for Responsible Gaming. Another 5 -8 million “meets some of the American Psychiatric Association’s criteria for addiction but have not yet progressed to the pathological, or disordered, stage.”

----Gambling is considered an addiction similar to drug and alcohol abuse: “Some gambling addicts report that they experience a high resembling that produced by a powerful drug. Like drug addicts, they develop a tolerance, and when they cannot gamble, they show signs of withdrawal such as panic attacks, anxiety, insomnia, headaches, and heart palpitations.”

----Electronic gaming machines have been labelled the “crack cocaine of gambling.” A 2002 study of gambling addicts showed that “individuals who regularly played video gambling devices became addicted three to four times more rapidly than other gamblers (in one year, versus three and a half years), even if they had regularly engaged in other forms of gambling in the past without problems.”

----Feelings of despair are common among gamblers. The National Council on Problem Gambling estimates that “one in five gambling addicts attempts suicide—the highest rate among addicts of any kind.”

----Problem or pathological gamblers are a major part of any casinos total earnings. Nine independent studies “demonstrate that problem gamblers generate anywhere from 30 to 60 percent of total gambling revenues.”

1) Casinos tweak and adapt their customer’s experiences – to influence them to bet more - from a large data base of information. New York University professor Natasha Dow Schüll spent 15 years researching casinos and authored the 2012 book Addiction by Design: Machine Gambling in Las Vegas. She discovered that: “70 percent of patrons now use loyalty cards, which allow the casinos to track such data points as how frequently they play electronic gaming machines, how long they play, how much they bet, how often they win and lose, what times of day they visit, and so on.”

2) Casinos cleverly influence gamblers to exceed their spending limits: “Several companies supply casinos with ATMs that allow patrons to withdraw funds through both debit and cash-advance functions, in some cases without ever leaving the machines they are playing. (Some of the companies also sell information on their ATM customers to the casinos.)”

Schüll writes about this in Addiction by Design:

“Wander through a casino at almost any hour, and you’ll see people transfixed before the machines, their fingers poised over the buttons, jabbing at them like rats in cages. The ability to immediately access additional cash at many machines ‘shrink[s] the time that transpires between a player’s impulse to continue gambling and the means to continue gambling, thus minimizing the possibility for reflection and self-stopping that might arise in that pause.’  They’re lulled into a ‘state of suspended animation that gamblers call the zone.’”

3) Casinos have no mercy and spare no effort into encouraging frequent gamblers to come back again and again:

“Despite those customers’ big losses—or rather, because of their losses—the casinos lure them to return with perks that include complimentary drinks and meals, limo service, freebies from the casino gift shop, golf excursions for their non-gambling spouses, and in some cases even first-class airfare and suites in five-star hotels. They also employ hosts who befriend large spenders and use special offers to encourage them to stay longer or return soon.

4) Those pretty casino hosts are like sharks smelling blood:

“Hosts are also on the lookout for telling behavior, such as someone striking a machine in frustration or slumping over it in discouragement. When hosts spot someone in a state like this, they may swoop in and offer a voucher for some free credits, a drink, or perhaps a meal in the restaurant, where the player can take a break until the resistance passes and he can resume gambling. The hosts may also offer encouraging words such as You’ll win it back ….. Some hosts receive bonuses that are tied to the amount customers spend beyond their expected losses, which are calculated using the data gathered from previous visits.”

5) Casinos have it down to a science in targeting their regulars:

“Casinos have developed formulas to calculate the ‘predicted lifetime value’ of any given individual gambler. Gamblers are assigned value rankings based on this amount; the biggest losers are referred to as ‘whales.’ These gamblers become the casinos’ most sought-after repeat customers, the ones to whom they market most aggressively with customized perks and VIP treatment.”

6) Behind every deceptive feature in slot machines and video poker is the subtle objective to keep players in front of the screens as long as possible. A well-known gambling maxim is that “given enough time, the house always wins”:

“Casinos and game designers have come up with many ways to keep patrons at their machines and playing rapidly. The chairs are ergonomically designed so that someone can sit comfortably for long stretches. Winnings can be converted back to credits or printed on vouchers to be redeemed later. Waitresses come by to take drink orders, obviating the need for players to get up at all.”

“The zone provides an escape from life’s daily troubles, from past trauma, and even from the gambling debt accumulating with each spin. Players have gone for 14, 15, 16 hours or more playing continuously. They have become so absorbed in the machines that they left their young children unattended in cars, wet themselves without noticing, and neglected to eat for hours.”

“But where each reel stops is no longer determined by the force of a good pull of the lever. Rather, a computer chip within the machine chooses an outcome using ‘virtual reels,’ which may include different quantities of the various symbols—more blank spaces, for instance, and fewer symbols for big jackpots. The physical reels are not spinning until they run out of momentum, as it might appear. Rather, the chips ‘tell’ them where to stop the moment a customer pulls the lever or pushes the button. Thus it is possible for game designers to reduce the odds of hitting a big jackpot from 1 in 10,648 to 1 in 137 million. Moreover, it is almost impossible for a slots player to have any idea of the actual odds of winning any jackpot, however large or small.”

9) Casinos deceptively give players the illusion of control. The more gimmicks and features are enticingly presented, the more customers will think their skills and smarts will help them win. Just one example is the Stop Button:

“That’s when a jackpot symbol appears directly above or below the pay line. The intent is to give the player the impression of having almost won—when, in fact, he or she is no closer to having won than if the symbol had not appeared on the reel at all. Some slot machines are specifically programmed to offer up this near-miss result far more often than they would if they operated by sheer chance, and the psychological impact can be powerful, leading players to think, I was so close. Maybe next time.”

11) The new high-tech slot machines have other ways to trick players into believing they have won:

“These machines allow ‘multiline’ play, an innovation that became common in the 1990's. Instead of betting on one simple pay line, players are able to bet on multiple patterns of pay lines—as many as 200 on some machines. This allows for more opportunities to win, but the results are often deceptive. For instance, if you bet $1 on each of five different patterns and then get a $3 payout on one pattern, the machine will treat you like a winner, with flashing lights and congratulatory videos and the requisite clinking of virtual coins. The reality, of course, is that you have lost $2.”

Dr. Kevin Harrigan is co-director of the Gambling Research Lab at the University of Waterloo:

“The brain somehow registers a win. No matter what you think, physically you’re being affected by these things—the lights, the sounds, the graphics—as a win. You can get 150 to 200 of these false wins, which we also call losses, an hour. That’s a lot of positive reinforcement.”

12) Video poker is not exempt from manipulative gaming features:

“They (game designers) saw, for instance, patrons going more often for four of a kind than the royal flush, a rarer but more lucrative hand, and they adjusted the machines accordingly. Video poker also offers its own version of losses disguised as wins. Today’s ‘multihand’ video-poker machines—triple-play, 10-play, and even 100-play—allow patrons to play multiple hands simultaneously. This creates an experience similar to multiline slots, in which players are likely to ‘win back’ a portion of each bet by frequently hitting small pots even as they are steadily losing money overall.”

Roger Horbay is a former addiction therapist who now runs Game Planit Interactive Corp., a company that advocates for consumer protection in the gambling industry:

“We’ve been treating these people like they’re messed up, but it’s the machines that are messing them up. A lot of the so-called cognitive distortions were actually caused by the machines, not [because the users] were making errors in thinking. Most of them are making correct conclusions based on deceptive information. It’s the lie of the technology that’s the problem.”

13) One of the cleverest methods casinos use is the ploy of Small Wins:

“When playing a slot machine, a player may experience frequent small wins. These small wins are not enough to compensate for the amount of money lost, and the money from the wins is usually rolled back into the game. As a result, a player may begin playing with $100 but may bet much more than that over the period of play because the small wins are added to the original investment of $100. Like false wins, small wins give players the feeling that they are doing better than they really are. This may create the illusion that continuing to play will lead to a large win, when in fact extended play typically leads to more losses. Players are more likely to stop playing when they have a large win and more likely to continue gambling when they have a smaller win.”

14) Unlike state lotteries, casinos don’t have to tell you the odds:

Casinos refuse to disclose odds for their electronic gaming machines because, in their own words, that would “take away the mystery, the excitement and entertainment and risk of playing those machines.” Consumer advocate Roger Horbay:

“These machines present all sorts of deceptive trade practices that wouldn’t be allowed in any other industry, not even in other gambling games. The standard for game fairness is nonexistent on slots.”

10 Clever Ways Casinos Separate You From Your Money ……....  http://www.mybestbuddymedia.com/2014/03/10-clever-ways-casinos-separate-you.html