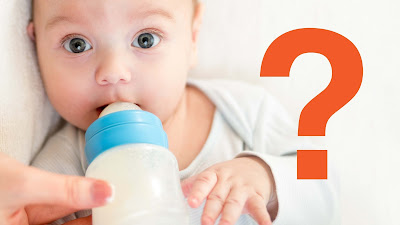 An excellent case study of the unsubstantiated fears regarding vaccines is the 1999 concerns by some doctors over the microscopic amount of mercury inside vaccines for children. Their resulting decisions put numerous children at risk. Leading vaccine specialist and researcher Dr. Paul Offit is head of the Division of Infectious Diseases and the director of the Vaccine Education Center at the Children’s Hospital of Philadelphia. In his recent book, Pandora’s Lab: Seven Stories of Science Gone Wrong, Offit concisely presents how unproven anxieties and unfamiliarity over seemingly dangerous substances can lead to deadly consequences:


“Preservatives were first added to multidose vials of vaccines back in the 1930’s. The reason was that as the needle penetrated the rubber stopper again and again, bacteria could enter the vial. In the early 1900’s, children receiving the eighth, ninth, or tenth dose of vaccine might be inoculated with bacteria that had inadvertently been introduced into the vial, causing severe and occasionally fatal infections. By adding preservatives containing ethylmercury to vaccines, this problem disappeared. But in the late 1990’s the question arose, at what price?

“In 1999, some physicians worried that babies and young children might be exposed to too much mercury in vaccines. What happened to thimerosal in vaccines in the 1990’s eventually mimicked what had happened to DDT in the 1970’s. Exercising caution, thimerosal was precipitously removed from infant vaccines and branded with a scarlet letter. During the year or so when manufacturers were gearing up to produce thimerosal-free vaccines, some, like the hepatitis B vaccine, still contained thimerosal. About 10 percent of hospitals decided not to give thimerosal-containing hepatitis B vaccines; as a result, one three-month-old child in Michigan died of overwhelming hepatitis B virus infection and six children in Philadelphia born to mothers infected with the virus weren’t vaccinated, condemning them to the likely development of chronic liver disease (called cirrhosis) or liver cancer later in life.

“These hospitals had wrongly assumed that the harm from a thimerosal-containing hepatitis B vaccine (which was theoretical at best) was greater than the risk of getting hepatitis B (which wasn’t theoretical at all). Within a few years of the removal of thimerosal from vaccines given to young children, seven studies showed that it hadn’t caused harm. The only harm had come from elevating a theoretical risk above a real risk.

“It’s not hard to understand how this could have happened. Mercury is never going to sound good. (There’s no such thing as the National Association for the Appreciation of Heavy Metals.) Large quantities of mercury have clearly been shown to cause harm. Indeed, environmental mercury contaminations caused by a chemical spillage in Minamata Bay, Japan, or by fumigating grain in Iraq damaged hundreds of babies and fetuses.