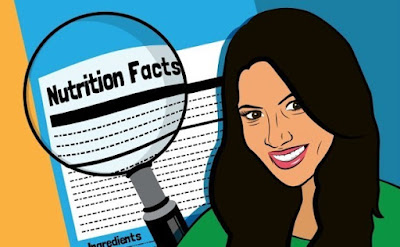 The self-appointed health guru Vani Hari, better known as The Food Babe, is a master at peddling food-based conspiracy theories and characterizing all chemicals as toxic poisons. Adopting techniques from Alex Jones and Joe Mercola, she trumpets ominous warnings about big food companies out to poison you, but no worries, she will save you from certain sickness. This technique cleverly hijacks the brain and makes her readers so alarmed and anxious that they don’t take the time to fact-check her claims but are suddenly desperate for any relief and wisdom she gladly provides. Just a few of her most prominent unscientific, alarmist and remarkable fails:


Fail 1: Chemicals Are Your Enemy

The Food Babe’s most famous quote is: “There is just no acceptable level of any chemical to ingest, ever.” She spawns unnecessary fear and misinformation regarding chemicals. A brief summary for the average person of what they truly are:

“Describing toxic and harmful chemicals as just plain ‘chemicals’ comes from a good place. It is true that not all chemicals are good for us, and even those that are (like water or fluoride) can be harmful if we are exposed to too much or in the wrong way. However, all matter is made of chemicals, so it’s important to be more explicit.

“Remember, most chemicals are pretty amazing, they are all around us and they are us. Take a minute to look around you. The objects you are able to see are due to chemicals absorbing light, the things you smell are chemicals binding to your olfactory receptors, and chemical signals in your body are responsible for your ability to sense these things. Chemicals deserve respect and appreciation because whether or not you want to admit it your friends are chemicals!”

Fail 2: Attack Mode - Everyone Who Disagrees Is A Shill

Instead of engaging in constructive dialogue with scientists from the food industry who point out her errors, she aggressively attacks them, calling them shills for big corporations: At a lecture by the Food Babe, Alison Bernstein (Ph.D. in Biology and Biomedical Sciences and post-doctoral training in neuro-toxicology and epigenetics) challenged her:

“When Bernstein challenged Hari’s claim that organic farming don’t use pesticides, Hari first falsely contradicted her, then changed the subject and finally entered attack mode, accusing Bernstein of being one of those ‘people who don’t want the [pro-organic] message spread.’ Bernstein, she implied, wasn’t an independent scientist–she is–but a shill for the food industry.

“It was surprising that Hari even answered questions. At most events–such as an appearance earlier this year at the University of Florida, Hari refused to respond to audience queries. Taking questions implies a commitment to dialogue. Rather, Hari motivates by instilling fear, uncertainty and doubt. She demonizes what she doesn’t understand, and has become quite wealthy in the process. Indeed, the hypocrisy of her calling science advocates ‘shills’ is astonishing.

“Bernstein observed that Hari courts her audience by making it seem as if she is empowering them: knowledge is power is her narrative. As per her M.O., Food Babe gushed about empowering consumers with information of the dangerous ingredients that haunt their foods. But is arming consumers with misinformation empowering? Or does it exploit their fears of the unknown? People can only make wise decisions when they have access to accurate information. Instilling unfounded fears of food is the opposite of empowering.”

The Food Babe doesn’t grasp the concept of “the dose makes the poison” and boosts her reputation by attacking food companies and their deadly ingredients. Just one example:

“Azodicarbonamide  is used for a couple of purposes. It's used as part of making plastic foams (thus its reputation as the ‘yoga mat’ chemical), and it's also used as an oxidizer and improver in wheat flour. It's illegal in some countries, but not in the US and Canada, where it's allowed at a level up to 45 ppm. It isn't terribly toxic; if you inhale it, there's a very good chance it will give you asthma, but in the concentrations found in commercial flour, this isn't really a concern. In addition, it breaks down during baking into the even less dangerous biurea, which is present in such small amounts that it's borderline homeopathic. It probably isn't something we need in our bread flour — if it concerns you, just buy unbleached flour — but as toxins go, it's only of concern to the people who manufacture it and the people who use it in plastics factories and grain mills, presumably people who already use respirators or masks as standard safety equipment.

"Hari decided that it had to go. After all, if a substance is used in an industrial process, it has to be bad for you to eat, right? (Please don't tell her about how soybean oil is used in printing ink and hydraulic fluid, ethanol is added to gasoline, baking soda is used to strip paint, vinegar can wash clothes, or the terrifying use of molten table salt in heat-treating steel.)

“Her campaign led to Subway, the sandwich chain, pledging in March 2014 not to use it in their bread dough. Subway had already decided to remove it from their bread before the Food Babe's petition came along, for reasons unrelated to her accusations, but her campaign prompted them to announce this fact publicly. This provided Hari with a stopped clock moment of sorts, but even then for all the wrong reasons; her campaign was based not on science but chemo-phobic scare tactics, and targeted the wrong part of the supply chain. While not a complete waste of time, there was a lot of effort expended for what, in scientific terms, was a very, very small victory. Presumably she will campaign against tofu next since it's made out of plaster and chalk .”

What is most remarkable about The Food Babe is how she condemns certain ingredients in products put out by commercial food companies, but then promotes alternate products with the exact same ingredients. And of course she makes a fortune from these products. Here are just six examples:

----She Did It Again! Food Babe Linked To Another Company Using Same Dyes She Forbids
https://badscidebunked.wordpress.com/2015/02/27/she-did-it-again-food-babe-linked-to-another-company-using-same-dyes-she-forbids/

----Trix Are For Food Babe
https://badscidebunked.wordpress.com/category/food-babe-2/

The Food Babe has compiled a list of over 610 "dangerous" products, vendors, and brand names. This has to be seen to be believed. Are shoppers supposed to bring that list to their store and spend hours avoiding every menacing item? One wonders if even her die-hard followers take everything she says seriously.

Fail 6: A Letter To The Food Babe From A Fellow Feminist

From an indignant Kavin Senapathy, author and public speaker who challenges unscientific and misleading information. Why exactly is Vani Hari so vindictive, spiteful and bitter?

“I was shocked and heartbroken to see you conflating my message and those of my comrades with the hateful, and violently misogynistic messages you’ve received. You call me the spokesperson for a ‘hate group,’ yet I’m a feminist, skeptical and above all else compassionate writer. Many women have been targets of misogyny online. Internet misogyny is a scourge that we all should continue to combat together. I too have been targeted, told that I’m ‘poisoning’ my children and that it will be my fault if they ever suffer a terminal illness. In addition, I’m Indian-American just like you, and have always defended you against ignorant racist remarks, in part because I know how it feels.

“While these attacks are deplorable, they are irrelevant to the majority of sensible, scientific and civil backlash against your work. Conflating misogyny with relevant opposition is underhanded. You are using this in an attempt to derail the entire conversation–a public conversation in which you’ve never even been willing to engage. You’re throwing yourself a pity party and inviting your entire army.

“The fact is you have refused to engage with reasonable critics of your writings–the misinformation, sometimes dangerous, that you spread so carelessly. Being critical of your campaigns does not make someone hateful. I’ll repeat, it’s hurtful and offensive to paint all of your opponents with a ‘hate group’ brush. Peruse the 4000+ members of the Banned by Food Babe group and read the comments. These are not the comments of a hate group.

“Vani, you exemplify the most condemnable misogynistic attacks as representative of your opponents. None of the people or organizations you lambast in your post condone these awful attacks. Yet, you personally are responsible for unsubstantiated, utterly fabricated ad hominem attacks against many of us, and to which I’ve been subjected all too often–the ‘shill’ gambit.

“Not everyone who is critical of you is automatically a shill for Big Ag or Big Biotech. Unfounded accusation of shilling is based in ignorance and disingenuousness. This is an empty tactic. If any of us truly has a ‘financial incentive’ to oppose you, please, produce tangible evidence, don’t just spew rhetoric. How is Dr. Kevin Folta, department chair of Horticultural Sciences at the University of Florida, one of the most independent of scientists in the world with no industry connections making money from the biotech industry and Monsanto? How are Chow Babe, Science Babe, Food Hunk or I profiting from criticizing your views? Produce evidence.

“Vani, I implore you to stop name-calling and throwing tantrums, and to respond to the relevant questions posed to you. And if you disagree, rather than retreat into your echo chamber of support, venture out and engage with critics. We’re all willing and eager to dialogue, in public, and in any forum of your choosing.”