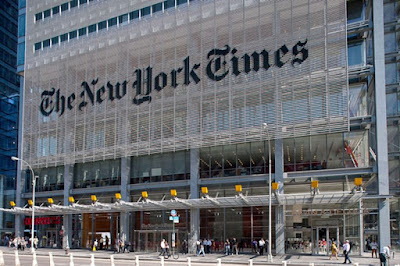 The average American’s and Canadian’s trust in the mainstream media has been steadily eroding – on both the left and right. Liberal and conservative media outlets have been losing credibility and the more fanatical and irrational elements on both sides have been getting attention. New York magazine recently interviewed 40 journalists and surveyed 113 others on the state of their profession. Most of the responses were not exactly surprising but were refreshingly honest and severely self-critical. The following is a sampling of the more insightful and revealing admissions.


-----Bill Keller, editor in chief of the Marshall Project and former executive editor of the New York Times:

“The major feature of the media landscape today is the acceleration of everything. Probably the most troublesome tension is the one between the need to file immediately, because a thousand other people are filing immediately, and the time it takes to do real reporting, to reflect on what you’ve got and then to write it in a way that’s fair and clear but doesn’t gloss over the complications. And that tension just seems to get more intense. I think one of the greatest casualties of the high metabolism of the news business is complexity. That’s a big loss.”

“When I started producing, you would start reporting from a position of ‘I don’t know.’ You would love someone who told you the untold story — the unknown story. That’s a been a big shift. Now, it’s ‘We’re doing a story on deadbeat dads, so here’s what I need you to say. Are you going to say this? And guess what, if you’re not going to say this, then I’m going to move on and find someone else who will say this.’ ”

-----Bill Keller, editor in chief of the Marshall Project and former executive editor of the New York Times:

“The genius of Donald Trump is that he knows how to change the subject. ‘Oh, they want to talk about taxes? Well, I’m going to insult someone so we won’t be talking about taxes, we’ll be talking about how attractive my wife is.’ He understands the business of journalism. He understands journalists can be like a school of fish, they all turn in formation really fast, chasing the bright shiny lure.”

“If you really have an ill feeling about a person, you can find information — legitimate, factual information — to turn that person into anything you want. It’s the selectivity of the information. The selectivity of the evidence. You can go into a country under a dictatorship and say, ‘Flowering freedom is emerging here.’ It’s what you’re looking for, who you talk to. You choose people to be reflective, and to be in concert, with what you think. And you can get any kind of story, you can ruin anybody’s career. People believe the first time they read something, and it makes an impression on them, and you can’t alter it, no matter how much pleading you do to get it right, you’re lost.”

“I treat he-said-she-said reporting as a problem, but it’s also a solution to a problem. A lot of the problems I see in press coverage happen because the journalists involved don’t have time to do a better job, or they don’t have enough knowledge, or they’re under pressure that prevents a more serious story from emerging. When a new study comes out, and the hospital association says, ‘Costs are decreasing,’ and the consumer’s group says, ‘Actually that’s not true, costs are continuing to go up,’ and you have to write a story by deadline, then he-said-she-said makes it writable. Then you don’t have to know who’s right. So a lot of times repetitive narratives, or lazy narratives, or devices like he-said-she-said, are substitutes for real knowledge.”

“In the atomization of media, audiences find the one that’s most gratifying to them, the one that tells them what they want to hear rather than what they don’t want to hear. Now, I’m a Twitter addict. I probably check my Twitter feed ten times a day. And I think I’m getting this wide range of opinions from different perspectives — I can add it all up and come to my own conclusion. But I’ve built my own news organization by who I’ve chosen to follow on Twitter. I don’t want to pat myself on the back, but you are what you choose to read. That applies to everyone on virtually any subject. If you read broadly, and choose the best of different viewpoints, I think you’re getting very good journalism right now. If you’re reading narrowly, you’re not.”

-----David Simon, creator of The Wire and former reporter for the Baltimore Sun:

“You can’t have drama without conflict. And you can’t have melodrama without good guys and bad guys. The problem for journalism is: Our actual problems are bigger, more complicated, more sprawling and complex, than good guys and bad guys. I don’t take any issue with the press attending to conflict. That’s Job One, actually. But the simplicity of the narrative is incredibly debilitating. News organizations chase simple narratives, and if they are prize-hunting, they look for an evil actor. Such folks can be found, to be sure, and a scandal is a scandal. But it is mortifying to realize that much of the press thinks exposing the overt scandal is the equivalent of examining, assessing, and arguing for systemic solutions to systemic problems.”

“The media did not create Trump. I don’t think the media missed a story of Trump, or failed to scrutinize Trump — that’s a ridiculous criticism. The criticism that might be valid is whether the media understood the circumstances that caused so many Americans to vote for Donald Trump. It’s always hard to have your finger on the pulse of the country. It’s one of those things that we’re always beating ourselves up for. We probably didn’t quite understand the deep economic fallout after the financial crisis a few years ago. There were fewer national correspondents out in the country, and we’re one of the last institutions to have a big national staff. That’s probably part of it. Some of the anger was quiet, and Donald Trump came along and turned the volume up. The anger hadn’t quite showed up in ways that were obvious until he came along. But our job is to be out in the country, trying to understand the country, and to reflect the country back to itself in some way.”

-----Tucker Carlson, founder and editor in chief of the Daily Caller:

“The real problem with journalism is groupthink. My father was a journalist — he never graduated from high school, he joined the Marines as a 17-year-old and then went to work at the L.A. Times. It was not a profession; it was a trade, and you had a whole diverse field of people entering it. Now, for a bunch of reasons — and this is the problem with American society more broadly, in my view — it’s …….filled with people who think exactly the same, who are from the same backgrounds, who have the same assumptions about everything. And you get a much less interesting product when you have that. And you also get a lot of fearful people……. And they get older and they realize, ‘I’ve got tuitions, and this is actually a pretty shaky business model on which to build a career,’ and they just become unwilling to take any risk at all. When was the last time you saw anybody in the press — except the fringe press — really write a piece that challenged the assumptions of their neighbors? That would actually make their friends in Brooklyn avert their gaze?”

“I think that a lot of coverage decisions that get made are often made subconsciously — most journalists think they don’t actually make decisions about what’s newsworthy and what isn’t, that their media outlets cover anything that’s newsworthy. And this is plainly not the case — there’s huge numbers of obviously newsworthy stories that are routinely, systematically ignored by large media outlets. One major pattern is that the political media in particular views everything through a partisan lens. Journalists want to be respected by their colleagues and they want to be mainstream, and in American political discourse, the mainstream figures are the Establishment heads of both political parties.

“So if there’s some sort of dispute between the two parties, where the Democrats think one thing and the Republicans think another, that tends to get covered, because that’s viewed as an important political debate. But on the issues where there’s bipartisan consensus, where the two parties essentially agree, which is far more common than disagreeing, those tend to get completely ignored. So you look at U.S. support for Israel, or the idea that the U.S. should have the largest military in the world, or that we should continue with our state of mass incarceration, or just the general neoliberal economic policies that both parties believe in and support, those tend to be completely excluded from any kind of media discussion or coverage.”

Source
The Case Against the Media. By the Media http://nymag.com/daily/intelligencer/2016/07/case-against-media.html

How Puppet Master Trump Manipulates and Controls the Left  https://www.mybestbuddymedia.com/2018/11/how-puppet-master-trump-manipulates-and.html