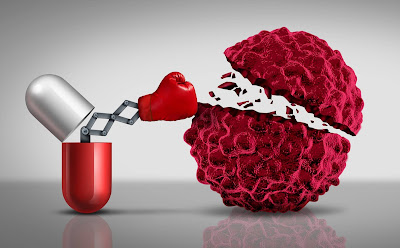 Facebook and other social media platforms have seen a recent uptick in Cannabis Cures Cancer videos and posts. The tricks, deceptions and false hope these snake-oil smooth-talkers use are sneaky and underhanded in no small measure. For the uninitiated, here is a concise exposé to help anyone decipher the devious ploys masterfully used.


Cancer quacks primarily market their “cures” by using the Appeal To Ignorance fallacy. They push their remedy not by coming to a conclusion based on lack of their knowledge (most know they are lying), but by exploiting their victim’s lack of knowledge. This is widely and effectively used, for obvious reasons:

--Most people don’t have a medical or scientific background, so any fabrications or exaggerations are not noticed.

--Most don’t know there is no such thing as a single cure for cancer. There are numerous different types of cancers that require their own unique potential treatments and cures.

--Most don’t know that there are actually more than 200 compounds that can kill cancer in a petri dish. The problem is the incredible complexity of the human body, the potency of the cancer cells, and the effective targeting of those cells. Cannabis is just one example:

“Virtually all the scientific research investigating whether cannabinoids can treat cancer has been done using cancer cells grown in the lab or animal models. It’s important to be cautious when extrapolating these results up to real live patients, who tend to be a lot more complex than a Petri dish or a mouse ……. The biggest issue is that there isn’t enough evidence to show that they can treat cancer in people, although research is still ongoing around the world.

“And it’s not clear which type of cannabinoid – either natural or synthetic – might be most effective, what kind of doses might be needed, or which types of cancer might respond best to them ………. There are also big questions around the best way to actually get the drugs into tumours. Because of their chemical makeup, cannabinoids don’t dissolve easily in water and don’t travel very far in our tissues. This makes it hard to get them deep into a tumour, or even just deliver them into the bloodstream in consistently high enough doses to have an effect.”

Because some herb or treatment has been used for hundreds or thousands of years doesn’t make it valid or effective. The history of traditional treatments is littered with the most horrific consequences imaginable. A good overview from Steven Novella, MD:

“Let us take the example of the humoral theory of illness. This method also was used for two thousand years as the dominant philosophy of medicine in Western civilization. Two thousand years of anecdotal experience was not enough for Western society to realize that bloodletting, purging, and cathartics were not only worthless treatments but were actually harmful. Yet the humoral philosophy was the occidental equivalent of the traditional Chinese medicine philosophy of chi on which acupuncture is based.

“What bloodletting and acupuncture have in common is that they are philosophies of illness, they are not scientific theories of disease. They were developed in a prescientific era steeped in superstition. They existed in a time of philosophy-based medicine, prior to the advent of science-based medicine. The only reason why acupuncture still exists today and bloodletting does not is the historical happenstance that scientific medicine developed first in the West and not the East.”

Many people are moved by emotional stories and circumvent their thinking in order to believe in a desperately needed cure. From one of the top critical thinking sites:

“Another major problem with anecdotes is that they don’t give you a proper representation of either the effects of X or the causes of Y. Let’s say, for example, that you are interested in miracle cure X, and when you get online, you find several people claiming that it worked for them. That doesn’t actually tell you much because it doesn’t tell you how many people X didn’t work for, nor does it tell you how many people recovered without X. To give another example, anti-vaxxers love to cite anecdotes of a symptom that followed a vaccine, but for every anecdote that they supply, I can supply anecdotes of people (like me) who received the full recommended vaccine schedule and are perfectly fine. Neither set of anecdotes is actually meaningful, because neither set is representative. To actually know whether or not X caused Y, we need the actual rates of Y relative to X, not just scattered reports. In other words, we need to know how many times X followed Y, how many times Y occurred without X occurring, and how many times X occurred but was not followed by Y (in some situations you may only need one of the latter two, but you have to have at least one).”

Appeal To Conspiracy and/or Appeal To Anger

Righteous indignation is a powerful emotion. These fraudsters manipulate people by stirring up outrage about global conspiracies that are responsible for your looming death or that of your loved one. Modern medicine has the cure – but they are withholding it! Rational judgement is cleverly evaded – the victim is too outraged to think critically and grasp how the manipulation is taking place. Also, the appeal can work because an ego-gratifying aha! moment is garnered when the victim feels he has connected the dots and discovered a clever conspiracy. More from a Psychology Today writer:

“According to Anthony Lantian of France's Universite Paris Nanterre and his co-authors, people are drawn to conspiracy theories because of an underlying need for uniqueness.  In other words, a need to be different from other people by embracing beliefs that are out of the ordinary. Just as this need for uniqueness can cause people to develop unusual hobbies or seek out experiences that set them apart from the crowd, conspiracy believers adopt unusual beliefs about the world that make them feel special or above average.  Whether this involves embracing the ‘truth’ behind political assassinations, alien visitors, the misdeeds of government officials, or ‘secret’ scientific discoveries that ordinary people don't know about, embracing conspiracy theories can provide believers with a false sense of confidence over how the world ‘really’ works.”

Instead of providing hard scientific evidence for their cancer “cure”, snake oil peddlers will misdirect their audience by focusing on and attacking a “Straw Man”. They focus on Big Pharma suppressing cancer cures – which is quite the compliment since they believe medical researchers have actually found the elusive cure! This misdirection allows them get away with not providing evidence. This is also done with most of alternative medicine:

“For example, defenders of alternative medicine often argue that skeptics refuse to accept their claims because they conflict with their world-view. If ‘Western’ science cannot explain how a treatment works, then it is dismissed out-of-hand. If you read skeptical treatment of so-called ‘alternative’ modalities, however, you will find the skeptical position much more nuanced than that.

“Claims are not a-prior dismissed because they are not currently explained by science. Rather, in some cases (like homeopathy) there is a vast body of scientific knowledge that says that homeopathy is not possible. Having an unknown mechanism is not the same thing as demonstrably impossible (at least as best as modern science can tell). Further, skeptical treatments of homeopathy often thoroughly review the clinical evidence.”

Common Manipulative Phrase: “I Used To Be A Skeptic But”

“A new paper was just published in the Journal of Language and Social Psychology that is further confirmation of something skeptics of the paranormal and alt med treatments have noticed for a long time. It’s called the ‘avowal of prior skepticism’. This is a narrative device used by a person telling a story in which they will announce their previous skepticism (‘I used to be skeptical’) before relating a conversion story about a product or event. I see this all the time regarding paranormal investigators and in infomercials for products.

“The ploy of stating prior skepticism makes the narrator look more credible and is intended to make the story more believable. That is, what I’m about to tell you even convinced ME so it must be true, believe me!”

Use of Alternative Medicine for Cancer and Its Impact on Survival https://academic.oup.com/jnci/article/110/1/djx145/4064136

Medical marijuana as the new herbalism, part 2: Cannabis does not cure cancer http://sciencebasedmedicine.org/medical-marijuana-as-the-new-herbalism-part-2-cannabis-does-not-cure-cancer/