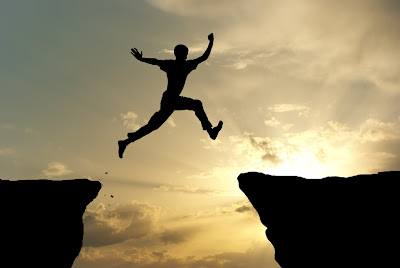 Too often we get overly emotional and fearful over dramatic and tragic events the media covers, but are less concerned over the more quiet but deadly killers that are not as sensational or newsworthy. Following are four misconceptions and examples, as well as more in-depth analysis of what is really going on.

1)  What should parents be worried about more?

Some parents are fearful of school shootings more than any other potential danger to their children. From 2013 to 2015, there were 160 incidents, resulting in 59 deaths and 124 non-fatal gunshot injuries.

Yet guns in the home kill a child every second day in the US:


“The U.S. Centers for Disease Control and Prevention reported that 74 minors died from accidental discharges of firearms in 2014, the latest year for which comparable data are available. The AP and USA TODAY analysis counted 113 for that year, suggesting the federal government missed a third of the cases ……. Deaths and injuries spike for children under 5, with 3-year-olds the most common shooters and victims among young children. Nearly 90 3-year-olds were killed or injured in the shootings, the vast majority of which were self-inflicted …….. They most often happen at the children’s homes, with handguns legally owned by adults for self-protection. They are more likely to occur on weekends or around holidays such as Christmas.”

The horrific 9-11 attack in New York in 2001 sparked fears of flying for many Americans. As a result, many drove their cars when visiting or vacationing when they would normally fly:

“In the wake of the terrorist attacks of September 11, 2001, many Americans started driving more due to a fear of flying -- and lost their lives in traffic accidents ……. The result was not just a greater risk of traffic congestion: in the twelve months following September 11, 2001, there were an estimated 1,600 more accident-related deaths on American roads than would have been expected statistically.”

3)  What do you fear more – sharks or taking some sun?

Forty per cent of Americans are afraid to swim in the ocean because of their fear of sharks. At the same time, too much time is spent sunbathing in front of those shark-infested waters, as well as on much calmer shorelines:

“Significantly, worldwide there were only four fatalities in 2016 (worldwide) resulting from unprovoked shark attacks, producing an uncommonly low fatality rate (4.9%). In addition to the two deaths in Australia, there were two fatalities in New Caledonia.  On average there were eight fatalities per year worldwide in the 2011-2015 period and six deaths per annum over the past decade.  These totals are remarkably low given the billions of human-hours spent in the water each year …….. Notably, the U.S. had zero fatalities in 2016, likely in part a function of greater safety and medical capacity in areas of the U.S. where shark attacks historically occur.”

“It only takes a few bad sunburns or trips to the tanning bed to put someone at risk for melanoma. Skin cancer is the most common type of cancer in the United States and when left untreated, melanoma is the most dangerous and aggressive form. It accounts for more than 9,000 of the 12,000-plus skin cancer deaths each year.”

4)  Which is more unhealthy – being murdered or eating fast food?

Most people are terrified of being murdered, yet several thousand more people die annually from lack of proper health habits or accidents around the home. In 2015, the estimated number of murders in the nation was 15,696.

The Centers for Disease Control tabulated the leading causes of deaths in 2015 for the entire population:

In his book, Jumping at Shadows: The Triumph of Fear and The End of The American Dream, author and journalist Sasha Abramsky delves into how our environment shapes our thinking:

“We are conditioned – by the way stridently ideological television and radio personalities cover events, by the manner in which ratings-conscious news executives prioritize stories, by the echo-chamber effects of social media, maybe even by an intuitive sense that the broad prosperity in which so many of us live our lives is deeply precarious – to fear unknown enemies. And, with this conditioning, our brains come to be flooded with an array of stress hormones that physically alter the neural networks in key parts of our brains, reshape how we act and how we think, make us more likely to inflate our sense of risk and less likely to respond rationally and in a proportionate measure to events and people we confront on a daily basis as we go about our lives.”

People even with average levels of anxiety tend to over-focus on news stories and events that feed into their pre-existing fears:

“As our anxiety levels rise, researchers have found that our ability to correctly calculate risk declines. We begin underusing our prefrontal cortex, which means our ability to make complex, nuanced decisions goes down, and we start overestimating the likelihood that bad events will occur. Even in broadly stable conditions, we start assuming that anomalous events are the norm. And when conditions aren’t stable, in rapidly changing environments we begin to leap to worst-case conclusions.”

Images and details on horrific events from the relentless news cycle bombard the senses and results in an unbalanced perspective on reality:

“(The mind) sees the stakes at play – dead children, terror victims on city streets – but not the actual odds that these events will be visited on your child’s particular school or your particular favorite restaurant or sports venue or shopping mall or concert arena. The anxious brain is predisposed to ‘sticky’ thoughts, to ideas that once embedded in consciousness are almost impossible to shake off. And nothing embeds an idea in one’s head more than around-the-clock television and social media news coverage. When a crime like Sandy Hook or the Paris massacre occurs, our attentions are riveted, our fear levels crescendo, and our chemical responders hit the scene running. We become cortisol and norepinephrine fiends. We viscerally feel that these events could happen to us, that they are likely to happen to us, that only by the grace of God have they so far not happened to us. As the news cycle rolls on, as one headline and one ghastly story follows the next, as one survivor after another is interviewed, or one relative of a dead victim followed by another relative is asked to convey their grief, we lose the ability to weigh the odds.”

Many people tend to think with their emotions more than with their rational mind. They don’t want to hear numbers – statistics – but behind each and every statistic is a real human being with a life, family, and friends. Too often unnecessary fear is evoked:

“Trapped in the echo chamber that inevitably accompanies a school shooting or a terrorist attack, our default assumption is to assume that the events are of a far bigger magnitude that they in fact are and, moreover, that we, and those we love, are in immanent peril. Were they instead seen as public health disasters, however, and placed in the context of other far more lethal outbreaks, these events would not produce either the individual adrenal rush or the level of international panic that they currently generate. For in the cold light of day, and without minimizing the agony that they cause, in actual fact the numbers of people killed in these attacks pale in comparison to a slew of other causes of premature death around the world.

“The same day that 20 children and 6 adults were murdered by Adam Lanza in Sandy Hook, somewhere in the region of 4,000 people globally died of tuberculosis. More than 300 of those who died were children. That same day, globally another 3,500-plus people died of HIV/AIDS …… The same day that 130 people died at the hands of ISIS fanatics in Paris, roughly the same number of people died in the United States of drug overdoses. The same number had died the day before and would die the day afterwards.”

9 MORE Common Characteristics of People Who Get Duped
http://www.mybestbuddymedia.com/2017/08/9-more-common-characteristics-of-people.html

10 Clever Ways Casinos Separate You From Your Money
http://www.mybestbuddymedia.com/2014/03/10-clever-ways-casinos-separate-you.html