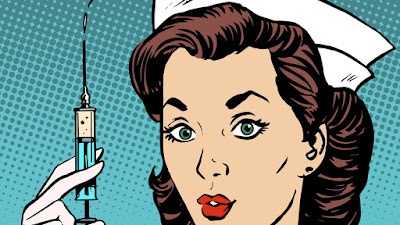 We are all assessing risk to some degree when we put on our seat belts or when we choose to eat healthy and exercise – or not. But too often risk assessment becomes a prisoner to outright lies, hysterical insinuations and treacherous global conspiracies that seek to injure or murder millions of supposedly naïve consumers. This is primarily true of the anti-vaccine movement. Without sound science and evidence, they attempt to circumvent the intellect with emotional appeals and good-looking celebrities. The following are just a few ways the movement fails when it comes to risk perception.


Some anti-vaccine parents mistakenly believe the risks are entirely taken only by themselves:

“This is of concern because maintenance of vaccination successes requires high immunization uptake. It needs to be seen as normal parental behavior to have your child immunized on schedule and on time. Vaccination is an individual measure that benefits not only the individual, but also produces a common good: herd immunity. Unlike many other health prevention interventions, if a parent refuses to vaccinate his or her child, it is not only this child who will be at risk of suffering from the negative consequences of this decision, but the risk to the whole community increases. Thus, vaccine hesitancy and vaccine opposition needs to be addressed both at the individual and community levels. The broader social, cultural and political context in which parents are living needs to be considered.”

Risks are taken when the consumer is bombarded and believes the endless false information spewed out on social media and alarmist blogs:

“In today’s risk-averse world, people are increasingly encouraged to take responsibility over their own lives, to stay continuously aware of risks and benefits in order to make their future more secure. Notions of empowerment and individual choices are predominant health themes. Consumerism in healthcare is growing. Patients want to be involved in their own health decisions. The rise of the informed patient has shifted the traditional locus of power from doctors as sole directors of patient care to shared decision-making between health professionals and patients who want to be active participants in decisions concerning their health. In addition, with the Internet, health information based on individual experience (experience-based) has gained legitimacy and credibility similar to scientific information based on research data (evidence-based).

“Eysenbach uses the concept of ‘apomediation’ to refer to the observation that individuals are relying more heavily on social media and social networks than on experts and institutions to gather useful and trustworthy health information in an accessible format. With social media, Internet user’s personal stories add a new dimension to health information: the knowledge and emotional experience of disease and treatments as well as their physical and psychological consequences. These powerful tools have been widely used by anti-vaccination activists.”

Anti-vaxxers either don’t know or don’t believe the actual risks of vaccinations:

“It depends on the vaccine and side effect, but they range from about 1 in 50 to 1 in 3 people. These side effects are typically mild and only last a day or two. And they don’t cause lasting problems. While not all possible side effects are mild, those that are more moderate or severe are much more uncommon. Febrile seizures, for example, only happen after about 1 out of 3,000 doses of MMR and some other vaccines. And while scary, febrile seizures, crying for 3 hours or more, or having a very swollen arm or leg, some other uncommon vaccine side effects, also don’t cause lasting problems.

“Fortunately, the most severe side effects, including severe allergic reactions, are only thought to happen in less than 1 out of a million doses. And although these types of severe reactions can be life threatening, they are often treatable, just like severe allergic reactions to peanuts. For others, like encephalitis, although they are table injuries, it isn’t clear that they are even side effects of vaccines, since they occur so rarely.

“All of these side effects can be reported to the Vaccine Adverse Reporting System (VAERS), either by your doctor or yourself. No medical product or intervention, from aspirin to heart surgery, can ever be guaranteed 100% safe. Even though we will never be able to ensure 100% safety, we know that the risks of vaccine-preventable diseases by far outweigh those of the vaccines administered to prevent them. (World Health Organization)"

Vaccines have been so successful that the original urgency and risks have been lost:

“Finally, the increase in the number of vaccines and the consequent decline in vaccine-preventable illnesses have focused attention by both health professionals and parents on vaccine usefulness and safety. Because vaccination programs have been successful, VPD (vaccine-preventable diseases) are becoming less visible and many individuals, as well as health professionals, have no first-hand knowledge of the risks of the diseases. Indeed, attention is more often directed to the risk, or alleged risk, of the vaccines rather than to the risk of the diseases. That is why it can be argued that ‘vaccination is victim of its own success.’ In addition, some new vaccines prevent diseases perceived as mild (e.g., chickenpox or gastroenteritis), which can compromise their acceptability.”

An overview of the incredible amount of reduction in major diseases in the past century to the year 2006 offers a lens on past and present risks:

"Before smallpox was eradicated with a vaccine, it killed an estimated 500 million people. And just 60 years ago, polio paralyzed 16,000 Americans every year, while rubella caused birth defects and mental retardation in as many as 20,000 newborns. Measles infected 4 million children, killing 3,000 annually, and a bacterium called Haemophilus influenzae type b caused Hib meningitis in more than 15,000 children, leaving many with permanent brain damage. Infant mortality and abbreviated life spans — now regarded as a third world problem — were a first world reality.”

Thinking with one’s emotions and instincts instead of thinking rationally and logically leads to a warped perception of risk:

“Professor Slovic and Professor Fischhoff and others have found that a risk imposed upon a person, like mandatory vaccination programs (nearly all of which allow people to opt out), feels scarier than the same risk if taken voluntarily. Risk perception also depends on trust. A risk created by a source you don’t trust will feel scarier. The anti-vaccination movement is thick with mistrust of government and the drug industry. Finally, risks that are human-made, like vaccines, evoke more worry than risks that are natural. Some parents who refuse to have their kids vaccinated say they are willing to accept the risk of the disease, because the disease is ‘natural.’

“Still, shouldn’t our wonderful powers of reason be able to overcome these instinctive impediments to clear thinking? The neuroscience of fear makes clear that such hope is hubris. Work on the neural roots of fear by the neuroscientist Joseph LeDoux of New York University, and others, has found that in the complex interplay of slower, conscious reason and quicker, subconscious emotion and instinct, the basic architecture of the brain ensures that we feel first and think second. The part of the brain where the instinctive ‘fight or flight’ signal is first triggered — the amygdala — is situated such that it receives incoming stimuli before the parts of the brain that think things over. Then, in our ongoing response to potential peril, the way the brain is built and operates assures that we are likely to feel more and think less. As Professor LeDoux puts it in ‘The Emotional Brain’: “the wiring of the brain …..  is such that connections from the emotional systems to the cognitive systems are stronger than connections from the cognitive systems to the emotional systems.”


50 Anti-Vaccine Myths and Misinformation: Myths That Keep Parents From Vaccinating Their Kids        https://www.verywellfamily.com/anti-vaccine-myths-and-misinformation-2633730