Antibiotic Overuse: Too Much Harm, Too Few Benefits 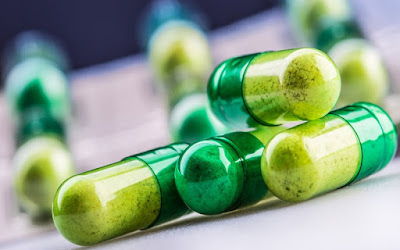 The irrational and harmful over-prescription of antibiotics in the U.S., Canada and most other counties around the world is setting the stage for a global medical catastrophe. Superbugs are quickly evolving into supervillains and could be unstoppable in the future if stringent limits and precautions are not immediately employed. Following is a concise overview of the issues involved.


“At least 30 percent of antibiotics prescribed in the United States are unnecessary, according to new data published today in the Journal of the American Medical Association (JAMA) by the Centers for Disease Control and Prevention (CDC), in collaboration with Pew Charitable Trusts and other public health and medical experts.

“The study analyzed antibiotic use in doctors’ offices and emergency departments throughout the United States. CDC researchers found that most of these unnecessary antibiotics are prescribed for respiratory conditions caused by viruses – including common colds, viral sore throats, bronchitis, and sinus and ear infections – which do not respond to antibiotics. These 47 million excess prescriptions each year put patients at needless risk for allergic reactions or the sometimes deadly diarrhea, Clostridium difficile.”

“The CDC estimates that more than 70% of the bacteria responsible for the 2 million infections acquired in US hospitals each year are resistant to at least one commonly used antibiotic, and 20% to 50% of antibiotics prescribed in US acute-care hospitals are unnecessary or inappropriate.

“Examples of interventions to prevent overuse or overprescribing of antibiotics in hospitals, including intensive care units, include use of rapid diagnostics and community or hospital-based resistance data to determine appropriate empiric treatment, avoidance of administering unnecessary broad-spectrum antibiotics, shortening the duration of therapy whenever possible, and basing treatment on pharmacokinetic and pharmacodynamic characteristics of the patient and his or her infection.”

Threat of a post-antibiotic world:

“In the context of few innovative or new antibiotics in the drug development pipeline, the World Health Organization (WHO) describes a future of a post-antibiotic world and warns that not only will this eliminate the advances in healthcare made over the past 100 years, which have ensured longer life in most parts of the developed and developing worlds, but it may also result in simple infections becoming unmanageable and potentially fatal. The United Kingdom Chief Medical Officer has highlighted the need for clinicians to preserve the effectiveness of antibiotics by giving clear evidence-based guidance on their appropriate use and has stated that we are losing the battle against infectious diseases, and antibiotics may no longer be effective in the long term.”

Risks that have been shown to be associated with overuse of antibiotics:

The cause of antibiotic resistance:

“A bacterium resists a medication when the bacterium has changed in some way. The change either protects the bacterium from the action of the medication or neutralizes the medication. Any bacterium that survives an antibiotic treatment can multiply and pass on its resistant properties. Also, some bacteria can transfer their medication-resistant properties to other bacteria — as if passing along a cheat sheet to help each other survive. The fact that bacteria develop resistance to a medication is normal and expected. But the way that medications are used affects how quickly and to what extent resistance occurs.”

Why antibiotics are overprescribed:

“Human behavior is always complex and it is difficult to tease out various factors. The question of why doctors are prescribing antibiotics when they shouldn’t is no exception. When doctors are asked their most common response is that they are pressured by patients and parents of sick children to prescribe them. Other factors have also been suggested, however.

“Patient education can be time consuming, and writing a prescription may be the pathway of least resistance for a busy practitioner. We also live in a time of waning trust in professionals. The old paternalistic model is dead. Now everyone feels it is appropriate to question experts, especially when it comes to their own health. This is reasonable to an extent, but it makes it more difficult for a physician to refuse a request by a patient who feels that they ‘know their own body’ and what they need.

“Even experienced doctors may also doubt themselves. We also live in an era of defensive medicine, in which a doctor may not wish to risk a complication, especially if they are going against the strong desires of their patient. This situation feels like a lawsuit waiting to happen. By contrast, the risk of antibiotic resistance is diffuse and distant. Human psychology favors avoiding the immediate direct risk for the delayed indirect risk with diffuse responsibility.”

What antibiotics should not be used for:

Taking an antibiotic for a viral infection:
Won't cure the infection
Won't keep other people from getting sick
Won't help you or your child feel better
May cause unnecessary and harmful side effects
Promotes antibiotic resistance”

One example - fluid in the middle ear:

“Fluid in the middle ear, also called otitis media with effusion, is a common condition in children. Fluid often accumulates in the ear, just like in the nose, when a child has a cold. In the absence of other symptoms, fluid in the middle ear usually doesn't bother children, and it almost always goes away on its own without treatment, says Janice Soreth, M.D., director of the FDA's Division of Anti-Infective Drug Products. ‘It usually does not need to be treated with antibiotics unless it is accompanied by additional signs or symptoms or it lasts a couple of months.’

“If your doctor does not prescribe an antibiotic for your child, do not insist on one. Taking an antibiotic when it is not necessary can be harmful. It increases the risk of getting an infection later that antibiotics cannot kill.

“Instead, ‘observe your child,’ says Soreth. ‘If symptoms change, call your doctor to seek further help.’ Symptoms to watch for include fever, irritability, decreased appetite, trouble sleeping, tugging on the ear, or complaints of pain. ‘If symptoms occur, it doesn't mean the doctor misdiagnosed the condition,’ says Soreth. ‘What started out as a viral condition may have morphed into a bacterial infection several days later. If this happens, an antibiotic may be appropriate.’"

Warding Off Those Nasty Imperceptibles in Private & Public Bathrooms  http://www.mybestbuddymedia.com/2016/10/warding-off-those-nasty-imperceptibles.html