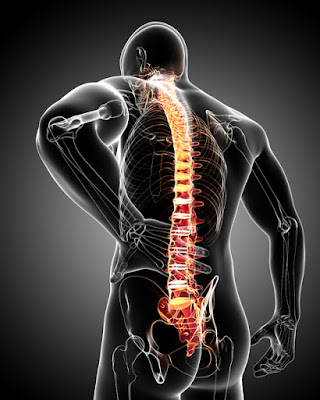 The journal Chiropractic & Manual Therapies is published by The Royal College of Chiropractors (UK). In a surprising and refreshingly honest move, they published a candid appraisement of their profession. Is there reasonably sound evidence for the backbone, or the spine, of their beliefs in spinal subluxation? Do many serious health conditions arise primarily from misalignment of the spine? Can correcting this misalignment cure the condition or at least severely reduce the symptoms? The candid chiropractors begin their self-examination:

“Beliefs that a spinal subluxation can cause a multitude of diseases and that its removal can prevent them is clearly at odds with present-day concepts, as the aetiology of most diseases today is considered to be multi-causal, rarely mono-causal. It therefore seems naïve when chiropractors attempt to control the combined effects of environmental, social, biological including genetic as well as noxious lifestyle factors through the simple treatment of the spine. In addition, there is presently no obvious emphasis on the spine and the peripheral nervous system as the governing organ in relation to most pathologies of the human body.”

Most chiropractors are blissfully unaware of the conspicuous lack of evidence for their beliefs:

“For groups of chiropractors, prevention of disease through chiropractic treatment makes perfect sense, yet the credible literature is void of evidence thereof. Still, the majority of chiropractors practising this way probably believe that there is plenty of evidence in the literature. Clearly, if the chiropractic profession wishes to maintain credibility, it is time seriously to face this issue. Presently, there seems to be no reason why political associations and educational institutions should recommend spinal care to prevent disease in general, unless relevant and acceptable research evidence can be produced to support such activities. In order to be allowed to continue this practice, proper and relevant research is therefore needed.”

Chiropractors need to take a closer look at the three pillars of evidence based practice:

“The three pillars of evidence-based medicine are often described as (i) the scientific evidence, (ii) the practitioner’s experience, (iii) and the patient’s preference. However, the practitioner’s experience is not objective, in particular in relation to ‘effect’ of treatment. It is therefore not enough to say that ‘it works’. The clinical experience is important in many other ways but not for judging effect of treatment. Therefore, as it has been stated before, ‘it is important to keep a humble attitude to one’s own clinical experience and not to think that it overrides the evidence obtained in a good quality RCT (randomized controlled trials)’”.

Chiropractors need to learn how to properly evaluate research and not fall into the Confirmation Bias fallacy – only trusting information that agrees with their position:

“All chiropractors who want to update their knowledge or to have an evidence-based practice will search new information on the internet. If they are not trained to read the scientific literature, they might trust any article. In this situation, it is logical that the ‘believers’ will choose ‘attractive’ articles and trust the results, without checking the quality of the studies. It is therefore important to educate chiropractors to become relatively competent consumers of research, so they will not assume that every published article is a verity in itself.”

The Royal College of Blunt & Unbiased Chiropractors (my humble renaming of their fine order) conclude:

“1)   We could find no evidence in the literature for chiropractic care as a credible approach to primary prevention or early secondary prevention in general health.

2)   Chiropractors should therefore assume their responsibilities as an evidence-based, mature health care profession and seize such activities until, if ever, new evidence emerges.

3)   Prevention can still be an important part of the chiropractic scope, if it is aimed at well researched and acceptable approaches such as the management of lifestyle factors to prevent co-morbidities so often found together with spinal problems.

4)   Back problems are highly prevalent in the population and as they are usually recurring disorders there is a need for a knowledgeable and realistic profession to care for people during acute episodes and to guide them through the various periods of back pain.

5)   It is unclear why some chiropractors feel the need to extend their scope of practice into implausible areas, when there is so much to do in the musculoskeletal field.”


The temporary benefits of manipulating and cracking spinal joints may well be due to the placebo effect:

“Whatever a joint pop really is, it probably provides a novel sensory experience: a little blast of proprioceptive stimulation. Since all living systems seem to thrive on sensory input, and generally suffer without it, I speculate that a joint crack essentially feels like getting ‘unstuck,’ and is analogous to finally getting to stretch your legs after getting off a long flight — which is not intended to trivialize it.

“The strength of this idea is that it just isn’t claiming much: it both accounts for the extremely satisfying feeling that many people report, but without promising the moon. Indeed, it also seems consistent with another widely reported feature of SMT (spinal manipulative therapy): the benefits often don’t last long! Soon the ‘itch’ needs to be ‘scratched’ again. It also could explain why the benefits of SMT   are so variable and uncertain: it is highly dependent on many factors. For instance, whether a joint crack feels ‘refreshing’ to you depends on how you feel about the whole idea of joint cracking.”

Relieving back pain is notoriously tricky:

“Most support for chiropractic comes from testimonials of people who claim to have been helped by manipulation. Whether they were helped because nerves were ‘unblocked’ has not been established. And there is no way to measure whether any so-called intelligent energy is even present, much less affected by manipulation. Most of these testimonials have come from people who believe their back pain was alleviated by spinal manipulation. Whether the manipulation is any more effective than a back rub, hot creams, exercise, or time, is questionable. The clinical evidence indicates that a treatment of something like ibuprofen and exercise is just as effective as chiropractic for relieving back pain (Ernst and Singh 2008).

"Relieving back pain is a notoriously tricky area, since our species is poorly designed for upright activity and most people suffer intermittent bouts of back pain. One is likely to seek a chiropractor (or buy magnetic braces or some other bit of quackery) when one's pain is most severe. Natural regression will usually lead to the pain lessening after the treatment, even if there is no causal connection between the two. This is not to say that chiropractors don't help people with aching backs, including people with chronic back problems. Maybe some do. But there is no scientific evidence that correcting these so-called misalignments by manipulation has anything to do with relief from pain.”

Another honest chiropractor is Preston Long, DC, PhD, who wrote Chiropractic Abuse: An Insider’s Lament. A review of the book from Science-Based Medicine:

“Chiropractic encourages self-delusion, and those who break free of delusion have two choices: to fight or run. Preston Long chose to fight, to keep the baby and throw out the bathwater polluted with pseudoscience and quackery, to try to practice rationally and ethically, and to try to reform chiropractic from within. He soon learned that it was next to impossible for a chiropractor to make a living with a science-based, ethical practice.”

Many chiropractors dive head first into a pool of quackery and pseudo-science:

“Anti-vaccination attitudes till abound within the chiropractic profession. Despite a growing body of evidence about the safety and efficacy of vaccination, many chiropractors do not believe in vaccination, will not recommend it to their patients, and place emphasis on risk rather than benefit. This is positioned within a context privileging individual autonomy, which by many is seen as core ethical value. But this puts the chiropractic profession outside the greater healthcare community and may contribute to its continued marginalization and small market impact. The public health community looks at populations, rather than individuals and uses a separate but no less critical ethical platform, that of community good. Chiropractic is a public health profession. As such, it should work to provide patients the best and most current evidence, free from bias and belief, so that the individual may choose based on having full and accurate information. That would serve the public good.”

Some chiropractors are overly aggressive and unethical in their sales and marketing:

“Chiropractic often involves many expensive but quick treatments, and marketing and sales tactics that many people consider to be aggressive and distasteful, if not downright unethical, especially pre-paid treatment packages, and the hawking of many other services and products that are much more blatant quackery, like applied kinesiology. A 2016 federal (US) audit concluded that more than 80% Medicare payments to chiropractors were for medically unnecessary procedures, and 100% of treatments were unnecessary after the first thirty.”