Alcohol & Cancer: What The Booze Industry Doesn’t Want You To Know 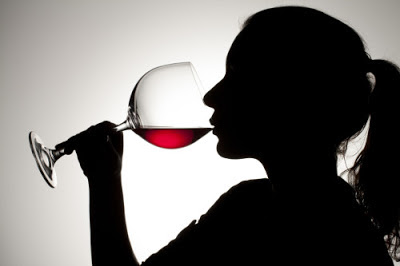 The multi-billion dollar alcohol industry has done a masterful job keeping consumers in a fog concerning the harmful effects of alcohol on the human body. Washington lobbyists, armed with major financial contributions and a few cases of Scotch, have convinced America’s health watchdogs to be shy and not be so vociferous in sounding the alarm and stating the plain facts. Alcohol conglomerates sponsor major workshops that wine and dine hundreds of journalists, convincing them that the evidence is not as robust as it appears. Below is an attempt to clear the fog and haze of misinformation and offer a much needed sober look at this health crisis.

According to the 2015 National Survey on Drug Use and Health (NSDUH):

“Among all cirrhosis deaths in 2013, 47.9 percent were alcohol related. The proportion of alcohol-related cirrhosis was highest (76.5 percent) among deaths of persons ages 25–34, followed by deaths of persons ages 35–44, at 70.0 percent. In 2009, alcohol-related liver disease was the primary cause of almost 1 in 3 liver transplants in the United States. Drinking alcohol increases the risk of cancers of the mouth, esophagus, pharynx, larynx, liver, and breast.”

What is the evidence that alcohol drinking is a cause of cancer?

“In its Report on Carcinogens, the National Toxicology Program of the US Department of Health and Human Services lists consumption of alcoholic beverages as a known human carcinogen. The research evidence indicates that the more alcohol a person drinks—particularly the more alcohol a person drinks regularly over time—the higher his or her risk of developing an alcohol-associated cancer. Based on data from 2009, an estimated 3.5 percent of all cancer deaths in the United States (about 19,500 deaths) were alcohol related. Clear patterns have emerged between alcohol consumption and the development of the following types of cancer: Head and neck, esophageal, liver, breast and colorectal.”

The uncomfortable details on precisely how alcohol attacks the body:

“When you take a drink, enzymes in your mouth convert even small amounts of alcohol into high levels of acetaldehyde, a carcinogen. People who consume more than three drinks a day are two to three times likelier to contract oral cavity cancer than those who don’t. Alcohol also damages the cells in the mouth, priming the pump for other carcinogens: Studies have found that drinking and smoking together pose a much higher risk of throat, mouth, and esophageal cancer than either does on its own.

“Alcohol continues its trail of cellular damage as enzymes from the esophagus to the colon convert it into acetaldehyde. The liver serves as the body’s detox center, but alcohol is toxic to liver cells and can scar the organ tissue, leading over time to cirrhosis, which raises the risk of liver cancer.

“As acetaldehyde courses through the body, it can bind to DNA, causing mutations that can lead to cancer, particularly in the colon. Alcohol is suspected of inflicting a double whammy on breast tissue because it also increases the level of estrogen in a woman’s body. High levels of estrogen prompt faster cell division in the breast, which can lead to mutations and ultimately tumors.”

Alcohol and Cancer: A Statement of the American Society of Clinical Oncology:

“The importance of alcohol drinking as a contributing factor to the overall cancer burden is often underappreciated. In fact, alcohol drinking is an established risk factor for several malignancies. As a potentially modifiable risk factor for cancer, addressing high-risk alcohol use is one strategy to reduce the burden of cancer. For example, in 2012, 5.5% of all new cancer occurrences and 5.8% of all cancer deaths worldwide were estimated to be attributable to alcohol. In the United States, it has been estimated that 3.5% of all cancer deaths are attributable to drinking alcohol. Alcohol is causally associated with oropharyngeal and larynx cancer, esophageal cancer, hepatocellular carcinoma, breast cancer, and colon cancer. Even modest use of alcohol may increase cancer risk, but the greatest risks are observed with heavy, long-term use.”

Wake-up-call to jolly imbibers in England:

“My job as chief medical officer is to make sure we bring the science together to get experts to help us fashion the best low-risk guidelines. If you take 1,000 women, 110 will get breast cancer without drinking. Drink up to these guidelines and an extra 20 women will get cancer because of that drinking. Double the guideline limit and an extra 50 women per 1,000 will get cancer. Take bowel cancer in men: if they drink within the guidelines their risk is the same as non-drinking. But if they drink up to the old guidelines an extra 20 men per 1,000 will get bowel cancer. That’s not scaremongering, that’s fact and it’s hard science.…….. We have to be very careful to ensure that the public know the risks of drink, so they can take their choice …….. The short-term harms we have underestimated in the past. We now have very good data. I was horrified to learn that every year a thousand people die of intentional self-harm while intoxicated, and over 800 of those are men ... When you start to balance out the short-term harms and the long-term harms, and the fact there is negligible protective effect of alcohol for men, then you get to ‘we need to drink within the same guidelines’.”

“The few groups that once battled with the alcohol industry have abandoned the effort in recent years. The American Medical Association, which used to focus on alcohol-related harm and campus binge drinking, stopped working on alcohol policy in 2005. The Ralph Nader-linked Center for Science in the Public Interest stopped during a budget crunch in 2009. That same year, the Robert Wood Johnson Foundation, which for decades had been one of the biggest funders of efforts to reduce underage drinking, largely pulled out of the field……

“The Foundation for Advancing Alcohol Responsibility, funded by companies such as Bacardi and Diageo, paid for journalists to attend workshops last year held by the Poynter Institute, the self-appointed watchdog of journalism ethics. ‘The conflict of interest is so big it makes me gasp,’ New York University nutritionist Marion Nestle told Health News Review when it broke the story on Poynter. ‘The alcohol industry wants journalists to extol the (purported) health benefits of drinking alcohol and to minimize the risks.’”

The highly stressed American woman has lately been the target of slick liquor products and advertisements. Mommy’s Time Out, Mad Housewife, Relax and Mother’s Little Helper are just four examples of the glib and glossy marketing of specialty wines. Her Spirit vodka encourages women to “Drink responsibly. Dream recklessly.” Johnny Walker now has a Jane Walker scotch. In 2016 women accounted for 83% of all wine purchases:

“And they control $4.3 trillion of the $5.9 trillion in annual consumer spending. Thankfully for the wine industry, their top demographic is female drinkers at 57%, compared with just 33% in beer and 40% in spirits. And about ¾ of women will purchase wine at some point for their household.”

Any perceived health benefits of alcohol are dubious at best. The wine industry in the US managed to influence the Department of Agriculture’s Dietary Guidelines back in 1995. The previously stated assertion that alcohol had “no net health benefit” was deleted. Questionable research declaring that moderate alcohol consumption may reduce the risk of heart disease was added and remains to this day.

Since the late 90’s the liquor industry has marketed their products as being part of a healthy and active lifestyle. Sponsoring major sporting events is part of American culture, but in recent years liquor products have been front and center in triathlons and 5K races. Michelob Ultra ads feature lean and buff men and women working out and then having a beer. These ads have been ubiquitous – even playing during the 2017 Super Bowl. In 2012 the Federal Trade Commission scared Devotion Spirits into ending their absurd marketing claims that their vodka included a protein that aided in muscle building.

Is there sound evidence for alcohol’s alleged health benefits? Mother Jones magazine did a comprehensive review of the data:

“Stockwell and Fillmore analyzed decades’ worth of studies on alcohol and heart disease. Once they excluded studies with ex-drinkers—which was most of them—the heart benefits of alcohol largely disappeared. Since then, a host of other studies have found that drinking does not provide any heart benefits. (Some studies have found that drinking small amounts of alcohol—sometimes less than one drink per day—can be beneficial for certain people at risk of heart disease.) Robert Brewer, who runs an alcohol program at the Centers for Disease Control and Prevention, says, ‘Studies do not support that there are benefits of moderate drinking.’”

The lower use of alcohol in the state of Utah is a prime example of the health benefits of abstaining from or severely limiting alcohol intake:

“Researchers conducting studies using purified proteins, human cells, and laboratory animals have found that certain substances in red wine, such as resveratrol, have anticancer properties. Grapes, raspberries, peanuts, and some other plants also contain resveratrol. However, clinical trials in humans have not provided evidence that resveratrol is effective in preventing or treating cancer. Few epidemiologic studies have looked specifically at the association between red wine consumption and cancer risk in humans.”

How to Pay for Addiction Treatment
https://www.thesimpledollar.com/financial-wellness/how-to-pay-for-addiction-treatment/

EVERYTHING YOU NEED TO KNOW ABOUT PREGNANCY AND DRUGS
https://oceanbreezerecovery.org/pregnancy-and-drugs-guide/

How does alcohol cause cancer?  http://scienceblog.cancerresearchuk.org/2016/02/09/how-does-alcohol-cause-cancer/

Alcohol and Cardiovascular Health: The Dose Makes the Poison…or the Remedy  https://www.mayoclinicproceedings.org/article/S0025-6196(13)01002-1/fulltext