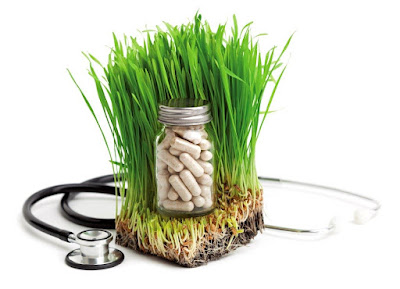 Britt Marie Hermes is a former naturopath who is now a leading critic of naturopathy and other alternative medicines. Her chapter in the 2018 book Pseudoscience: The Conspiracy Against Science exposes the core principles of naturopathy as lacking any scientific evidence and in some cases, can be deadly.  This is especially true when naturopaths attempt to treat people with cancer.


Overview of Naturopathy and Cancer


“Naturopathy claims the body possesses an innate ability to heal. This means, without medical intervention, the body often heals itself. The problems here are best illustrated in how naturopaths attempt to treat cancer (that is, when they know about it).

“Cancer is complicated by anyone’s assessment. It is well-established that cancerous tumors are very heterogeneous – they can harbor many different types of cancer markers, contain cells in various stages of growth and differentiation, and display aberrant functions that have been acquired through a large number of genetic mutations. As a result, appropriate cancer treatment provided by medical oncologists is personalized as much as possible for each patient. Medical cancer care involves different types of anticancer therapies, such as chemotherapies, hormone-blocking medications, radiation, surgery, and so forth.

“It does not include special foods, high-dose vitamins, supplements, saunas, enemas, or other common naturopathic treatments. This is because the evidence of using naturopathy to treat cancer is very clear. No natural product, diet, or alternative therapy has ever been shown to effectively and safely cure cancer. In fact, patients who use alternative therapies in cancer treatment have reported a worse quality of life and have higher rates of mortality compared to cancer patients who do not use alternative or naturopathic treatments. Despite the clear evidence that medical oncology offers the best chances of survival, naturopaths believe otherwise and fervently market their ineffective treatments to cancer patients…….

“Medical doctors understand that it is overwhelming, and maybe impossible, to know everything about cancer, especially as researchers continually add to the scientific body of knowledge of cancer. For this reason, the field of oncology is broken up into several subspecialties, such as hematologic oncology, radiation oncology, and pediatric oncology, to name a few. Oncologists even specialize in specific types of cancer, such as breast, colon, or lung cancer, each being too complex for cancer surgeons or oncologists to treat multiple types. Again, this is why an extraordinary amount of postgraduate medical training is required to specialize in oncology.

“Knowing this, think for a moment about the absurdity of a naturopath claiming to know enough conventional oncology to treat any type of cancer in patients of any age. Most medical oncologists would never make such a bold claim; they’d be asking for a malpractice lawsuit or appear like the infamous Stanislaw Burzynski, the medical doctor known for his one-size-fits-all experimentally dubious cancer treatments using a compound found in human urine. Yet this is exactly what naturopath oncologists claim to do with their own customized treatments.

“Naturopathic oncology is rife with quackery based on the idea that medicine is not always necessary to cure cancer. The special healing powers of nature are required. Naturopathic treatments alternatives include dietary restrictions, such as cutting out sugar, and injections of vitamins or even baking soda. Naturopaths want to fill the system with things that are claimed to support detoxification, like coffee enemas, special teas, and supplements, lots of supplements. These therapies are often touted as being safe and clinically effective alternatives to chemotherapy and radiation, despite the fact that many complementary and alternative treatments are understudied or have evidence to suggest they are harmful.”

Example of a Naturopath’s Fatal Diagnosis

One incident that convinced Britt Marie Hermes to leave her naturopathy practice was when a patient of hers was showing serious signs of hepatitis and possibly cancer. Hermes immediately referred her to a medical doctor. The patient was committed to her beliefs and demanded to be transferred to another naturopath at the clinic. Hermes relented, and transferred her to a naturopath with 30 years’ experience.

“I specifically and unambiguously told the naturopath who replaced me that I was worried that the patient had liver cancer. The naturopath had access to my chart notes, the lab results, my assessment, and gastroenterology referral. This other naturopath outright disagreed with me. To my horror, the patient left with a diagnosis of anorexia, a whey protein supplement, and instructions on how to manage stress.

“Less than one month later, the patient was hospitalized for complications for cancer that had metastasized to the brain; it was reported to me that the patient had slipped into a coma. I read in the obituary section of a local newspaper that the patient died months later.

“It is the ethical duty of a treating practitioner, naturopath or otherwise, to make every effort possible to ensure treatments provided to patients are clinically relevant, proven to be safe, and effective. Even when the cancer symptoms are jumping off of a patient’s chart, naturopaths are not trained well enough to recognize such obvious illness. Nor do decades of experience, it seems, improve clinical skills, for at least this one naturopath. Instead of considering the impact of her own actions on this outcome, the naturopath went on to blame the patient. I will never forget the naturopath commenting to me about how it was this patient’s anxiety that killed her, as she sauntered off to make sure her chart notes ‘were in order’ after learning the patient was in a coma. The naturopath confided in me that there could be a malpractice lawsuit.

“The harm in this story was obvious. A patient missed an important opportunity for proper diagnosis and treatment. Earlier medical care may not have extended her life, given the advanced stage of her disease. But a timely diagnosis may have given her the opportunity to prepare for death and spend more quality time with her loved ones. A naturopath’s inadequate diagnosis and treatment possibly expedited her death.

“What is clear from this story is that more years spent practicing naturopathy does not equate to more medical competency – witness my older colleague. Perhaps the two are negatively correlated, as age fortifies the brazen attitude that naturopathy is capable of anything and ‘allopathy’ is to be avoided at all costs.”

Source
Britt Marie Hermes, “An Inside Look at Naturopathic Medicine: A Whistleblower’s Deconstruction of its Core Principles” Pseudoscience: The Conspiracy Against Science, Massachusetts Institute of Technology Press, 2018

A study of almost two million people concluded a significantly higher risk of death for those that chose alternative therapies like naturopathy:

Why Is Big Naturopathy Afraid Of This Lone Whistleblower?  https://www.forbes.com/sites/kavinsenapathy/2016/05/31/why-is-big-naturopathy-afraid-of-this-lone-whistleblower/#3fc559597ee4

‘Essentially witchcraft’: A former naturopath takes on her colleagues  https://www.statnews.com/2016/10/20/naturopath-critic-britt-hermes/

Why one naturopath quit after watching her peers treat cancer patients  https://www.vox.com/2015/9/2/9248713/britt-hermes