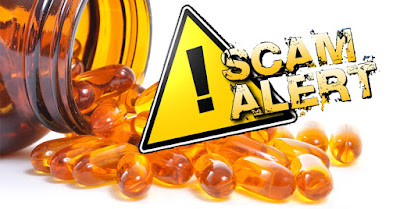 More bad news for the multi-billion dollar dietary supplement industry. The evidence just keeps mounting as time goes on and more studies are done that for the most part, the overwhelming part, supplements are in essence a massive scam. The industry gladly depends on basic human nature and people’s inclination to achieve good health the easy pill-popping way instead of hard work and self-discipline. Below is just a sampling of the evidence, but I recommend the last heading “The supplement industry wants consumers to be ignorant of the hard science of how supplements are absorbed and distributed”. If more people understood this ……. But ignorance is bliss.

Supplements of no benefit in preventing or alleviating cardiovascular disease. From the Journal of the American College of Cardiology:


“The authors identified individual randomized controlled trials from previous meta-analyses and additional searches, and then performed meta-analyses on cardiovascular disease outcomes and all-cause mortality. The authors assessed publications from 2012, both before and including the U.S. Preventive Service Task Force review. Their systematic reviews and meta-analyses showed generally moderate- or low-quality evidence for preventive benefits (folic acid for total cardiovascular disease, folic acid and B-vitamins for stroke), no effect (multivitamins, vitamins C, D, β-carotene, calcium, and selenium), or increased risk (antioxidant mixtures and niacin [with a statin] for all-cause mortality). Conclusive evidence for the benefit of any supplement across all dietary backgrounds (including deficiency and sufficiency) was not demonstrated; therefore, any benefits seen must be balanced against possible risks………

“Furthermore, overall health benefits were expected for multivitamin and multi-mineral use that also might have been reflected in reduced cardiovascular disease risk. It has often been noted that a significant proportion of Western diets are not optimal, and it has been reasoned that supplementation could rectify potential deficiencies. If there are no potential adverse effects to supplementation, then it can be argued that some benefits might have been seen, but as yet, they have not.”

Omega-3 Fatty Acid Supplement of very little to no benefit for people with cardiovascular Disease:

“Question:  Does supplementation with marine-derived omega-3 fatty acids have any associations with reductions in fatal or nonfatal coronary heart disease in people at high risk of cardiovascular disease?

“Findings:  This meta-analysis of 10 trials involving 77 917 participants demonstrated that supplementation with marine-derived omega-3 fatty acids for a mean of 4.4 years had no significant association with reductions in fatal or nonfatal coronary heart disease or any major vascular events.

“This meta-analysis of 10 randomized clinical trials, involving 77 917 participants, demonstrated that randomization to trial arms with omega-3 FA supplementation for a mean of 4.4 years had no significant effect on either of fatal coronary heart disease, nonfatal myocardial infarction (MI), stroke, revascularization events, or any major vascular events. Importantly, this meta-analysis also demonstrated no significant effect on major vascular events in any particular subgroups, including prior vascular disease, diabetes, lipid levels, or statin use. Likewise, the present meta-analysis showed no significant association of omega-3 FA supplementation with all-cause mortality or cancer……..

“The 2016 European Society of Cardiology and European Atherosclerosis Society guidelines for prevention of cardiovascular disease indicated that it is debatable whether omega-3 FAs may exert a protective effect, and the 2016 guidelines on the management of dyslipidaemia indicated that more evidence on the efficacy of omega-3 FA supplements for prevention of clinical outcomes is needed to justify their prescription. In contrast, the American Heart Association recommended that the use of omega-3 FAs for prevention of CHD is probably justified in individuals with prior CHD and those with heart failure and reduced ejection fractions. However, the results of the present meta-analysis provide no support for the recommendations to use approximately 1 g/d of omega-3 FAs in individuals with a history of CHD for the prevention of fatal CHD, nonfatal MI, or any other vascular events.”

“In 2007, researchers from the National Cancer Institute examined 11,000 men who did or didn't take multivitamins. Those who took multivitamins were twice as likely to die from advanced prostate cancer.

“In 2008, a review of all existing studies involving more than 230,000 people who did or did not receive supplemental antioxidants found that vitamins increased the risk of cancer and heart disease.

“On October 10, 2011, researchers from the University of Minnesota evaluated 39,000 older women and found that those who took supplemental multivitamins, magnesium, zinc, copper, and iron died at rates higher than those who didn't. They concluded, ‘Based on existing evidence, we see little justification for the general and widespread use of dietary supplements.’"…….

“Researchers from the Cleveland Clinic published the results of a study of 36,000 men who took vitamin E, selenium, both, or neither. They found that those receiving vitamin E had a 17 percent greater risk of prostate cancer. In response to the study, Steven Nissen, chairman of cardiology at the Cleveland Clinic, said, ‘The concept of multivitamins was sold to Americans by an eager nutraceutical industry to generate profits. There was never any scientific data supporting their usage.’ On October 25, a headline in the Wall Street Journal asked, ‘Is This the End of Popping Vitamins?’ Studies haven't hurt sales. In 2010, the vitamin industry grossed $28 billion, up 4.4 percent from the year before. ‘The thing to do with [these reports] is just ride them out,’ said Joseph Fortunato, chief executive of General Nutrition Centers. ‘We see no impact on our business.’"

Vitamin D supplements do not prevent cancer or cardiovascular disease:

“However, clinical enthusiasm for supplemental vitamin D has outpaced available evidence on its effectiveness and threatens to jeopardize the ability of researchers to conduct randomized trials in ‘usual-risk’ populations. Based on its recent systematic reviews of the literature, the US Preventive Services Task Force (USPSTF) concluded that data are insufficient to recommend vitamin D screening in routine clinical practice or to assess the effectiveness and overall balance of benefits and risks of supplemental vitamin D taken for the primary prevention of cancer and CVD.  In an earlier review, the Institute of Medicine (IOM) reached the same conclusion—namely, whether supplemental vitamin D lowers risk of non-skeletal health outcomes, and what dose might be required to do so, is uncertain.”

Some evidence for folic acid:

“The exception is supplemental folic acid for women of child-bearing potential, Appel says. ‘Folic acid prevents neural tube defects in babies when women take it before and during early pregnancy. That’s why multivitamins are recommended for young women.’ The Centers for Disease Control and Prevention recommends that all women of reproductive age get 400 micrograms of folic acid daily. The amount of iron in a multivitamin may also be beneficial for women of child-bearing potential, Appel adds.”

Some evidence Vitamin D supplements “may” reduce the risk of osteoporosis for those who can’t get any sun:

“Vitamin D supplementation, however, is an open area of investigation, particularly in deficient persons. Clinical trials have been equivocal and sometimes contradictory. For example, supplemental vitamin D, which might prevent falls in older persons, reduced the risk for falls in a few trials, had no effect in most trials, and increased falls in 1 trial. Although future studies are needed to clarify the appropriate use of vitamin D supplementation, current widespread use is not based on solid evidence that benefits outweigh harms.”

The supplement industry wants consumers to be ignorant of the hard science of how supplements are absorbed and distributed:

Consumers assume that when they take a supplement, it is automatically and effectively absorbed into the body and travels the path it needs to reach the target area. Not so fast……….

“What you swallow does not automatically equal what your body will absorb. Whether or not a drug or supplement is absorbed depends on the route of administration, the formulation (capsule/tablet/liquid/raw material), the chemical properties of the substance, and other factors (like food in the stomach). It needs to survive being dispersed in stomach acids and digestive enzymes. It must then dissolve fully into gastric juices (particulate matter is not absorbed by the body), and then the substance must cross cell membranes – just to enter bloodstream. Not all substances are absorbed. Drugs like insulin must be injected because they are destroyed in the stomach. Even if it makes it as far as absorption, a substance then needs to survive the ‘first pass effect’, which is passage of blood through the liver before it reaches the rest of the body. In the liver, enzymes attempt to eliminate and metabolize molecules, deactivating anything foreign or unwanted.”

If absorbed properly, there is the complex task of reaching its preferred destination:

“You cannot simply assume a substance will reach any part of the body to any significant degree. A substance may adhere to proteins in the blood, reducing the ‘free’ amount that is available for distribution to other cells. Not all chemicals, (drugs and supplements alike) are distributed equally to all parts of the body – some may deposit more readily in fat tissue, for example. The blood-brain barrier blocks most foreign molecules from reaching the brain.”

Why Are So Many People Popping Vitamin D? https://www.nytimes.com/2017/04/10/health/vitamin-d-deficiency-supplements.html?smid=tw-nytimeswell&smtyp=cur&_r=0