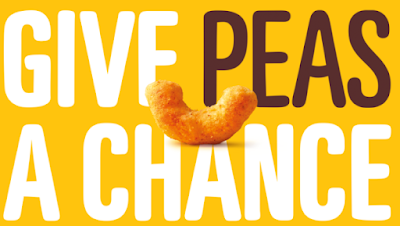 Puffed and popped snack foods originally made a shy and timid debut at the convenience store and grocery mart. In recent years they have muscled onto store shelves, making a small but noticeable dent in the almost $400 million annual US snack food market. They are made with legumes (like lentils, chickpeas, navy beans, and fava beans), grains (quinoa, cassava, sorghum), vegetables (such as cauliflower, Brussels sprouts, and beets), tropical fruit (jackfruit), and even seeds (water lily). The packages boldly and proudly proclaim: “veggies,” “skinny,” “smart,” “vegan,” “organic,” “non-GMO,” and “gluten free.”

Are they actually healthier or just the equivalent of most “healthier” granola bars, which have the same sugar and calorie amounts as chocolate bars? The University of California, Berkeley, set out to find out.

Anatomy of a puffed snack:

“These newcomers weigh in at about 110 to 150 calories per 1-ounce serving, with sodium ranging from under 100 to well over 200 milligrams and fat typically ranging from 3 to 8 grams, most of it unsaturated. Depending on the main ingredients, many deliver more protein than conventional processed snack foods, like potato chips—as much as 5 to 6 grams per ounce, which is about the amount in a large egg. Some products have 3 grams of fiber per ounce (comparable to a half-cup of many cooked vegetables), though others have little or none. By comparison, classic Cheetos Puffs have 160 calories, 10 grams of fat, 270 milligrams of sodium, 2 grams of protein, and less than 1 gram of fiber per ounce.”

No more for me, thanks:

Another benefit of these snacks is that they make most people feel “more full’ than regular snacks. Numerous studies, such as from the American Journal of Clinical Nutrition, have concluded that “adding air” to the snack does help quell the hunger pangs for most people. The presence of fiber and protein also helps: “Whole foods high in fiber or protein (like nuts and yogurt), when eaten as snacks, have been shown in studies to help make people feel full longer and delay their next meal. The research is less clear when it comes to added fiber and protein in processed foods, but some studies have found that snacks with these added ingredients can also delay the desire to eat a meal.”  A third factor is entirely psychological: “That is, if the food just looks bigger, you may think it will better satisfy your appetite, regardless of its calorie content.”

“Many of the latest iterations of puffed snacks are nutritionally better than the old guard, but be aware that they are still largely made up of flour and oil and often have moderate amounts of sodium and fat, a formula that makes them tasty and hard to stop eating. And they may not contain all those vegetables that you might think some have. For instance, those “beet” puffs may be mostly flour with beet powder added mainly for flavor and color.

“In a pinch, these snacks can be a reasonable option if you select carefully (always check the nutrition label’s fine print, including the ingredients list), and they could potentially help curb hunger and reduce overeating of calorie-dense foods. But the best foods to snack on are still whole or minimally processed foods—vegetables, fruits, nuts, hummus, and yogurt, as some examples. Keep in mind that popcorn qualifies as a healthy, whole-food snack, if you can find it not loaded with fat and sodium; air-popping dried corn (or another whole grain such as sorghum) yourself is the best way to prepare it, and you can mist it with olive oil or another flavorful oil and add herbs or spices after popping, if desired.”

“Hippeas Organic Chickpea Puffs. If anything was evident from this summer’s Fancy Food Show, it’s that chickpeas are in. We tried the Vegan White Cheddar and the Far Out Fajita puffs, which are both crispy and crunchy. The white cheddar has a mild cheeselike flavored coating, and the fajita has a mild Mexican spice blend taste. Made with chickpea flour, rice flour, and pea fiber, they have more fiber (3 grams), fewer calories (130), and less sodium (135 to 150 mg) than a 1-ounce serving of Cheez Doodles.

“P-nuff Crunch Baked Peanut Puffs. These crispy puffs are made with navy beans, white rice, brown rice protein, and peanuts, and they have a sweet yet salty nutty coating. A 1-ounce serving has 5 grams of protein along with 130 calories, 6 grams of fat, 160 mg of sodium, and 2 grams of sugars.”

How to Snack for Better Health    https://www.consumerreports.org/snacks/snack-for-better-health/

Concise Reasons Why 10 Superfoods Are Not So Super http://www.mybestbuddymedia.com/2016/09/concise-reasons-why-10-superfoods-are.html

7 Weight Loss Scams That Will Trim The Fat Off Your Savings http://www.mybestbuddymedia.com/2018/06/7-weight-loss-scams-that-will-trim-fat.html

15 Tempting Foods and the Sweat to Burn Them Off  http://www.mybestbuddymedia.com/2013/11/15-tempting-foods-and-sweat-to-burn.html