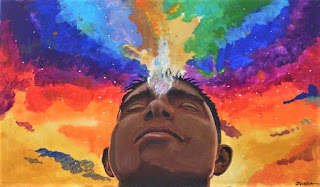 Part two of Guerrilla Skeptic and psychic sleuth Susan Gerbic (and her team) tenaciously and meticulously exposing psychics’ trickery and deception. They give the appearance of being in contact with deceased loved ones in the spirit world, but it is all a con. Desperate clients are eager to contact deceased family members and NEED the psychic to be right. Below are a summary of 8 more sly methods that lead many to exclaim “There is NO WAY the psychic could have known that!”

“For some psychic events—you purchase a seat and with a bit of research—they know who you are. It doesn’t take much effort to connect the person who has purchased the seat—to a Facebook account. Especially when after purchasing the ticket online there is an option to share the event on social media. Seriously, they have a button to push that says, ‘You have purchased a ticket to see Theresa Caputo, share this with your friends.’ And then you see the icons to Facebook, Twitter, Instagram. It’s easy for the Caputo staff to follow-up on a few of those leads. They only need a few ringers spread out in the audience to wow the crowd. A compelling story about a missing child, a grieving widow, a firefighter who died rescuing a family, any tearjerker stories will do.”

“One woman wrote to me and said that Thomas John had given her an exact reading, he had even known her stepfather’s nickname, and there is NO WAY Thomas John could have known that. Challenge accepted, she had written to me on Facebook, so I had her profile right in front of me. I gave it to one of the team members of Operation Grief Vampire, and a few minutes later, my team member came back and asked, ‘Is the nickname Sunny?’ I asked the woman if that was correct and she was surprised that we knew that.

“Turns out she had shared the obituary for her stepfather a few months before on her Facebook feed. When we looked at it, in the first line it said the man’s nickname was Sunny. The woman said she had completely forgotten that she had shared that obituary. Once we had that information, we knew all kinds of things about Sunny, other relatives’ names, some living, some having died. His occupation, his clubs, his military service all on that one clipping. She said that Thomas John had shared some of those same things with her. And she thought they have been direct hits that Thomas John could not have known.”

“Sometimes when looking for information for a hot-read, there is little on the Facebook page, or it is locked down so only their friends can view the content. No worries, often there is something that can be gleaned. People wishing you a happy birthday is usually one of those posts that appear on most semi-locked down pages.

“And if you can see friends or comments, then you can click on those friend’s pages. One of them won’t be so locked down and if they can figure out the relationship with you, then they can glean information. Did they go to college, elementary school with you? Are they a cousin or coworker? If they are a relative then even better, you probably share the same grandparents at least on one side of the family. If they make a comment about missing their grandmother whose anniversary of their death is coming up, then it might pertain to you. I’ve used family members’ Facebook pages often to get information from a locked down page. It really isn’t that difficult.”

“There are many Facebook groups devoted to towns and schools. If the psychic can figure out where you might have grown up, they can infiltrate one of these groups, almost every school has a Facebook group for alumni. If they don’t know which one, then they can join them all from the area you grew up in.

“Once inside the group they can make casual conversation and ask the group if anyone knows what happened to ole so-in-so. They can say that they had a crush on you in school and didn’t know what happened to you after graduation. If you were in that class, then someone will know something helpful. People share all kinds of photos in these groups even elementary school class photos. So if a psychic wants to take the trouble to look through them, then maybe they will get lucky. Maybe they will know who your second-grade teacher was?”

“Once you have a full name, you have a lot of options. Especially if it is an unusual name. One woman who wrote to me could not figure out why the psychic was telling her about a family farm she grew up on in Ohio. She told me she didn’t know anything about Ohio or a family farm. I did a Google search on her name and the first hit I got was a farm in Ohio with her last name. The woman’s Facebook page was really well locked down and I could only see her profile photo (which turned out to be a very old photo of her as a young woman) and her name. She said that the psychic kept trying to tell her about this farm, and finally when nothing was hitting, the psychic offered to give her money back. Now she understood why the psychic kept failing, the psychic was trying to hot-read her and could not make a match.”

Many old high school yearbooks have been uploaded online:

“There are also websites that are devoted to uploading yearbooks and school photos. If you were in a yearbook playing on a sports team, or a club, or only the school photo, it may come up on a search. Imagine your surprise if the psychic can describe a moment from your high school years? They can see teachers and the faculty in the yearbook also. If a student died during the school year, there is often a memorial to them at the back of the book. Maybe you knew them, maybe you didn’t. But the psychic might try mentioning the student in the hopes that you could have interacted with them at some point, very likely that death would invoke a memory.”

Here comes Ancestry.com to make it even easier for psychics:

“My friend, Lei Pinter, texted me that she knew that my parents’ names were Tony and Tressie, that I grew up on Towt St and that I probably played at Closter Park growing up. She knew my mother loved to quilt and my father played the guitar. That’s a ton of information, enough for a full fifteen-minute reading with a psychic. Where did she get this amazing information? As far as I know Lei isn’t psychic. Well she has an Ancestry.com account, as do I. I have a very public family tree there that contains information about my ancestors (once they are dead their information becomes public; you can even find social security numbers). But even if I had not had this interest in genealogy, all those documents she found would have been there to be found.

“A quick search on Ancestry will pull up my father’s death certificate, the newspaper obituary, a picture of his and my mother’s gravestone (which has an etching of a guitar on his side and a quilt on my mother’s side), the forms my father filled out to receive social security in the 1930s, his military records, his registration for the WWII draft including a description of him with any scars, missing fingers, or whatever. There are copies of his name, phone number, address in the city directories, he is mentioned in other people’s obituaries as having survived them, or when he preceded them. Birth, marriage, and death certificates for his siblings, children, parents mention him also.

"And every ten years in the United States we do a census; it will not be revealed for more than seventy years. We do not have access to the 1950 census yet, but as my father was born in 1918, he is on the 1920, 1930, and 1940 censuses, along with people living in the household. And if the psychic wants to know more about my father’s parents, that wouldn’t be difficult to find, as you just keep following the leads to more and more information.”

“Newspapers.com is another resource for finding various information. A quick search for my sister, and I find her mentioned in our local newspaper many times: once she won a turkey in a Thanksgiving day race; another time she was hit by a car when she was riding a bike (very minor injuries). She and my brother were in the paper multiple times for singing in the school choir and in local plays.

“I’ve seen all kinds of local, non-newsworthy stories that appear usually in smaller newspapers. I’ve found relatives that are cast in the elementary school play as one of the background characters. Announcements that a family gathered with neighbors for a bridge party. My mother’s home-town newspaper even these days mentions when someone comes from out of state to visit with a local resident. Class reunions and content you had no idea exists is there for finding. Imagine what a psychic could do with this information? There is NO WAY they could have known that.”

There Is NO WAY The Psychic Could Have Known! https://skepticalinquirer.org/exclusive/there-is-no-way-the-psychic-could-have-known/

Busted: Psychics Exposed For The Con Artists They Are  https://www.mybestbuddymedia.com/2019/04/busted-psychics-exposed-for-con-artists.html