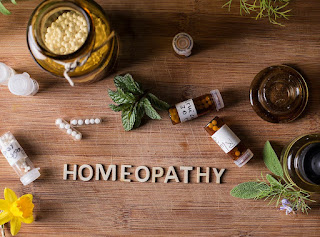 The evidence that homeopathy is arguably the biggest fraud of the 20th and 21st Century is so overwhelming and breathtaking it is amazing how some people still use it. For most of them the crushing evidence will not dissuade them. The sly, smooth-talking homeopaths know that once they have deceived the gullible, only a few weeks need to go by, and that’s it, mission accomplished. The patient will not want to later hear evidence and facts because their ego is their god, and they cannot stand their ego taking a beating. They absolutely will not suffer the humiliation of actually being wrong about something! And the clever homeopaths are laughing all the way to the bank. Even the absurdity of the newest homeopathic “remedy”, the Berlin Wall pill, will not convince people who are walking gods and have an intelligence a cut above everyone else.

Think this must be a big joke? Hard to believe but true: 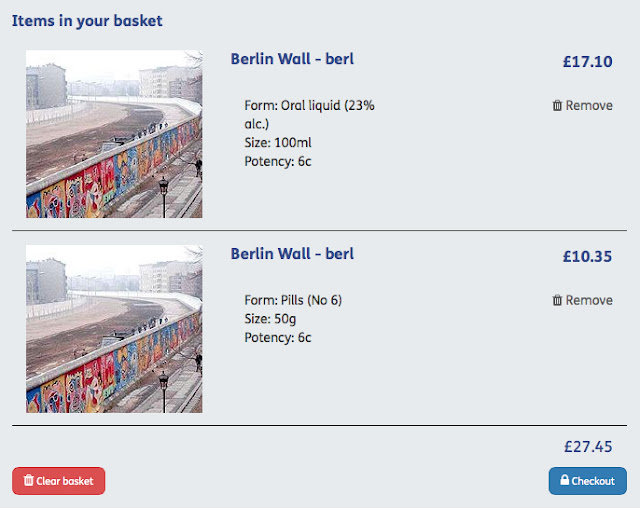 “Stressed, anxious, paranoid, aggressive, asthmatic or depressed? Perhaps popping a pill containing atoms from the Berlin Wall might help... That’s the claim made by Prince Charles’s favorite alternative pharmacist, Ainsworth's of Marylebone, London, where homeopathic medicine, made from ground-up masonry particles from the Cold War relic, is being sold as a ‘cure’.

“The potion, also known as Murus Burliness, is claimed by homeopathic practitioners to contain a ‘spiritual force’ that can help people who have problems with creating or breaking down barriers in their lives. It is made by grinding down pieces of the old concrete structure, which was demolished in 1989, and diluting them manifold times with lactose, water and alcohol.”

“The remedy, known also as Murus Burliness, is described as containing fragments of the Berlin Wall, though diluted to sub-molecular levels in accordance with homeopathic practices. Among the conditions and symptoms, the remedy is recommended for are ‘separation’, ‘personal relationship issues’, and ‘helping break down barriers.  Ainsworth’s sells the remedy with prices ranging from £20 to £72. The remedy is also available from national homeopathy manufacturer Helios.

From their own web site, the Berlin Wall homeopathic pill will treat and cure:

• Headache, deep crushing, congestion, bursting with depression and photophobia; gives the feeling of being cut off and isolated.

• After strokes, for parts not connected yet again.

• Stiffness of joints-swelling: " a claw coming into it".

• Emptiness, a hole in the gut (ulcers).

This is what may occur psychologically when you take this pill – just a small sampling:

• It struck me that all of a sudden, I experience men quite differently, nicer, softer, more friendly. It was so striking that I could not ignore it. It even happened to me that when a man explained the path, he laid his hand in a very friendly and tender way on my shoulder during the whole of his explaining.

• Holding the remedy for a while gives a tremendous rise of grief and sadness, so huge you would drown in it.

• A suppressed ("walled off") grief about financial problems thirty years ago (he never told his wife about that time because he didn't want to bother her with that) came up, he wept over it for the first time together with his wife. After that he was less irritable and more tender towards his wife.

• Don't come near me. Men only want to plunder you and burn you down; absolutely no sex.

• Basically, I have a strong desire for love. Don't leave me, stay with me, but in my solar plexus area I feel, don't touch me.

• I suddenly understand very thoroughly why I have to smoke. In a shop I got furious when a woman didn't wait for her turn. I could not utter a word (fortunately the anger stays inside, the anger is not in proportion to the incident). I immediately feel the need for a cigarette to get control over my emotions again. Smoking is a protection; it is keeping my emotions inside. If I would stop smoking, I would feel my emotions vehemently and I am afraid I can't handle it.

• Immediately when touching the remedy I feel more at ease, I feel a separation between my energy and the energy of the other/the outside.

•After touching the remedy could not find my home again, lost my way, could not go to work the next day feeling as if things from the war came up again.

• There is a big heap of sand before my house-door, it is so high that it is on window level. Anybody could walk in by the window. This gives me a very unsafe feeling (known old anxiety). Yesterday many old ailments came back: headache, a coryza, a stressed feeling, burning spots on my head. This morning they are all gone.

17 Concise Reasons Why Homeopathy is a Fraud   http://www.mybestbuddymedia.com/2013/10/17-concise-reasons-why-homeopathy-is.html

8 Reasons Why Homeopathy Is A Cult  http://www.mybestbuddymedia.com/2018/01/8-reasons-why-homeopathy-is-cult.html