“Not In My Backyard”: The New York Times Surprisingly Exposes Liberal Hypocrisy 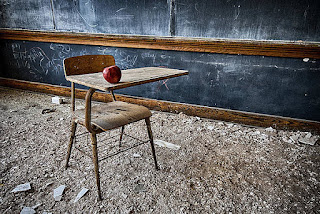 The rich talk a good game but often don’t live up to their convictions. Many affluent Americans whose politics are on the liberal left are being exposed as hypocrites in regards to housing, taxation and education.  The New York Times, which in many cases is the flag-bearer for the left, is displaying integrity and courage in criticizing and exposing their own. Below is the text for the education segment of the Times’ report. The entire video is below.

“The Democrats say, quote, ‘We must provide a world-class education in every ZIP code, to every child, because education is a critical public good.’ They use this word ‘ZIP code’ to represent the fact that in America, schools get their funding based on the real estate taxes of the houses within that school district. The more expensive the neighborhood, the more funding goes to the school.

“So over here in Illinois, which is the quintessential liberal state, there’s this one county that contains the city of Chicago. It’s called Cook County. The residents here voted overwhelmingly for Democratic candidates in the presidential and senatorial elections last year.

“Often, what would happen is that this would just be one big school district and that all the taxes from all the towns in this county would be put into one bucket and distributed equally throughout the county. But the residents of this very blue Democratic County have actually decided to divide themselves into more than 140 school districts. So now you have all these tiny school districts, like this one, which are like gerrymandered around the richest part of town.

“And so, all of the taxes from these rich homeowners go into one little bucket and then only get distributed to the schools within this rich region of the county. It can be on the same block that the town line runs through the middle of it. And if you live on one side of that line, you’re consigned to an inferior education by virtue of the fact that you and your neighbors don’t have as much money.

“This is crazy. It means, basically, that the kids who have the greatest needs have the fewest resources. The same thing is happening in wealthy, liberal Connecticut, where the inequality in education opportunities is shameful, with some schools having huge budgets for their libraries and facilities and others in the same state having to use duct tape to keep wind and snow out of their windows. Like, this is a real thing.”

Advocate speaking at a meeting:

“’We need your help in establishing guidelines, procedures and funding to address issues negatively impacting our students, like extreme temperatures, mold, lead exposure and poor water and air quality.”

(Narrator continues) “So, yeah, Binya tells me that the states could change this. They could actually just collect all the real estate taxes and then equally distribute them.

“But if you look at some of our liberal strongholds, that is exactly what they are not doing. Let me be clear about something. In blue states, progress is being made, albeit slowly. For instance, a few weeks ago California finally passed a law that gets rid of single-family zoning. It’s a small step in the right direction. And in many cases, blue states provide more and better public services.

“And historically have given better chances to low-income families to climb the economic ladder. But for some of these foundational Democratic values of housing equality, progressive taxation and education equality, Democrats don’t actually embody their values very well......

“This is not a problem of not doing well enough. It is a situation where the blue states are the problem. Affluent liberals tend to be really good at showing up to the marches and talking about how they love equality. They’re really good at putting signs in their lawns saying that all are welcome here. But by their actions, what they’re actually saying is, yes, we believe in these ideals, just not in my backyard. We are not living our values.

“People who live in blue states, people who profess liberal values, you need to look in the mirror and need to understand that they are not taking the actions that are consistent with those values —not just incidentally, not just in small areas — but that some of the most important policy choices, we are denying people the opportunity to prosper and to thrive and to build better lives. And it is happening in places where Democrat's control the levers of policy.”