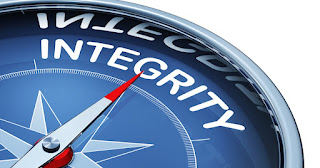 There are far too many people who are not genuinely honest about their final conclusions and opinions on any given issue. They were convinced of a point of view from one source or other, and if someone were to later ask them the top 3 counter-arguments to their view, they would have no clue! Or they would give the saddest representation of a point ever given. The sad fact is that elementary and high school teachers never taught critical thinking, and the result is a deluge of fallacious and sometimes deadly thinking that leads to harmful consequences.  Would it be so hard for schools and parents to teach kids that both sides be fairly and equally evaluated before forming an opinion? That is just the tip of the iceberg in regards to the benefits of critical thinking. How about not thinking with your emotions and using the trillions of marvelous, God-given brain cell connections that make up the greatest wonder of physical creation – the human brain? Below is just a small glimpse into this in the text quoted below from Science Denial: Why It Happens and What to Do About It.

“Everyone likes to think of themselves as behaving in an unbiased fashion most of the time. We all view ourselves as fair and impartial arbiters of facts akin to the blindfolded statue of Lady Justice evaluating competing claims without bias, emotions or motivations. And yet …... overwhelming psychological research suggests that such unbiased rationality is actually a fairly elusive quality in humans. Much of the time people are on automatic pilot. In other words, individuals are acting without reflection more often than they are thinking carefully and deliberately. The rest of the time, even as individuals are trying their best to think through issues, motivational goals may bias their thought processes and bias their reasoning.

“Psychologist Ziva Kunda, who coined the term ‘motivated reasoning’ to describe this phenomenon, explained that although individuals try to make well thought-out decisions, use available evidence, look at both sides of an issue, the process is often tainted by motivations that may be unknown to them. Individual’s motivations may attend them to direct more carefully to some information while ignoring other relevant facts. Or they may use different strategies to evaluate information they prefer to be correct (such as dismissing obvious flaws) while at the same time being hypercritical of flaws in information, they prefer to be wrong.

“Individuals are more rigorous in their evaluation of evidence and claims that are in conflict with their own positions than those that are in accord with their prior attitudes. A classic study by Lord and his colleagues had individuals who were either in favor or against capital punishment read articles describing social science research that showed either support or no support for capital punishment as a crime deterrent. Individuals tended to be more critical of studies whose outcomes they did not favor compared to studies supporting their prior point of view. They cited potentially legitimate methodological concerns such as insufficient sample size or lack of adequate controls or sampling errors. These reasonable research study critiques were identified much less frequently for studies that supported their views.

“The researchers concluded that individuals’ evaluation of research quality rested more on the alignment between the reasoners’ beliefs and the study’s conclusions than on the study’s methodological rigor. Other research also found the same biased evaluation of political arguments. For example, Charles Tabor and Milton Lodge found that citizens evaluated arguments about affirmative action and gun control as stronger when they concurred with the position being taken and weaker when they disagreed. They also found that individuals were far more likely to come up with counterarguments against those positions that were contrary to their own.

“How could that happen? Kunda explains that individuals can have what she called a ‘directional goal’; that is, they can be motivated to arrive at a favored conclusion. This can happen to individuals who have a stake in the outcome, either personally, professionally, or financially. Beverly’s friends and family may be skeptical of climate change (and coal’s contribution) for a variety of reasons, including their personal and financial stake in the continuation of a livelihood in the fossil fuel industry. Similarly, a solar panel salesperson may be motivated to overestimate the benefits of solar energy if paid by commissions. An environmental activist may put more weight on nuclear disasters than their numbers warrant when compared to their potential to reduce global warming. Someone who owns a restaurant or barbershop may view public health data on stay-at-home policies during a pandemic through the lens of the impact to their business. Anyone with a favored outcome may be compromised in their reasoning.

“Evidence has been mounting that everyone is susceptible to the siren’s song of their own motivations. Researchers in the fields of decision-making, problem-solving and reasoning have argued for decades that individuals were motivated toward what Kunda calls an ‘accuracy goal’, in other words, to be correct. Researchers may have given too much credit to reasoners, assuming that after making the effort to think through an issue, they would be motivated to be correct given the information at hand and the problem-solving strategies at their disposal. However, individual's tendencies to reason toward a preferred conclusion are much stronger than previously assumed.

“Motivation can influence not only the selection of information that individuals attend to when reasoning but also the strategies that they use to think and reason with evidence. When individuals are motivated to be accurate in their conclusions, they put forth the effort to weigh both sides of the issue. They are more likely to slow down their thinking and resist jumping to premature conclusions. However, if individuals are motivated (either knowingly or unwittingly) to arrive at a desired conclusion, they put forth extra effort to recall knowledge they can use to refute information that is a threat to their position. At the same time, these individuals are prone to ignore evidence that contradicts their preferred conclusion.”

Gale M. Sinatra and Barbara K. Hofer, Science Denial: Why It Happens and What to Do About It, Oxford University Press, 2021

17 Simple Ways to Spot Fake News: Instructions for The Left and The Right  http://www.mybestbuddymedia.com/2018/04/17-simple-ways-to-spot-fake-news.html

How MSNBC and Fox Use Outrage to Dupe the Masses  https://www.mybestbuddymedia.com/2019/06/how-msnbc-and-fox-use-outrage-to-dupe.html

Inside The Sensitive, Disillusioned, Bewildered Heart of Conspiracy Theorists  https://www.mybestbuddymedia.com/2019/05/exposing-sensitive-disillusioned.html

9 Basic Ways We Fool Ourselves into Believing Things That Aren’t True  http://www.mybestbuddymedia.com/2018/04/9-basic-ways-we-fool-ourselves-into.html