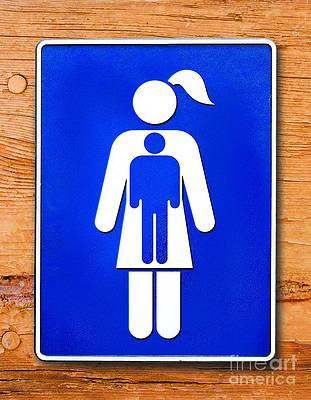 Neuroscientist and academic researcher Dr. Debra Soh specializes in gender, sex, and sexual orientation. Her research has appeared in several academic journals, as well as Harper's Magazine, The Wall Street Journal, Scientific American and the Los Angeles Times. She has appeared in a number of TV programs, including The Doctors and Real Time With Bill Maher. In her 2020 book "The End of Gender: Debunking the Myths About Sex and Identity in Our Society", Soh exposes the zealous, unscientific transgender ideology that severely harms many children and is exactly the same as a fanatical, intolerant religious movement. The following are just a few pertinent excerpts.

The majority of children who experience gender confusion grow out of it by puberty:

"Across all eleven long-term studies ever done on gender dysphoric children, between 60% and 90% desist by puberty. Desistence refers to the phenomena of gender dysphoria remitting. A child who has desisted will no longer feel dysphoric about their birth sex. These kids are more likely to grow up to be gay in adulthood, not transgender. Regardless of whether we look at older or newer studies, no matter how large or small the sample size, or where in the world and which research team conducted it, the data is irrefutable."

"Parents are told that (puberty) blockers are a 'pause button' that will buy their children more time to decide about transitioning, and if they should stop taking them, puberty will resume as normal. I asked William Malone, a board-certified endocrinologist and the medical director at an endocrinology and diabetes center in Idaho, if this was true. He told me:

"Despite the current widespread use of puberty blockers for gender dysphoria, the scientific community is largely ignorant to these answers. Puberty is a critical time for physical and psychosocial development, as sex differentiation, brain, and musculoskeletal maturation all occur within complex social context. In other words, it's not just the physical changes of puberty (which are multifaceted) that are important, it's also the timing of those events .... We have no idea if fertility will be preserved, or if other physical functions of the body that depend on properly timed puberty will 'catch up'".

The rabid, cruel furor to label as many children as possible as gender dysphoric:

"Rapid-onset gender dysphoria (ROGD), seen primarily in teenage girls and college-aged young women, is characterized by a sudden desire to transition to male, often out of the blue, without any previous history of gender dysphoria. Similar to desistence, this issue has been called a myth by some critics, a condition made up by transphobic parents and teachers, subsequently fueling backlash against those who study it.

"In August 2018, all hell broke loose when Lisa Littman, a physician and assistant professor at Brown University, published the first study on rapid-onset gender dysphoria, which consisted of 256 parents completing a 90-question survey.  Her findings suggested that for some of these girls, being transgender is a form of social contagion.

"More than 25% of the children had come out as gay, and more than a third had come out as bisexual, prior to identifying as transgender. About 60% of the children had at least one mental health disorder, such as anxiety or autism, and many others had a history of self-harm or trauma. From the conversations I've had with these parents, many of the girls also have a diagnosis of borderline personality disorder. Most important, as noted in Littman's study, none met the diagnostic criteria for gender dysphoria in childhood as defined by the latest DSM guidelines." (DSM - Diagnostic and Statistical Manual of Mental Disorders from the American Psychiatric Association)

"What I found the most unnerving when I first began looking into rapid-onset gender dysphoria (ROGD) is the degree to which each child's story was identical. A previously feminine daughter would attend a school assembly about transgender issues or perhaps befriend an influential peer who later comes out as trans. The child will then socially transition at school without the parent's knowledge. When the parents are finally alerted to this new identity, they are told the child will be at high risk of suicide unless their gender is affirmed.

"Taking a child to a gender clinic only makes things worse. As an indication of the pace some gender specialists choose to move at, I have had parents tell me that, upon calling a gender clinic simply to gather information, the receptionist would tell them, without having met their daughter, the child must begin hormonal blockers immediately."

"In Newcastle, England, a city that has a population of about 300,000 people, hundreds of young women have come forward, saying they regret transitioning. Fitting the profile of girls with ROGD, some report being lesbian and on the autism spectrum.

"Why aren't we hearing more about this? One reason detransitioning seems rare is that a person isn't required to go to the doctor in order to do it. This makes it difficult for gender clinics to track these numbers. In most cases, over the course of several months, an individual will make the decision to halt medicalization by stopping hormones and socially transitioning back to their birth sex. Unlike the decision to come out as trans, which is often done publicly to alert friends and family on social media, the decision to transition is usually undertaken quietly and privately. Some will disappear for a period of time before re-emerging on social media as their birth sex without any formal announcement."

"Medical professionals are following direction from activist organizations. They are under the impression that if they don't offer access to hormones, no matter how young or to what extent psychiatric comorbidity is evident, an individual will commit suicide. They do not have any protocols to help detransitioners,  because they see detransitioning as a problem with the LGBT+ community that should be solved among its members. They are also very likely motivated by fears of being called transphobic, because helping a patient detransition can lead clinicians to losing their licence. With the passing of bills that outlaw any approach that isn't affirmation, clinicians have told me they are terrified to step outside the lines."

The unrelenting cruelty and hate of the transgender community toward those that express regret:

"Testosterone leaves a woman's voice forever altered and gives her permanent facial hair, even after she has stopped taking it. For those who have had a double mastectomy or phalloplasty (or in the case of someone born male, a breast augmentation and vaginoplasty), they may choose to pursue reversal surgery through reconstruction of their breasts (or chest) and genitalia .......

"In cases where an individual has had a hysterectomy (including removal of their ovaries), their only option is to be taking exogenous estrogen for the rest of their life. Similarly, for those born male who have had their testes removed, they will need to be on testosterone, and if they were taking estrogen, they will have permanently enlarged breast tissue.......

"In the event that an individual regrets their bottom surgery, it can be reversed, to some extent. For males who transitioned to female and back to male, a phalloplasty can be undertaken to create a new penis, but it will require the implantation of a rod to facilitate an erection for intercourse. These procedures are also expensive, ranging in the tens of thousands of dollars, not to mention the associated risk for complications that accompanies invasive surgery.......

"Many detransitioners have been traumatized by surgery and doctors, so the last thing they want to do is undergo more surgery. Most just want to resemble their birth sex enough so that they can get by in society without any problems and they can move on with their lives. For those who have had a double mastectomy, insurance won't cover breast reconstruction, and most are still paying off the cost of their original surgeries. Even with implants, they may not be able to breast feed a child......

Dr. Debra Soh, "The End of Gender: Debunking the Myths About Sex and Identity in Our Society", Threshold Editions, an imprint of Simon and Shuster, 2020

Gender transitions are becoming more and more common. Adults can make informed decisions about hormone treatments and gender reassignment surgeries, but what about children?   https://sciencebasedmedicine.org/gender-dysphoria-in-children/

A Review of Under Our Skin, A Cult Classic        https://sciencebasedmedicine.org/a-review-of-under-our-skin-a-cult-classic/

How I Would Explain a Christian View of Transgenderism to a Non-Christian  https://samueldjames.substack.com/p/how-i-would-explain-a-christian-view-045

Voices from others on the journey: https://sexchangeregret.com/voices

Current treatment protocols of hormones and surgery are experimental. There’s no proof they are safe or effective. We present articles and studies that shine a light on the risks of social transition, hormones and surgery for both adults and children.  https://sexchangeregret.com/research