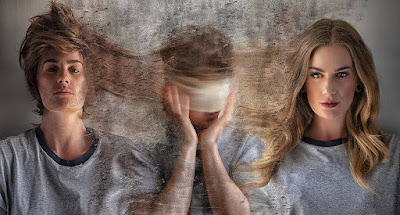 The entire transgender ideology is a new religion carried out with religious zeal. Any attempt at caution or criticism is met with hatred and hostility. No one is allowed to question the new "gods" of transgender ideology. And if thousands of children's live are ruined in the process, it's an acceptable price to pay. Much of the evidence below is from England. Canadian and American media seem reticent to speak out. The exact same problems and issues are occurring in North America as well.

For the past 50 years children's gender dysphoria has been examined by psychologists and in the overwhelming number of cases the children soon grew out of it. Now with religious zeal children are immediately administered disfiguring treatments, with thousands soon living with regret and a lifetime of consequences.

Not enough adequate assessment, leading to children's lives in ruin. Trans-activism and ideology fueling policy. Overwhelming abuse and hostility toward those who regret their decision:  15 minutes 10 seconds - 21 minutes 4 seconds

"They were wrong to pigeon-hole him so quickly." Gender identity confusion is common - they are going to grow out of it - don't mess them up. Start - 3 minutes 16 seconds

Therapists didn't think her eating disorder had anything to do with her issues: Start - 1 minute 3 seconds

"I remember breaking down This was a mistake": Start - 2 minutes 42 seconds

"A lot of these women felt they were not in a state to give consent. Because they felt so unwell with eating disorders or depression":  3 minutes 52 seconds - 5 minutes 7 seconds

"What they wished they had was therapy ....... What they need may not be what they want at this time." Gender dysphoria clinics not set up to deal with other mental health issues. They don't have the resources: 8 minutes 4 seconds - 9 minutes 39 seconds

Psychologists not allowed to diagnose a patient as NOT trans: 4 minutes 4 seconds - 4 minutes 41 seconds

Clinicians at the Tavistock Center raised serious concerns about the rush to treatment and the lifetime of harm on many of the children. Tavistock management shut them down every time. "When I raised concerns, I was told I had to toe the line, or I would never progress in my career ...... I kept saying to her: Are we hurting children? She did not say no ...... She was not able to say to me: It's fine. We are not hurting the children.":   Entire 12-minute video

Female to male athletes have an unfair advantage over biological women athletes:

"Given the centuries-long history of women fighting to be treated equally and to enjoy the same rights and privileges as men, including and especially the hard-won Title IX laws that protect women’s sports, it seems clear to me that we should and must continue to support the rights of biological women unless and until scientific research and athletic performance evaluations make it crystal clear that the two bell curves perfectly overlap, and/or until there are enough transgender athletes to comprise their own athletic divisions."

If you think you might be trans, you are.

You can start trying out trans by using a binder to flatten your breasts.

Testosterone is amazing and it may just solve all your problems. You don’t have to be certain you are transgender to go on hormones.

If you’re not supported in your trans identity, you’ll probably kill yourself.

Deceiving parents and doctors is justified if it helps transition. Scripts are provided that will convince doctors to give you hormones. It’s OK to lie and say you have always known you were trans even if it’s not true.

You don’t have to identify as the opposite sex to be “trans.” You can be “genderfluid” and reserve the right to change your mind. One said she wanted to be identified as a woman only some of the time.

If you’ve ever felt different, anxious, or afraid, or felt like you don’t fit in, there is a transgender community ready to accept you and become your new family.

Gender transitions are becoming more and more common. Adults can make informed decisions about hormone treatments and gender reassignment surgeries, but what about children?   https://sciencebasedmedicine.org/gender-dysphoria-in-children/

A Review of Under Our Skin, A Cult Classic        https://sciencebasedmedicine.org/a-review-of-under-our-skin-a-cult-classic/

How I Would Explain a Christian View of Transgenderism to a Non-Christian  https://samueldjames.substack.com/p/how-i-would-explain-a-christian-view-045

Voices from others on the journey: https://sexchangeregret.com/voices

Current treatment protocols of hormones and surgery are experimental. There’s no proof they are safe or effective. We present articles and studies that shine a light on the risks of social transition, hormones and surgery for both adults and children.  https://sexchangeregret.com/research