Power Of The Mind: Crippling Fears Of The Electromagnetic Hypersensitive 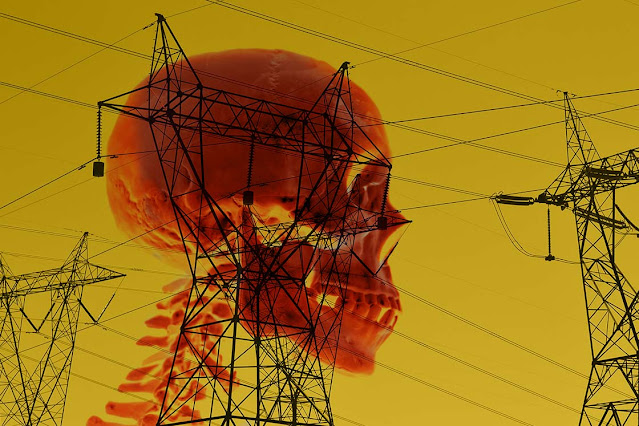 Some people believe they are being harmed by their exposure to electromagnetic fields. This is a condition called electromagnetic hypersensitivity (EHS). The symptoms vary, and include headaches, fatigue, anxiety, sleep disturbances, shortness of breath and heart palpitations. The alleged causes are:

-microwaves and other electronic devices.

As we shall see from the overwhelming evidence, the power of the mind is, literally, mind-bending. The influence beliefs and thoughts can have on the human body, whether for good or for ill, is incredible. Below is a summary of the irrefutable evidence, ending with a quick look at the saliva-dripping charlatans who prey on people's fears.

"The National Cancer Institute (NCI) data clearly demonstrate no widespread rise in brain and other nervous system cancers in the last (nearly) three decades despite the enormous increase in cell phone use during this period. The Pew Research Center estimates that from 2002 to 2019, the percentage of the population owning a cell phone or smartphone has risen from 62 percent to 96 percent, and yet there is a small decrease in brain and other nervous tissue cancer rates."

"Indeed, there is not even any known biological mechanism through which the signals used in Wi-Fi could cause illness. Wi-Fi operates at non-ionizing frequencies, which cannot cause molecular changes at a genetic level. As the WHO points out, due to their lower frequency, the human body actually absorbs five times as much of the signal from FM radios and TV, as it does from a similar amount of exposure to mobile phone base stations, let alone Wi-Fi! Obviously, no adverse effects have ever been observed from FM radios or TV, so there is no scientific reason to believe Wi-Fi would be any different."

Wind farms convert air into electricity. Complaints of some who live nearby:

"If you need any more convincing that the problem of electromagnetic sensitivity is all in the mind, consider for a moment the variety of diseases and symptoms that have been attributed by various individuals to living near something as benign as wind farms:

"...…and that’s just some of the list up to the letter C! In total, an astonishing 244 diseases (and counting) have been attributed by people to living near wind farms, in a list collated by professor Simon Chapman from the University of Sydney School of Public Health originally jokingly titled 'Is there anything not caused by wind farms?'”

"We had an interesting incident near Humboldt State University. A new cell tower went up and the local newspaper asked a number of people what they thought of it. Some said they noticed their cell phone reception was better. Some said they noticed the tower was affecting their health. To paraphrase the bottom line: 'think about how much more pronounced these effects will be once the tower is actually operational.'”

They should all be dead or writhing in agony 24/7:

"The ultimate problem with the argument for electromagnetic hypersensitivity as an actual illness is that if it were an actual condition, people suffering from the condition would have died long ago, or be in constant pain. The civilized parts of the world are blanketed with electromagnetic signals from radio and satellite signal transmissions. Between AM/FM broadcasts, ham radio transmissions, C-, Ka- and Ku-band transmissions for television and satellite internet signal, GSM and CDMA cellular transmissions, GPS signals and any manner of private or government signals, most of them significantly stronger than the signals produced by individual cell phones or Wi-Fi endpoints, people with electromagnetic hypersensitivity would be unable to leave their own yards, let alone their own houses, without writhing in hideous agony.

"Then there is the curious fact that many people claiming to suffer from electromagnetic hypersensitivity underwent diagnostic MRI procedures without any problems. In other words, they claim that electromagnetic fields in the milliwatt range cause all sorts of symptoms, yet at the same time they appear to be totally insensitive to electromagnetic pulses in the kilowatt range from an MRI device."

"A number of studies have been conducted where EHS individuals were exposed to EMF (electromagnetic fields) similar to those that they attributed to the cause of their symptoms. The aim was to elicit symptoms under controlled laboratory conditions. The majority of studies indicate that EHS individuals cannot detect EMF exposure any more accurately than non-EHS individuals. Well controlled and conducted double-blind studies have shown that symptoms were not correlated with EMF exposure.

"It has been suggested that symptoms experienced by some EHS individuals might arise from environmental factors unrelated to EMF. Examples may include 'flicker' from fluorescent lights, glare and other visual problems with VDUs, and poor ergonomic design of computer workstations. Other factors that may play a role include poor indoor air quality or stress in the workplace or living environment. There are also some indications that these symptoms may be due to pre-existing psychiatric conditions as well as stress reactions as a result of worrying about EMF health effects, rather than the EMF exposure itself."

The nocebo effect may be the cause for most:

(The nocebo effect, the opposite of the placebo effect, is a negative reaction caused by a non-medicated control substance.)

"From the reviewed studies there is at present no reliable evidence for an effect of exposure. Nine of the included studies in this review suggested that a nocebo effect may explain the development of symptoms. The symptoms correlated with beliefs and knowledge about being exposed, and this has been easy to demonstrate in experimental studies while it proved difficult to find reliable evidence for a physical relation between EMF exposure and health complaints. Note that the nocebo effect does not per se exclude the existence of a potential physical effect. However, the results obtained with previous research designs indicate that if a physical effect of exposure exists, it seems to be much weaker than the nocebo effect. Thus, the nocebo effect could either overshadow physical effects, add to symptoms provoked by somatic diseases or mental disorders or may otherwise be the only reason why symptoms are experienced in everyday life."

"EHS is a controversial topic in the medical field. Currently, there’s no evidence that links EMFs and the perceived symptoms of EHS. There’s also no reliable research explaining how EMFs may cause such symptoms.

"In a 2019 review, researchers analyzed 28 blinded experimental studies that examined the connections between EMFs and EHS symptoms. They analyzed each study’s strengths and limitations, along with the reliability of the data. According to the researchers, studies suggesting that EMFs may cause negative symptoms had various limitations. This included issues like failing to screen participants for conditions that may cause EHS symptoms or unreliable statistical analyses. Additionally, recent studies have found that people are unable to identify actual EMF exposure.

"Another 2017 study found similar results. Participants with self-reported EHS were exposed to EMFs and fake frequencies in a random pattern. None of the participants could indicate when they were being exposed to real EMFs.

"According to a 2020 review, the belief that EMFs are harmful might cause a nocebo effect. This occurs when a person experiences negative symptoms from a treatment due to negative beliefs about that treatment. Some scientists also think that people cope with pre-existing underlying conditions by believing they have EHS."

Enter the inevitable snake-oil con artists ready to dupe, deceive and rake in the money. This is all part of the propaganda for the fears and panic:

“'Radiation has characteristics that increase people’s sense of risk – you can’t see it,' says Kenneth Foster, a professor emeritus at the University of Pennsylvania who has been studying radiation’s impact on humans since 1976. People often confuse non-ionizing radiation — the low-frequency radiation that comes from our cell phones or home appliances that cannot damage DNA or cells directly — with ionizing radiation like X-rays that can be potentially harmful to humans, he says.........

"Consumers can spend thousands ($487–$5,600) on devices that claim to 'shield' the body from EMFs: radiation-blocking underwear ($45); silver-infused hats ($45); pendants ($99); and cell phone stickers ($69) — the latter of which is one of the most common accessories on the market....... Marketing materials for companies like the Vivobase ($279–$750), for example, say that they’re 'especially for electrosensitive people.' DefenderShield, a company that sells products that range from protective phone cases ($75) to blankets ($40–$500) and wallpaper ($200), was founded by a man who published a book in 2017 about the 'proven health risks' of EMFs and how they 'specifically affect children and those suffering with electromagnetic hypersensitivity.'"