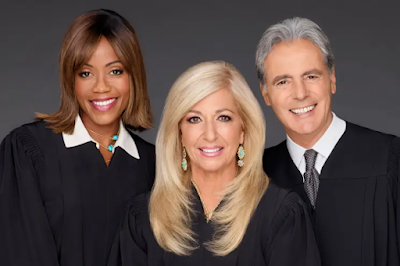 The judges on the popular court TV show Hot Bench are serious and skilled in demanding and evaluating evidence. This is a necessity for all areas of life. Any commercial advertiser, politician or alternative medicine practitioner has a moral obligation to tell the truth, not dupe the public, and provide evidence for their claims. Consumers need to keep their standards high and demand solid, intelligent and fact-based evidence when pitched a product, service or idea. The following are seven simple and basic rules for intelligently discerning all the dozens of often devious and crazy ideas and offerings fired at us every day.

How was the evidence collected?

"A major reason science is so reliable is that it uses a systematic method of collecting and evaluating evidence. However, scientific studies vary in the quality of evidence they provide. Anecdotes and testimonials are the least reliable and are never considered sufficient to establish the truth of a claim. Observational studies collect real-world data and can provide correlational evidence, while controlled studies provide causational evidence. At the top of the hierarchy of evidence are meta-analyses and systematic reviews, as they are a combination of other studies and therefore look at the big picture."

"In general, the most reliable sources are peer-reviewed journals, because as the name suggests, the information had to be approved by other experts before being published. Reputable science organizations and government institutions are also very reliable. The next most reliable sources are high-quality journalistic outlets that have a track record of accurate reporting. Be skeptical of websites or YouTube channels that are known to publish low-quality information and be very wary of unsourced material on social media. In addition, experts are more reliable than nonexperts, because they have the qualifications, background knowledge, and experience necessary to understand their field’s body of evidence. Experts can be wrong, of course, but they’re much less likely to be wrong than nonexperts. If the experts have reached consensus, it is the most reliable knowledge."

Scammers and liars cherry-pick "facts" to support their erroneous claims:

"Imagine the evidence for a claim is like a puzzle, with each puzzle piece representing a piece of evidence. If we stand back and look at the whole puzzle, or body of evidence, we can see how the pieces of evidence fit together and the larger picture they create. You could, either accidentally or purposefully, cherry-pick any one piece of the puzzle and miss the bigger picture.....

"By selectively choosing these facts (or pieces of the puzzle), we can wind up with a distorted, inaccurate view of water’s importance for life. So if we want to better understand the true nature of reality, it behooves us to look at all the evidence—including (especially!) evidence that doesn’t support the claim. And be wary of those who use single studies as evidence; they may want to give their position legitimacy, but in science you don’t get to pick and choose. You have to look at all the relevant evidence. If independent lines of evidence are in agreement, or what scientists call consilience of evidence, the conclusion is considered very strong."

"Evidence for a claim should be able to be repeated. Replicability (and its related terms) can refer to a range of definitions, but for the purpose of this guide it means the ability to arrive at a similar conclusion no matter who is doing the research or what methodology they use. The rule of replicability is foundational to the self-correcting nature of science, because it helps to safeguard against coincidence, error, or fraud.

"The goal of science is to understand nature, and nature is consistent; therefore, experimental results should be too. But it’s also true that science is a human endeavor, and humans are imperfect. This can lead to fraud or error. For example, in 1998, Andrew Wakefield published a study claiming to have found a link between the MMR (measles, mumps, rubella) vaccine and autism. After scientists all over the world tried unsuccessfully to replicate Wakefield’s findings—with some studies involving millions of children—it was discovered that Wakefield had forged his data as part of a scheme to profit off a new vaccine. The inability to replicate Wakefield’s study highlights the importance of not relying on any single study.

"Claims based on authority are never sufficient. Expertise matters, of course, but experts should provide evidence. 'Because I said so,' is never enough.

"Anecdotes are never sufficient. Personal stories can be very powerful. But they can also be unreliable. People can misperceive their experiences, and, unfortunately, they can also lie."

A Life Preserver for Staying Afloat in a Sea of Misinformation https://skepticalinquirer.org/2022/02/a-life-preserver-for-staying-afloat-in-a-sea-of-misinformation/