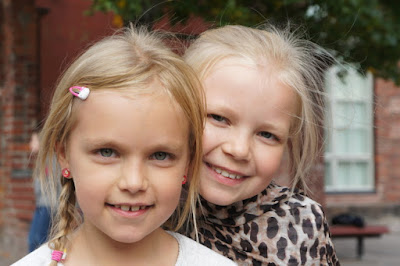 Finnish children have verifiably become savvy in their ability to detect the harmful lies and nonsense that pervades the internet. They don't fall for the predatory lies and cleverly designed misinformation that dupe too many American and Canadian children - and adults. They don't fall into the endless abyss where self-confirming echo chambers lead them deeper and deeper into a fantasy world where truth has vanished and deception rules. Below is how they do it, from Mia Bloom and Sophia Moskalenko's insightful new book:

"The First Amendment to the US Constitution guarantees freedom of speech, no matter how vile. Perhaps because of this country's foundational principle, Americans don't appreciate the danger of some speech in quite the same way as do Germans, who have experienced the power of Nazi propaganda, or as do former Soviet countries, which have lived through propaganda-driven communist regimes.

"QAnon's rise shows how important it is to build up psychological defences against malevolent actors who use false narratives to radicalize. A recent study found that believing in Covid-19 conspiracy theories correlates with inability to follow scientific reasoning. Another study discovered that people who had trouble performing complex mental tasks were more likely to hold radical views. These two findings speak to the same fact: Inability to think critically predicts a radical and conspiratorial mindset. Americans should follow the European example in teaching critical thinking and social media literacy from an early age and through adulthood.

"Similar courses should be integrated into US school curriculums. Many American parents worry about their children's online exposure to bad influences of all kinds, including to sexual predators. Introducing educational initiatives to teach children to identify and resist online dangers would do wonders not only for the children's psychological resilience, but also for their parents' peace of mind. Knowing children are learning how to protect themselves against online predators would relieve the pressure on parents to seek out and fight a global pedophilic cabal.

"In addition, to build immunity against online disinformation in adults, media literacy programs should be available in public libraries. Many stay-at-home moms do not have the knowledge to discern one source of internet information from another and may have only a vague idea about internet trolls and bots. Free courses on basic concepts of social media's power and pitfalls would help these women to become better informed consumers of information. This would make them less vulnerable to online radicalization."

Mia Bloom and Sophia Moskalenko, Pastels and Pedophiles: Inside the Mind of QAnon, Redwood Press, 2021