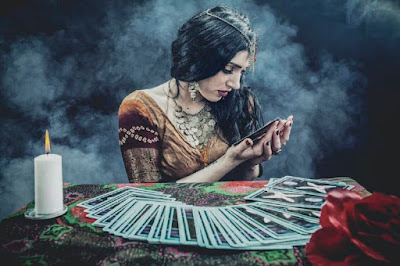 Psychic sleuths in Australia are doing an exemplary job in exposing the folly of psychics and people who believe in them. In their most recent research, they report: “The Great Australian Psychic Prediction Project is an analysis of over 3800 psychic or otherwise paranormal predictions, made by 207 people in Australia claiming to have knowledge of future events. All were published in Australian media … covering a 21-year period (2000 to 2020).”

The sleuths gave a lot of leeway in assessing a prediction as correct, and even then, only 11% were right. The majority of predictions were completely wrong, or were very vague, or were predictions of what most people were expecting to happen anyway. The authors wrote: "Most of what happens is not predicted, and most of what is predicted does not happen." One would think that psychics would have an easy time predicting major events. Occurrences too big to miss. Not so. The researchers listed numerous such events the psychics never saw coming. Just eleven examples are:

2003: The Space Shuttle Columbia burns up on re-entry, the first such accident in the U.S. space program.

2004: An Indian Ocean earthquake and tsunami on December 26 kills an estimated 227,898 people in fourteen countries.

2009: Pop singer Michael Jackson dies at the age of fifty.

2010: An 8.8-magnitude earthquake, one of the largest in recorded history, occurs in Chile, triggering a tsunami in the Pacific Ocean killing at least 525 people.

2017: ‘Oumuamua, the first known interstellar object, is detected passing through the solar system.

2019: A fire engulfs the Notre Dame Cathedral in Paris, destroying much of the historic building.

Predictions so vague they can easily be claimed as accurate:

---Before the end of the year, we’ll also see a lot of underhand things revealed in politics and business. (Angelica Danton, 2001)

---Who will win the U.S. election? … the numerology shows that both Mr. Trump and Mr. Biden have a chance of winning the next U.S. presidential election. It is still up to the people to decide. (Sarah Yip, October 21, 2020)

---Using anti-gravity to lift heavy objects will become a reality instead of a dream. (Kerry K. 2001)

---I don’t think authorities will catch Osama bin Laden next year. I don’t think they’ll ever catch him. I think it is likely he has had plastic surgery to hide his identity. (Sandor, 2005)

---I also see Sydney being hit with a rather large earthquake, which will cause a lot of damage, within the next few years. (Rebecca Millman, 2013)

---Hillary Clinton will be the next president for the United States. (Kris Currier, 2016)

---Joe Biden will be nominated but will drop out before the election. Donald Trump to win election. (David the Medium, 2020)

Psychics on TV, radio and online magazines and newspapers:

"Many TV and radio shows will feature people who claim to have paranormal powers, giving their predictions in December and January for the year ahead, but rarely, if ever, will the same shows make an analysis of the predictions at the end of the year. If they do, it will be to mention the predictions that came true, picking those that were uncontentious or those that in the opinion of the psychic came true. Incorrect predictions are generally ignored.

"This situation is expected, as the TV and radio shows are not in the business of downplaying or degrading claimed psychic abilities. The segments are usually short, enjoyed by the viewers on the day and soon forgotten. The same can be said for magazines that print predictions - their readers will enjoy the column, based largely on celebrity gossip, and soon forget it. It would be counter-productive for the producers or editors to cast doubt on these people who are paid, or receive exposure, and are helping to generate income for the media outlet involved. It is, after all, a business.

"The word of the psychic, that they are amazingly accurate - complete with a few examples - is often enough to meet the editors’ or producers’ requirements. It is more important for the psychic to produce column inches or present well on TV. Whether the predictions made ‘on the day’ later turn out to be wrong is of no particular importance."

Busted: Psychics Exposed For The Con Artists They Are  https://www.mybestbuddymedia.com/2019/04/busted-psychics-exposed-for-con-artists.html