A Clear and Simple Example of Irrational Thinking 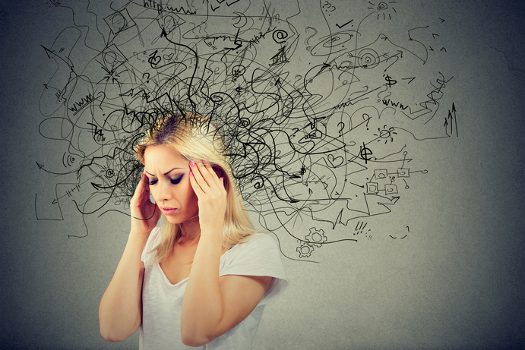 Physicist, cancer researcher and author David Robert Grimes has also contributed to PBS, BBC, The New York Times, The Guardian, Scientific American and the Financial Times. His 2021 book, Good Thinking: Why Flawed Logic Puts Us All at Risk and How Critical Thinking Can Save the World, offers clear insights into various types of irrational thinking. One of the prime ones is motivated reasoning. This is when evidence:

".....instead of being evaluated critically—is deliberately interpreted in such a way as to reaffirm a pre-existing belief. It is an emotionally driven, inherently biased form of decision making. It demands impossibly stringent standards for any evidence contrary to one’s beliefs, while accepting uncritically even the flimsiest evidence for any ideas that suit one’s needs. Rather than rationally evaluate evidence that might confirm or deny a belief, motivated reasoning uses our biases to look only at evidence that fits what we already believe and dismiss that which unsettles us."

"Motivated reasoning is closely related to confirmation bias: our tendency to seek, remember, and frame information in a way that agrees with our preconceived beliefs and worldviews, while minimizing contradictory information. The idea that we have an internal gatekeeper predisposed to filter information is not new; historian of Greek antiquity Thucydides noted the 'habit of mankind to entrust to careless hope what they long for, and to use sovereign reason to thrust aside what they do not fancy.' This observation is buttressed by modern psychological investigations that have formally examined our propensity to placate ourselves with convenient fictions."

Why exactly are most people prone to think irrationally?

"This question captivated pioneering psychologist Leon Festinger, who postulated that simultaneously holding two or more contradictory beliefs might lead to mental agitation. He termed this cognitive dissonance, the discomfort a person feels when encountering information that conflicts with ideas they already hold. When confronted with clashing information, we endeavor to quell this discomfort. We could accept that our preconceived notions may be flawed or incomplete, refining these in the light of new evidence. But altering ideological leanings is cognitively expensive; an easier option is simply to deny reality to preserve our beliefs. In Festinger’s paradigm, motivated reasoning staves off discomfort from conflicting information, 'motivating' us to accept soothing falsehood over challenging realities."

People who deny realty and fall for lies:

".....are unwilling or unable to let their position evolve with evidence. Unable to justify their contention, they resort to shouting down uncomfortable facts that clash with their perceptions, drowning out the intrusions of reality on their perfect ideology."

It's all wrapped in ego and identity:

"The answer might be our propensity to engage in identity-protective cognition; we do not separate our beliefs from ourselves—to some extent they define us. Accordingly, it is a psychological imperative to protect this idea of who we are. We find it immensely difficult to differentiate our ideas from our sense of self, too often condemning us to clutch at wrong-headed positions with dogmatic zeal, unwilling to countenance alternatives lest they threaten our very identity.

"Consider too the consequences for people who defy their group identities and the unquestioned beliefs and assumptions inherent therein. We tend to inhabit echo chambers of opinion and ideology reflecting our own. This is extremely apparent in emotive subjects, whether religion, politics, or beliefs. This collective subscription to certain views reinforces ideas until they become unquestioned orthodoxy. Any deviation from these ideas can come at a high social and personal cost—including ostracization. To question aspects of a belief is often conflated with being treacherous to that view, and it risks making one a pariah."

Conspiracy theorists don't actually believe in specific facts ---- only that ---- "It's a conspiracy!"

"Researchers found that conspiracy theorists had a surprising ability to hold two mutually exclusive beliefs simultaneously. In one study, the more participants believed that Princess Diana had faked her own death, the more they believed she was murdered. Similarly, another study found that the stronger a subject’s belief that Osama bin Laden was already dead when U.S. Special Forces raided his compound in Pakistan, the deeper their belief he was still alive. Somehow, they readily accepted some bizarre Schrödinger’s Bin Laden, simultaneously existing in both an alive and dead state. The reason this caused no conflict to believers is that the specifics of the beliefs themselves were inconsequential—a conspiratorial narrative itself was enough to protect their worldview. As the researchers concluded, the 'nature of conspiracy belief appears to be driven not by conspiracy theories directly supporting one another, but by broader beliefs supporting conspiracy theories in general.'"

"The alarming reality is that people tend to believe what ideologically appeals to them, filtering out information conflicting with deeply held beliefs. This afflicts all of us to some degree, and we need to be actively aware of this predilection to have any chance of overcoming it. What feels to us like a rational position might not be anything of the sort. Often, it could instead be an emotional decision dressed in the borrowed garb of rational thought, entangled with the very fabric of how we define ourselves. This makes us resistant to changing our minds, even when the available data urges it.

"As Jonathan Swift once observed, 'Reasoning will never make a man correct an ill opinion, which by reasoning he never acquired.' Ultimately, clinging to irrational beliefs is detrimental. Whether the issue is climate change, health policy, or even politics, we need to be able to evaluate available information critically without the distorting lens of ideology coloring our perception. While we may hold incredibly strong personal convictions, reality doesn’t care one iota for what we believe. And if we persist in choosing ideology over evidence, we endanger ourselves and others."

Irrational thinkers are easily exposed with this simple test. Ask them if they would bet $10,000 that their position or conspiracy beliefs were right. Would they bet their eyesight? Would they bet their two arms and two legs? No. Not in a million years. This exposes how devious and dishonest they really are. Talk is easy and cheap. When it comes right down to it, their beliefs are based on emotion, hysteria, hurt feelings, life frustrations, cognitive dissonance, feelings of increasing powerlessness and ego-worship. Facts, truth and reality is something they innately abhor. In the spiritual dimension, God is a holy God of 100% truth and not a shade of lies. The devil is a liar and Satan is the father of lies. This puts all conspiracy theorists and irrational thinkers in a very, very precarious position.