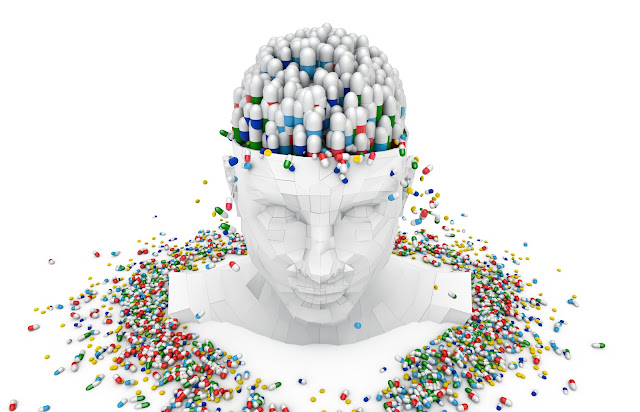 Quincy Bioscience is doing a masterful job pulling the wool over people's eyes by promoting their memory boosting Prevagen to aging people desperate and anxious due to their gradual cognitive decline. The way they manipulate and craft their so-called "evidence" is a master class in hoodwinking and deceit. Corporations that take advantage of the desperate are truly among the lowest scum on earth. One of the final points in this post delivers Prevagen a deadly blow - there is no road, pathway, map or GPS that has the substance actually able to reach the brain! The following is a summary that exposes their dishonesty.

"Companies like Quincy Bioscience, the maker of Prevagen,  utilize sophisticated techniques that supply false scientific backing for brain health interventions. The website for Prevagen states 'prevagen improves memory' and 'has been clinically shown to help with mild memory loss associated with aging.'

"As the JAMA (Journal of the American Medical Association) articled pointed out, these bogus brain supplement companies quote scientific articles which appear valid yet lack essential features such as 'sufficient participant characterization, treatment randomization and fail to include limitations.'  These bad papers are often published in predatory open access journals.

"In the case of Prevagen, despite marketing which includes 'The Science Behind Prevagen' there isn’t even a single study published in the peer-reviewed scientific literature, predatory or otherwise. If you click on the 'view the study' link you will be taken to a PDF of the 'Madison Memory Study' which is a study sponsored by Quincy Bioscience, performed by an employee of Quincy Bioscience and published in house by Quincy Bioscience. In the world of real science, this type of study is ignored and considered extremely preliminary until it is reproduced by a reputable unbiased scientific lab and published in a peer-reviewed journal. The chances for biased results are way too high to trust."

"Quincy went hunting through the data to see if it could find something to support its bold marketing message. To do so, Quincy’s researchers conducted more than 30 post hoc (after the event) analyses. However, post hoc analyses (also known as p-hacking or data dredging) are not clinical study results but rather are separate retrospective analyses of trial data performed after a study has concluded to try to find patterns that were not primary objectives of the study. Though important for generating hypotheses for future research, post hoc analyses are not definitive proof."

REAL food, not its related supplement, MAY help:

"Though a variety of nutrients, including vitamin E, beta-carotene, vitamins B6 and B12, folate, vitamin D, and fish oil, may play a role in preventing cognitive decline when part of a balanced diet, the same evidence just isn’t there for supplements of these substances, says Martha Clare Morris, Sc.D., director of nutrition and nutritional epidemiology at the Rush University Medical Center in Chicago.

"The same goes for herbal supplements, such as Ginkgo biloba, which is often touted to improve memory and cognition. Our experts also recommend avoiding the many supplements, such as Focus Factor and Prevagen, whose labels may claim they can boost brainpower. Furthermore, as with all dietary supplements, these are only loosely regulated, so you can’t know for sure what's in any given pill. Supplements can also interfere with prescription medications and, in some cases, even make you sick."

Jellyfish, strokes and seizures, fraud and no pathway to the brain:

"Apoaequorin is a protein that comes from a specific type of jellyfish that glows. When apoaequorin is exposed to calcium, the protein and calcium bind and a blue light is produced. For more than 40 years, apoaequorin has been used in a laboratory setting to study how calcium works inside cells. Recently apoaequorin has been manufactured on a larger scale for use in the dietary supplement Prevagen. Prevagen uses a synthetic version of apoaequorin......

"Possible adverse effects: According to Eisner (2020 Oct. 21. Wired), 'thousands of Americans have reported experiencing 'adverse events' while taking Prevagen, including seizures, strokes, heart arrhythmias, chest pain, and dizziness. While the existence of adverse event reports alone doesn’t prove a product is the cause, the nature and pattern of complaints about Prevagen worried FDA officials, according to agency records. One internal report from 2015 stated that the 'numerous adverse events reported' indicated 'a serious safety hazard'.

"'The marketing for Prevagen is a clear-cut fraud, from the label on the bottle to the ads airing across the country,' according to [New York Attorney General Eric] Schneiderman...Published in an obscure journal, the clinical trial touted by the marketers as proving the efficacy of Prevagen actually found no overall benefit compared to a placebo for its primary endpoints involving memory and cognition. That should have been that. But the researchers, all employed by the maker of Prevagen, then did a series of subgroup analyses, a few of which found slight improvements in smaller groups of participants, mostly those who had little or no cognitive difficulty at baseline.

"Such secondary analyses are unreliable and - at the very least - represent cherry-picking the data for something positive to report [this is also known as 'P-hacking']. There were other methodological problems with the study as well. (The rationale for Prevagen) is scientifically implausible. Even if this hypothesis were true, as the FTC points out, the company’s own 'safety studies show that apoaequorin is rapidly digested in the stomach and broken down into amino acids and small peptides like any other dietary protein.' And even if the orally consumed protein somehow got into the bloodstream, there’s no evidence that it can cross the human blood-brain barrier to affect neurons. The company boasts that the scientist who 'discovered' apoaequorin and his colleagues won the Nobel prize in chemistry. That’s true, but that was for basic research on how jellyfish glow in the dark - it had nothing to do with human brain health."

"There are many other dietary supplement products with similar claims. One of them, Procera AVH (the Memory Pill Does for the Brain What Prescription Glasses Do for the Eyes) makes claims such as:

--Helps restore up to fifteen years of lost memory power in as little as thirty days;

"Those are all lies. I looked for the published evidence and found that it absolutely did not support those claims. There was a single study of the product. It measured all kinds of factors but only found improvement in three of them (working memory accuracy, long-term memory consolidation, and one measure of mood). The magnitude of those effects was small and probably not clinically significant, and the study is suspect because it was commissioned by the manufacturer and reported by them as showing effects that it did not show.

"Procera AVH is a mixture of three ingredients, and the evidence for each of them is thin gruel indeed. For Vinpocetine, there was a small preliminary study of twelve healthy volunteers whose memory apparently improved. For Huperzine A, there was one small study of students in China, and a Cochrane review found inadequate evidence of effectiveness for dementia. For Acetyl-L-Carnitine, the only studies were in Alzheimer’s patients, and the evidence was not objective."

Case Summary: The FTC and New York State AG have charged the marketers of the dietary supplement Prevagen with making false and unsubstantiated claims that the product improves memory, provides cognitive benefits, and is “clinically shown” to work.

Just one of numerous examples - Ginkgo biloba for Prevention of Dementia: A Randomized Controlled Trial

"Ginkgo biloba is widely used for its potential effects on memory and cognition. To date, adequately powered clinical trials testing the effect of G biloba on dementia incidence are lacking ...... Randomized, double-blind, placebo-controlled clinical trial conducted in 5 academic medical centers in the United States ...... Three thousand sixty-nine community volunteers aged 75 years or older with normal cognition at study entry were assessed every 6 months for incident dementia ...... In this study, G biloba at 120 mg twice a day was not effective in reducing either the overall incidence rate of dementia or Alzheimer disease incidence in elderly individuals with normal cognition or those with mild cognitive impairment ....... In summary, in this randomized clinical trial in 3069 older adults with normal cognitive function or mild deficits, G biloba showed no benefit for reducing all-cause dementia or dementia of the Alzheimer type."

Anxiety, Depression and A Better Brain: The Undeniable Effects of Exercise https://www.mybestbuddymedia.com/2022/01/anxiety-depression-and-better-brain.html