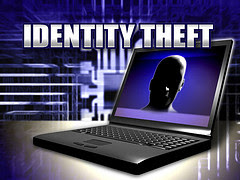 Here are the bare facts for those not adequately protected online. Over the past year ending May 31st…


1) Approximately 16 million U.S. homes became the victims of identity theft. About half that amount had their personal information compromised by hackers accessing government agency and commercial enterprise databases.

4) About 1.6 million American homes had to replace at least one computer because of malware infections. The total cost is about $2.3 billion. The total number of homes that had one or more malware infections (may or may not have needed to trash their computer): almost 30 million.

5) Facebook and Google have been heavily criticised for their vulnerable personal data practices that could jeopardize privacy and result in security risks. The Federal Trade Commission has recently ordered the two companies to implement independent privacy audits. The more personal information you share with your “friends”, the more Facebook has to “slice, dice, and market.”