The Case for Red Meat 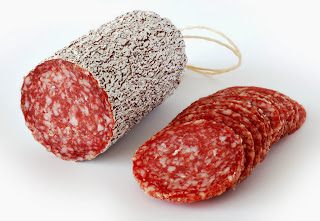 1) A team of Harvard University researchers analyzed the results from 20 studies on the consumption of red meat. The studies contained data from 1.2 million meat eaters. The research “…found no greater risk of death or disease tied to red meat in general; instead it singled out the dangers of processed red meat, such as bacon, salami, and hot dogs.” People who averaged consuming approximately 50 grams of processed red meat every day had a 19% greater risk of diabetes and a 42% greater risk of heart disease.

4) Other studies have concluded that people who consume more-than-average barbecued, well-done, or fried meats are more prone to developing cancers such as pancreatic or colorectal.

5) A person’s lifestyle in general determines their health. Studies on red meat alone can only tell us so much. However meat is a significant source of vitamin B12, iron, and protein. A goods synopsis of all the latest research would be: “The best available evidence makes a convincing case against consuming too much processed red meat and overcooked meat but not necessarily against modest amounts of red meat.”

Ferris Jabr, “Meat of the Matter: Why steaks could be in, but hot dogs are still out”, Scientific American, December 2012