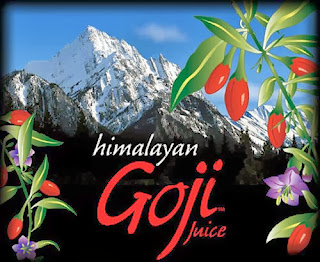 The goji berry originates from the scenic wonders of the Himalayas in Nepal. Americans spent $145 million on goji products in 2009, and spend $10 billion annually on a wide variety of “superfoods”. The health claims for the goji berry are numerous, and many brands have taken advantage of this perceived “miracle” food:

FreeLife International (The Himalayan Goji Company) sells the most goji related products worldwide with annual sales between $250 - $500 million. The company claims the ingredients of the magical goji berry can help alleviate or is a remedy for:

However, on the back label of their products, they are forced to print the disclaimer: “These statements have not been evaluated by the Food and Drug Administration. This product is not intended to diagnose, treat, cure, or prevent any disease.” There is no hard scientific proof for any of  these claims in numerous studies.

Marketing guru and consumer advocate Martin Lindrom (voted as one of Time’s most influential people in 2009), comments on the clever marketing techniques used on the unwary consumer. The human brain is prone to making associations (mental shortcuts) between objects and emotions. Marketers know this and create these associations between positive emotions and their products:

“The goji berry is found in China and Malaysia but is most often linked with the Himalayas, former home to the Dalai Lama. And when we think of that part of the world, what comes to mind? Could it be Buddhism and everything Buddhism symbolizes: purity, simplicity, compassion, wisdom, selflessness, and ultimately, enlightenment? Marketers of these products know this, which is why they have cleverly prodded our brains to associate their products with these spiritual properties. How? For one thing, by taking great care to emphasize the berry’s Far Eastern provenance in their packaging and advertising.”

Each bottle of FreeLife’s Dr Earl Mindell’s Authentic Himalayan Goji Juice (sold on Amazon and many health food outlets) pictures a stunning view of Mount Everest and is priced at $186.00 for 4 one-liter bottles. All FreeLife products are grown, mass-produced and bottled in a mega-factory in Phoenix, Arizona.

Lindrom regards the major world brands, like Apple or Harley Davidson, “to be intriguingly akin to the world’s religions, in that they tend to inspire in us a strong, ritualistic, almost evangelistic faith.” Marketers worldwide of all kinds of brands “have embarked on an almost religious – and highly profitable -  quest of their own: to ignite desire for their brands and products by imbuing them with such intangible yet emotionally powerful ‘spiritual’ qualities such as health, hope, happiness, faith, clarity, good luck, and even the betterment of the human soul.” Consumers often don’t just buy a thing but “the idea embodied by that thing.”


Martin Lindstrom, Brandwashed: Tricks Companies Use to Manipulate Our Minds and Persuade Us to Buy, Crown Publishing, 2011