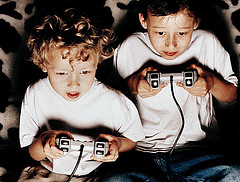 Brad Bushman, professor of communication and psychology at Ohio State, co-wrote a comprehensive study in 2012 on the influence of violent video games. While the evidence is not conclusive that playing these games causes violent behavior, there is no question it is a contributing factor, especially among vulnerable youth already in unhealthy family environments. Bushman spoke to Variety, the newspaper of the entertainment industry:

“The effects occurred for males and females of all ages, regardless of what country they lived in. This review also sheds light on why violent video games increase aggression. Someone who has aggressive thoughts, feels angry inside, lacks empathy for others, and is highly aroused should be more likely to behave aggressively. In summary, although they are not the only factor that increases aggression, violent video games do have a significant effect on aggression.”