Fitness Fantasy: The Hard Truth About Those Hollywood Hard Bodies 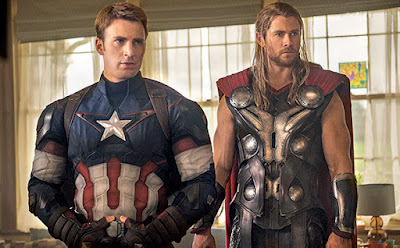 Many both casual and serious fitness devotees envy the compact, powerful, firm and almost superhuman bodies glistening proudly in movies and glossy magazines. Some wonder: “I work out so hard so often, why are my results so modest and why doesn’t my sweat bring me the Greek god-goddess hard body glaring at me from popular media?”

Timothy Caulfield was asking the same questions. A marathoner and fitness freak, Caulfield is a professor in the Faculty of Law and the School of Public Health at the University of Alberta. To find the answers, he contacted Gina Lombardi - one of America’s top celebrity fitness trainers. Lombardi has sculpted the improbable physiques of many of the industry’s leading celebrities - male and female.

After much nagging he convinced Lombardi to put him through one gruelling two hour session exactly like she trains and maintains her A-List hard bodies. Flying down to Los Angeles, he was eager to discover what it took to attain the seemingly unattainable.

Caulfield wasn’t expecting much before his workout. “I have competed in various sports at a highly competitive level. In an attempt to rise above my mediocre athletic gifts, I have often exercised like a madman. I have trained with world-class athletes and coaches and have, on innumerable occasions, worked intensely enough to get physically sick.”

The training regimen was familiar to Caulfield: “In fact, her workout was based on the exact activities that my research indicated were the best way to achieve maximum results: intense resistance training, done in a circuit, using exercises that put the body through a wide range of motions.”

However, in the end, Caulfield settled on a one hour workout and ditched the second hour. He was shocked by the “unrelenting nature of her routine … The only rest she offered me was three minutes of vigorous kickboxing … This cycle continued for an hour. Circuit, then boxing.  Circuit, then boxing.  My heart rate crept up with each set, and even the simple balance-oriented exercises started to be difficult. By the end I was sneaking looks at the clock and quietly cursing this Lombardi woman.”

Lombardi puts her clients on a strict, super-nutritious, low-calorie, low-fat diet. This is only a small part of her success. She confides: “They do an ungodly amount of training … Actors have tried everything! This is a huge part of their lives.” She puts them through “two hours of intense, intense work – hard intervals plus weights – every day, seven days a week, all year.”

She asserts that most people want a fairly painless way to achieve that perfect figure or those abs of steel:

“Everyone seems to think that, some day, there is going to be some magic thing – a food, a pill, a drink, or an easy exercise – that will take away the need to work hard and exercise. It is not going to happen.

“People need to understand that 99 per cent of my clients are actors. Most are successful actors. They are highly, highly motivated to stay fit and look good. And most actors are tremendously vain. The profession, the celebrity culture, makes them that way. They want to be thin to look good on camera, and that is the expectation. So I explain what they are going to need to do and what is physically possible. And I tell them that when they aren’t on a movie set, they must be working hard.”


Timothy Caulfield, The Cure for Everything: Untangling the Twisted Messages About Health, Fitness, and Happiness, Viking Press, 2012