10 Clever Ways Casinos Separate You From Your Money 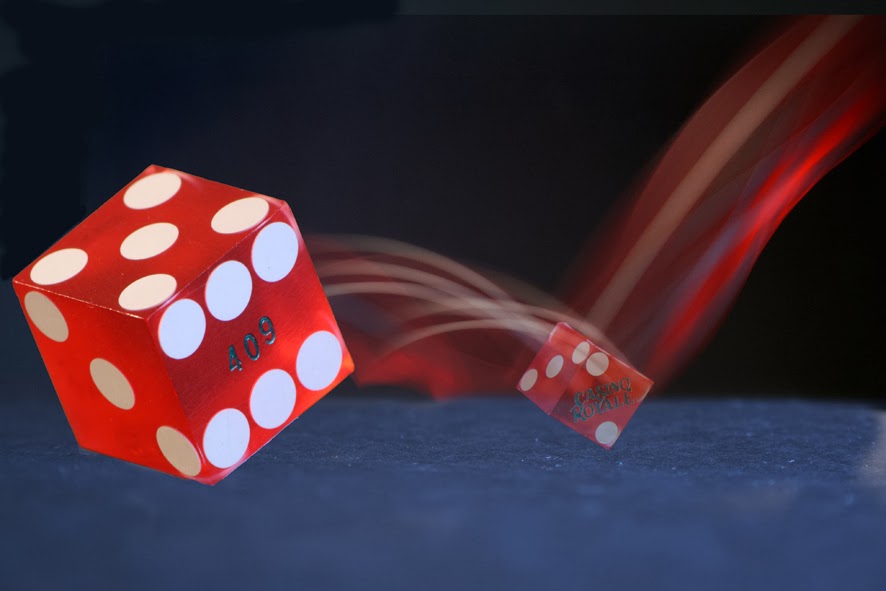 The safest way to double your money is to fold it over and put it in your pocket.  Ken Hubbard

An old adage has it that gambling is a tax for people who can’t do math.  Utne Reader

1) Casinos make their fortunes by employing the brightest minds in probability theory. These statistical master minds program each game so that the house can’t possibly lose money. A simple principle is used called the Law of Large Numbers. The casino doesn’t lose because of the sheer number of thousands of gamblers placing tens of thousands of bets daily. If only a handful of people played and got lucky, the casino could lose millions. But the game is mathematically and statistically rigged so that in the long run, due to the enormous volume of bets, the house inevitably comes out ahead.

In his book, Struck By Lightning: The Curious World of Probabilities, statistician Jeffrey S. Rosenthal writes that the odds are “not too much in the casino’s favour, or no one would ever bother to bet. But they are just enough in the casino’s favour to guarantee a long-run profit margin, typically between 1% and 3% of the total amount of money bet … With such a huge amount being bet over the course of an year, this small profit margin really adds up: worldwide annual gambling revenues amount to hundreds of billions of dollars.”

2) One of the main reasons casinos make a fortune is due to most people’s mathematical illiteracy, or because they simply don’t know the odds. In the often obsessive game of poker, the Royal Flush is the same suit with the number 10, Jack, King, Queen, and Ace. In general, there are about 2.6 million unique five-card hands that a player can be dealt. Only four can be Royal Flushes – in Hearts, Diamonds, Clubs, and Spades. This means the odds of being dealt a Royal Flush is 4 in 2.6 million, or one chance in 650,000!

3)  In Blackjack, it’s the player versus the dealer. Whoever has the higher total card values without exceeding 21 is the winner. The player gets to decide whether to “stand” if he is near to 21, or choose one more card to move even closer to 21 and vastly improve his odds of beating the dealer. Problem is, the one rule in the casino’s favour that keeps the money rolling in, is that if the player exceeds 21, he loses, regardless of what cards the dealer holds. Or to put it more simply, if both go “bust” (exceed 21), the dealer wins!

4)  Blackjack players with sharp memories who expect un-played cards in the deck to logically come up next or soon, and play the odds that the one(s) they need will be dealt next, again, the house has it rigged to come out ahead. All casinos combine multiple decks for Blackjack, most use six or more, and shuffle and reshuffle them frequently.

5)  Casinos rely on gamblers not being savvy in logical thinking and falling for basic fallacies. Some gamblers lose their shirt when the fall into the Gambler’s Fallacy. A prime example happened years ago in a popular casino in Monte Carlo. Looks of astonishment surrounded the roulette table as the ball landed on black twenty times consecutively, never landing once on red. Many players expected a “balancing force in the universe”, or, it now had to come out red! Millions of dollars were bet and lost as the ball didn’t land on red until the 27th spin. This is a total fallacy because the ball obviously doesn’t know or care which color it lands on. A simple correlation is if someone flips a coin 25 times and it lands on heads every time. Should someone bet on tails for the 26th flip because it has to eventually come out tails? Not a chance. The odds on the 26th flip are exactly what they were for the previous 25 – 50/50.

6)  Playing the slot machines is one of the most popular casino past times. Many gamblers believe the machines are programmed to win when there has been no winner for a long time. Conversely, when someone hits the jackpot, the machine is programmed avoid a jackpot for a long stretch. According to Michael Shackleford, A.S.A., who is Adjunct Professor of Casino Math at the University of Nevada, Las Vegas, this is a myth. Every spin “is independent of all past spins. That means that for a given machine game, the odds are always the same. It makes no difference when the last jackpot was hit or how much the game paid out in the last hour, day, week, or any period of time.” Casinos bank on gamblers continually feeding in their coins as they strike out time after time after time.  They can’t stop because, like in the Gambler’s Fallacy, they’re due. The next try might be the one!

7)  The colorful lights, the alluring machines, the total ambience, casinos are cleverly set up to keep people aroused and in an elevated, continual state of excitement. Most games and machines are programmed for a series of small wins to maintain the player emotions at a high level. For regular gamblers, the trip to the casino, and just approaching the machine or game table, kindles a state of arousal. According to psychologists who study gamblers, this is “often described as equivalent to a ‘drug-induced high’.” Players are hooked on non-stop fun. The last though on their mind is to walk out and have their emotions crash down to normalcy, or worse.

8)  Casinos create environments and cash in on basic human weaknesses like greed. According to Gambler’s Anonymous, two other lesser known psychological issues at play are:

---- “A compulsive gambler finds he or she is emotionally comfortable only when "in action". It is not uncommon to hear a Gamblers Anonymous member say: "The only place I really felt like I belonged was sitting at the poker table. There I felt secure and comfortable. No great demands were made upon me. I knew I was destroying myself, yet at the same time, I had a certain sense of security."”
---- “A desire to have all the good things in life without any great effort on their part seems to be the common character pattern of problem gamblers. Many Gamblers Anonymous members accept the fact that they were unwilling to grow up. Subconsciously they felt they could avoid mature responsibility by wagering on the spin of a wheel or the turn of a card, and so the struggle to escape responsibility finally became a subconscious obsession.”

9)  Casinos don’t mind when their customers win. They know they will probably get most of it back. It’s a quirk of human nature that when someone wins or comes across a sum of money unexpectedly, the desire to spend it immediately is hard to control. If a gambler immediately wins $500, then in the course of the night he loses the entire amount, it just doesn’t feel like much of a loss. This is called playing with house money. Most people make plans to spend inherited money without hesitation, often on frivolous luxuries that would never be spent with hard-earned wages. The lucky few feel empowered, almost invincible and may take risks with the money that leads to great loss. The sad plight of some major lottery winners has been well documented in the media.

In the same vein, businesses offer incentives like coupons or free air miles or free phone minutes for signing up. The client has an easy time spending the house money, and it often continues to his own money.

10)  Finally, casinos bank on gamblers who just can’t quit because of what psychologists call the “illusion of control”. The more input the gambler has, no matter how irrational, the more he will get that winning feeling. Gambling whiz Mirio Mella describes what he sees at every casino:

“This tendency is illustrated by gamblers betting more when they are the ones throwing the dice in Craps, or spinning the ball into the roulette wheel. In both examples bettors demonstrate an irrational belief in their ability to control what is a random outcome because they exercise personal choice in the process of the game. This is also true by proxy, such as when bettors piggyback on the bets of someone on a lucky streak – someone perceived to be especially in control.”