Unbroken: The Faith and Resilience of Louis Zamperini 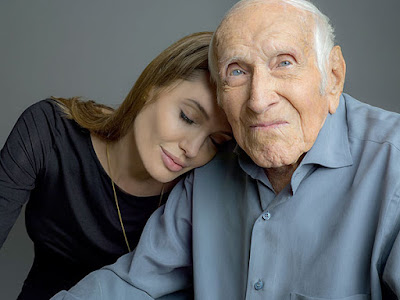 Louis Zamperini was an Olympic runner and a World War II Air Force lieutenant who’s defective plane went down into the Pacific while on a rescue mission. He was adrift for 47 torturous days along with the pilot ‘Phil’ Phillips, until they were captured by the Japanese Navy. They were immediately sent to a prison camp where they endured constant brutality, mostly by the camp’s ruthless commander, whom they nicknamed the Bird.


Zamperini survived and returned home a hero, but his horrific experiences caused him ceaseless nightmares and rage against his Japanese tormentors, especially the Bird. He was driven to alcoholism, but in 1949 became sober and forgave his enemies after committing his life to Christ at a Billy Graham Crusade. He became a Christian speaker and traveled to Japan to tell the guards he had forgiven them. The Bird was nowhere to be found until many years later, when he refused to meet Zamperini. Louis’ life is dramatized in the 2015 motion picture Unbroken.

Laura Hillenbrand, in her best-selling book Unbroken: A World War II Story of Survival, Resilience, and Redemption, describes in detail Zamperini’s experiences, including his faith and resilience:

Louis and Phil adrift in the Pacific

“The ocean stretched out in all directions in glossy smoothness, regarding the sky and reflecting its image in crystalline perfection …. It was an experience of transcendence …. The water looked so solid that it seemed they could walk across it. When a fish broke the surface far away, the sound carried to the men with absolute clarity. They watched as pristine ringlets of water circled outward around the place where the fish had passed, then faded into stillness. For a while they spoke, sharing their wonder. Then they fell into reverent silence. Their suffering was suspended. They weren’t hungry or thirsty ….. Such beauty, he thought, was too perfect to have come about by mere chance. That day in the center of the Pacific was, to him, a gift crafted deliberately, compassionately, for him and Phil.”

“If you will save me, I will serve you forever.”

“In the morning, he woke feeling cleansed. For the first time in five years, the Bird hadn’t come into his dreams. The Bird would never come again ….. When he thought of his history, what resonated with him now was not all that he had suffered but the divine love that he believed had intervened to save him. He was not the worthless, broken, forsaken man that the Bird had striven to make of him. In a single, silent moment, his rage, his fear, his humiliation and helplessness had fallen away. That morning, he believed, he was a new creation.”

As a result of my prisoner war experience under your unwarranted and unreasonable punishment, my post-war life became a nightmare. It was not so much due to the pain and suffering as it was the tension of stress and humiliation that caused me to hate with a vengeance.

Under your discipline, my rights, not only as a prisoner of war but also as a human being, were stripped from me. It was a struggle to maintain enough dignity and hope to live until the war's end.

The post-war nightmares caused my life to crumble, but thanks to a confrontation with God through the evangelist Billy Graham, I committed my life to Christ. Love has replaced the hate I had for you. Christ said, "Forgive your enemies and pray for them."

As you probably know, I returned to Japan in 1952 and was graciously allowed to address all the Japanese war criminals at Sugamo Prison… I asked then about you, and was told that you probably had committed Hara Kiri, which I was sad to hear. At that moment, like the others, I also forgave you and now would hope that you would also become a Christian.

How accurate was the movie? Real faces and 25 Questions  http://www.historyvshollywood.com/reelfaces/unbroken/