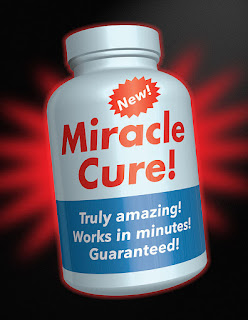 Today’s consumer has to put up with a continuous and never-ending torrent of supplement ads peddling near miraculous benefits in a little pill. Most of the marketing is done online. A variety of nutritional components – herbs, vitamins, minerals and often unknown substances – are packed together and promoted with pseudo-scientific claims. U.S., British and Canadian law, as well as the laws of most countries, don’t require evidence to prove their claims. As long as no disease is specifically mentioned, bogus marketers can promise a remedy for almost any condition. Below are 9 common methods the unscrupulous marketers employ. Most of the points apply to online scams in general.


1) The majority of supplement scams contain gushing testimonials from over-enthused “customers” who at first were skeptical, but then did some “research”. To their surprise, they discovered that Garcinia Cambogia, Green Coffee Bean Extract, Acai Berries or Raspberry Ketones did indeed deliver the benefits the “scientists” claimed. The old axiom still applies – if it sounds too good to be true…. Photos of many of these endorsers are on other fraudulent sites shamelessly hawking other counterfeit products.

2) These testimonials have become a profitable industry. Scammers try to impress shoppers by pointing them to hundreds of glowing reviews in both reputable and fake review sites. For a low fee they use overseas writers who list themselves in international web sites like freelancer.com. Thousands of trained reviewers post glowing testimonials using an endless number of aliases and fake addresses, all posing as unbiased consumers. The Consumerist crowdsourced 30 ways to spot fake online reviews. One of them is:

“The reviewers say the entire name and model of the product over and over. This is often a sign of a cheap attempt to game search engine results. i.e. ‘The bright colors of the ABC Widget are the best I’ve ever seen and I never want to be without my ABC Widget!”  http://consumerist.com/2010/04/14/how-you-spot-fake-online-reviews/

3) Many supplements and herbal remedies are promoted as “clinically proven” from reputable “clinical studies”. However, the names of the scientists and scientific journals are often phony. A Google search for the researcher’s names reveals no results. The journal’s mission statement is often vague: “On the cusp of exciting research to help transform lives.” For the savvy consumer willing to check the company’s physical address, a Google Maps search reveals a randomly chosen suburban house owned by unsuspecting residents. As for the journal itself, there is no such medical publication listed after a search at the US National Library of Medicine’s PubMed: http://www.ncbi.nlm.nih.gov/pubmed.

4) The small print right at the bottom of the ad is usually so small that one needs a magnifying glass to read it. Most people don’t bother. To project legitimacy and possibly avoid legal action, some companies make honest and accurate statement for the few willing to squint. The surprised shopper will read statements like:

“Testimonials are based on the experiences of a few people and results vary.”
“Results are not guaranteed.”
“This product does not work for everyone.”
“This is a paid advertisement and not an actual news article.”

5) A clever method used to dupe shoppers is to prominently display major media logos in an attempt to impress and lend legitimacy to the product. Usually there will be small print like “As seen on” right before logos from CNN, ABC, MSNBC, Fox, etc. In some cases the claim is accurate – the product was once advertised on the media’s web site!

6)  Free samples are offered but with strings attached. The small amount of $4.99 is charged to the customer’s credit card to cover shipping and handling. However, once the customer has reached the 2 -3 week trial period, if they have not canceled, an automatic $50 to $100 is charged to the customer’s credit card for the first’s month’s regular supply. The trial period usually begins on the date of the online order and therefore includes shipping time. In many cases the trial period is too short for the buyer to assess results.

8) Some scam artists display high quality video testimonials on their web page. It could even be footage from a major television network. What the scam artist does is copy and edit short segments from a speaker saying something positive about a product they benefited from. The name of the product is nowhere in the video testimonial! Text right above the video leads the reader to assume the speaker is endorsing the offering on the web site.

“Several types of deceptive use of evidence are common: using basic science studies to support clinical claims, using studies in ill subjects to make claims about enhancing normal function, referencing secondary sources or sources that do not support the claims being made, and making inappropriate comparisons to different doses and routes of administration.”  https://www.sciencebasedmedicine.org/alpha-brain-whats-wrong-with-the-supplement-industry/

Prepping to SMASH the glass ceiling

Life is sweeter with you

I wish I could promise you a better future, my little one

We Love Life Too