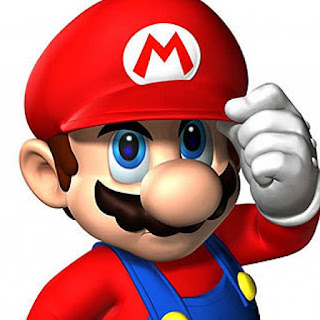 Tech giant Apple estimates roughly 500 new iPad and iPhone games are uploaded to their App Store every day. The vast majority don’t sell well and pass through the digital world as if they were concealed by a Star Trek Cloaking Device. An irresistible lure for game developers is that they are fairly inexpensive to develop. The main lure is that the few successful ones make so much money the fortunate developer can easily afford to purchase several tropical islands, one for each day of the week. The 2014 worldwide take for mobile games was about $25 billion! Add $5 billion to that figure and you have the 2015 expected revenues. When this happens, profits for mobile games will have surpassed Xbox, PlayStation and all other console games combined.


A typical example is the Flappy Bird phenomena, which has been downloaded more than 50 million times and for several weeks was earning $50,000 per day. The Clash of Clans current run is earning their creators a whopping $1.5 million per day. How else can one explain their absurd TV commercials playing endlessly on an apparently unlimited budget?

An exhaustive survey by the marketing research company NPD Group found that the average American mobile gamer plays for 2 hours per day. Exactly what clever and insidious ways do programmers implement to effectively addict millions of people?

The primary way is what psychologists call a “compulsion loop”. Senior writer for Time Lev Grossman explains the hypnotic cycle:

“A typical compulsion loop looks something like this: player kills monster; player gets gold coins; player spends gold coins on newer, shinier, deadlier weapons; player can now kill newer, higher-level monsters, thus earning even more gold, with which to buy even better weapons, and so on and so on ad infinitum. Every time you go round the loop, your brain gives you a little bump of dopamine, a tiny burst of pleasurable satisfaction, and pretty soon you can’t stop and you’ll pay money, lots of it, to keep going, long after the game has ceased to be in any meaningful sense fun. There are cases where players have wound up pumping thousands of dollars into freemium games.”

A second way is adeptly described by Tech Addiction:

“When starting a new video game a player's character begins with very basic attributes with regard to experience, strength, intelligence, courage, powers, etc. Initially, it takes very little play (perhaps minutes) to reach the next level and gain new skills - this is immediately rewarding and reinforces continued play. However, each successive level begins to take more play time to reach - eventually taking weeks or months to level-up. By this time, however, the gamer has gradually adapted and accepted the greater effort required to reach the next level. Imagine if the very first levels (e.g., from Level 1 to Level 2) took 1 month rather than several minutes - how many players would find this rewarding enough to continue?”

A third way mobile developers hook players is in collecting and analyzing the continuous stream of digital information anonymously sent to them when the devices are in use. They know when players give up in frustration, when they get stumped, which levels are too hard or too easy, and how long each gaming session lasts. This valuable information is then used to tweak the game experience for maximum addiction and even more dopamine rushes that keep the player salivating for the next digital conquest.

--Role playing games allow the player to create and live an adventure through a continuously evolving character. The result is an emotional attachment to the character. The feeling that life is more exciting within the game than the player’s mundane real life leads to endless hours of escapist fantasy.

--The more complex role playing games, such as World of Warcraft, contain progressively rich and fantastic imaginary worlds with each new level. The thrill of discovering each dazzling new world, of which there is almost no limit, keeps the player wanting more.

Eli Hodapp, editor of the IOS gaming site TouchArcade, gives an apt conclusion: “A lot of the games that make the most money are quite literally scientifically engineered with the help of actual psychologists to design things down to the color of a button, which is then A/B tested based on what makes the most money.”

Helpful suggestions from Joy of Android:

--Cutting down should be the first step. Set an alarm if you don’t trust yourself, and stick to the time you said you would stop.

--The StopGaming subreddit has a lot of people that have similar experiences.

--Measure the time you spend playing games for a month with a productivity app and multiply it by 12. Is that really how long you want to spend gaming each year?

--It’s drastic, but selling everything could be useful if you know you can’t trust yourself.

--The app store allows you to limit spending, or even stop all IAP’s from your Google account.

--If you have nothing to do, you’ll probably end up gaming. Planning activities throughout the day could be enough to help see you through the week.

Why Are Video Games Addictive?  http://www.techaddiction.ca/why_are_video_games_addictive.html

Why Mobile Games Make You Their Slave and You Pay for the Privilege http://joyofandroid.com/mobile-gaming-addiction/
Tweet