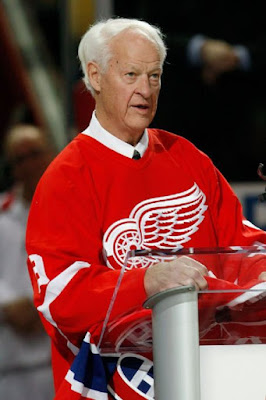 Hockey legend Gordie Howe (1928-2016), became critically sick after a series of debilitating strokes left him bedridden. The Howe family believed their father’s health dramatically improved as a direct result of participating in a stem cell clinical trial in Tijuana, Mexico. Are the claims evidence-based or overly optimistic?


Stem cell researchers were suspicious when the treatments Howe received “worked” in just a few hours, rather than the many weeks or months it takes for standard stem cell treatments to go into effect. Jeanne Loring, a researcher at Scripps Research Institute developing stem-cell treatments for Parkinson’s, is skeptical. One of the explanations for Howe’s quick recovery could be proper hydration. Howe had been suffering from dehydration and received the proper care, which would have had a significant effect on his health. Another explanation is that modern medicine often faces outcomes it can’t explain. One of which is the simple fact that many stroke victims recover inexplicably within the first six months.

According to The International Society for Stem Cell Research (ISSCR):

“Clinics peddling unproven stem cell treatments frequently overstate the benefits of their offerings and use patient testimonials to support their claims. These testimonials can be intentionally or unintentionally misleading. For example, a person may feel better immediately after receiving a treatment, but the perceived or actual improvement may be due to other factors, such as an intense belief that the treatment will work, auxiliary treatments accompanying the main treatment, healthy lifestyle changes adapted in conjunction with the treatment and natural fluctuations in the disease or condition. These factors are complex and difficult to measure objectively outside the boundaries of carefully designed clinical trials.”

David H. Gorski, MD, PhD, FACS, surgical oncologist at the Barbara Ann Karmanos Cancer Institute, vetted the so-called “experts” listed who carried out the treatments for Gordie Howe and other patients at the Tijuana, Mexico clinic:

“There are internists, a urologist, an otolaryngologist, general surgeons, a pulmonologist, a neurologist, and an orthopedic surgeon, but a perusal of their qualifications (when listed) through Google Translate (their CVs are in Spanish) reveals little that impresses me that they have the expertise to carry out legitimate clinical trials of stem cells.”

Larry Goldstein, a stem-cell researcher at UC San Diego: “When you have one patient of a clinical trial of a treatment, it is irresponsible in the extreme to go out saying, ‘We know this works.’ ”

Stemedica, the San Diego company overseeing the treatment in Mexico, used dubious means to collect their results – having the Howe family send them regular health reports. Corey Cutler, a stem-cell researcher at Harvard Medical School, asserts: “No ethics review board in the U.S. would say, ‘Give this extraordinarily complicated therapy and have the patient just call in to say, Here’s how I’m doing.”

Anthony Atala, director of the Wake Forest Institute for Regenerative Medicine in North Carolina, concedes there have been a few successes in stem cell therapy. However, without understanding why, no guarantees can be made: The therapy “is a little like gambling: You pay your money ($30,000), you take your chances.”

Judy Illes and Fabio Rossi, stem-cell researchers at the University of British Columbia:  “Companies selling these products are preying on desperate and vulnerable people and exploiting their hope, much like snake-oil salesmen have done throughout most of human history.” The researchers give an overview of why the therapy is a shot in the dark:

“To date, however, there is no evidence for effective stem cells interventions for stroke. A stroke is a sudden loss of brain function caused either by disruption in the flow of blood to the brain a rupture of blood vessels in the brain. The loss of function that follows it is due to the damage to the areas near the stroke and to the connections between those areas. Such damage may be permanent, usually due to loss of irreplaceable brain cells, or temporary. Time may bring some functions back when “stunned” but no lost neurons recover or, more often, when another brain area takes over for the damaged one. Despite much active research, though, there are no miracle cells of any sort today that can be injected to either accelerate these processes or create cellular or brain bridges where they would not otherwise occur.”

Dr. Gorski also looks at the human side of Howe’s son and his belief in the treatment:

“In fact, if there’s one thing I learned from watching my mother-in-law slowly die of breast cancer six years ago, it’s that being a doctor does not inoculate one from hanging on every observation, latching hopefully onto anything that seems like an improvement, even if ephemeral or not even real, and discounting anything that looks like a turn for the worse. And that was observing a disease that is my specialty. Dr. Howe is a radiologist; he’s not a neurologist or stroke expert.

“Let’s just put it this way: Emotional connection plus confirmation bias do not equal a witness any more reliable than average. There’s a reason why doctors generally do not treat loved ones. Emotional attachment affects judgment a lot more than we would like to admit. Emotional attachment also makes one prone to denial. I know this from personal experience too. Indeed, I could give you a specific example from when my mother-in-law’s cancer recurred in which denial led me to a very stupid conclusion about a finding, but I’m too embarrassed about it to admit the details to any but my closest family.”

Stem-cells can and often do work for people with: leukemia, anemias, extensive burns and damaged corneas.

There is ongoing research and hope but nothing conclusive for: multiple sclerosis, spinal-cord injury, Parkinson’s, stroke and diabetes.

The young Gordie Howe:
“Howe grew up in Saskatoon, 250 miles north of Montana, where 4,000 people once watched him play a middle-school hockey game. When his mother went into labor, in 1928, she was alone with her children, chopping wood, so she went inside, gave birth, and cut the umbilical cord herself. Howe’s upbringing — magazines for shin guards, frozen horse droppings for pucks — laid a foundation for the ruthless style he brought to the ice.”

Tyler Graham, “The Cure-All: Are New Stem Cell Therapies Miracles In A Bottle – Or Just A Dangerous Form of Snake-Oil?”  http://www.popsci.com/cure-all