Pseudo-Love: Anatomy of a Romance Scam 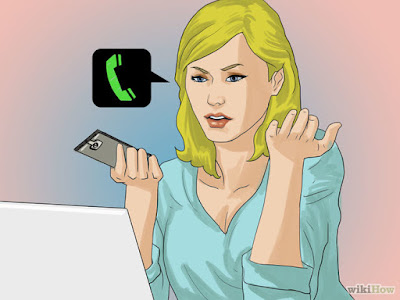 The FBI’s Internet Crime Complaint Center reports that American victims of online romance scams lost more than $87 million in 2014, compared with just $50 million in 2011. Most victims believe in romantic destiny and idealize romantic love. Emotional fulfillment is life’s top priority and everything else is of much less consequence. They are “prone to fall fast and hard for anyone who showers them with exaggerated affection, even if that affection is expressed only via emails and instant messages.”

According to police who investigate online romantic cons, the scams follow a surprisingly consistent arc. Here’s how swindles typically unfold.

The scammers set up a fake profile on a social-media or dating site. The man they invent is a ruggedly handsome, middle-aged widower who yearns to love again. He usually works in a macho job in a far-flung location—some-thing that provides good excuses to avoid face-to-face meetings.

Once a woman gets drawn in, the scammer showers her with gestures of affection through email or instant messaging: declarations of love, plagiarized poems, compliments on her beauty. The scammer also asks personal questions about the victim’s life—the key to establishing an intimate connection.

Satisfied that the mark is infatuated, the scammer concocts a situation that can be solved with a bit of money: He claims to need a few hundred dollars for a visa or money to travel. If the victim agrees to provide the cash, the scammer knows she’s on the hook.

Suddenly something goes horribly wrong. The scammer pleads for several thousand dollars to pay for a major surgery or to escape a legal predicament. Afraid she’ll never get to meet her beloved unless she complies, the victim wires the requested funds.

More aggressive demands for money ensue, until the victim either loses everything or gets wise to the con. At that point, the scammer either vanishes or tries to convince the victim to launder money on his behalf.
http://www.wired.com/2015/10/online-dating-made-woman-pawn-global-crime-plot/

Extensive use of American soldier profiles:

“A rapidly growing technique scammers are using is to impersonate American military personnel. Scammers prefer to use the images, names and profiles of soldiers as this usually inspires confidence, trust and admiration in their female victims. Also because military public relations often posts information on soldiers without mentioning their families or personal lives. Images are stolen from sites by organized internet crime gangs often operating out of Nigeria or Ghana. They tell their victims that they are lonely, looking to retire and settle down with a new love - but while they're deployed elsewhere, they concoct stories about needing special phones to communicate, supporting an orphanage with their own money, needing financial assistance because they can't access their own money in a combat zone, etc.

“The lies are too numerous and various to list them all. The scammer will say anything to get the victim to send money. And the money is always sent to a third party to be collected for the scammer. Sometimes the third party is real and sometimes they are fictitious as well. Funds sent by Western Union and MoneyGram do not have to be claimed by anyone showing identification if the sender sends money using a secret pass phrase and response and can be picked up anywhere in the world.”  https://en.wikipedia.org/wiki/Romance_scam

----She contacts you first on a dating service.

----She talks a lot about honesty.

----Her profile states that a man's age, race or income doesn't matter to her.

----There is a 20+ year age-difference. Chances of being scammed only increase with the age difference.

----She always asks you to contact her via her private e-mail address.

----She avoids direct questions about her personal life, where she lives, home address, phone number, place of employment.

----She addresses you by the wrong name (or the letter is not written to you at all). Your name appears only once at the beginning of the letter.

----She is having money problems (lost her salary, money stolen, to pay the rent or repairs, to pay hotel bill, to buy a return ticket home from another city/country, is arrested for drunken driving etc.) and needs your urgent help.

----You might see her asking for money to help her sick mother or child and she can turn only to you for help as she knows you love each other and are meant to be together soon.

----Scammer asks you to visit some site to verify that you are a real person. At this site, you will be asked to provide personal information - address, phone number, documents numbers, bank account details etc.

----Letters become more desperate, persistent or direct if you do not send money straightaway. You don't love her and were only playing her and now she is heartbroken and can't trust men again because you are all the same.
For a complete list click: http://www.stop-scammers.com/warning_signs.asp

“One of the devious psychological compliance techniques employed by scammers is referred to as the ‘foot in the door’ tactic. The foot in the door technique works by asking someone to comply firstly with a small request before eventually asking them to agree to a larger one.  So typically scammers will firstly ask the victim to send them a small amount of money.  Once the victim has agreed to this request, the scammer will then ask for a larger amount. The foot in the door tactic predicts that we may be more likely to comply to the request for the larger amount of money only after we have agreed to sending the smaller amount first.”    https://www.psychologytoday.com/blog/love-digitally/201502/online-dating-the-dark-side

“Unlike cyber-crimes such as hacking into servers, installing malware, and manipulating software programs, which required technical expertise, online scamming required basic computer skills and an internet connection. Scammers did not have to hack into dating sites to create accounts; they easily created dating profiles at numerous matchmaking sites that had little to no security or background verification checks. More important skills included social skills; they were trained in the art of smooth-talking victims, establishing trust, and building confidence.

“Scammers worked six-hour shifts and engaged in an extensive division of labor, with each unit responsible for a specific task. Members were responsible for mapping out online courtships, planning different scenarios that may occur during real-time conversations, and when to introduce tragic circumstances. Some networks hired trained psychologists who assisted in further psychologically trapping victims.”    http://www.cybercrimejournal.com/aunshulregedec2009.htm

File a complaint with the FBI:    http://www.ic3.gov/default.aspx

8 simple steps to research the authenticity of your long-distance “friend”:     http://www.romancescam.com/check.htm