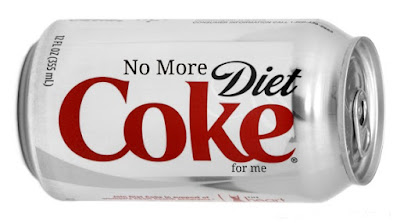 The high consumption of sugary soda drinks around the world has been a major factor in the modern epidemic of diabetes, heart disease and obesity. The New York Times were just one media among many that exposed Big Soda’s colossal marketing machine:


“In 2012, Coca-Cola gave the city of Chicago a $3 million grant to help promote the message that ‘all of our products can be part of an active, healthy lifestyle that includes a sensible, balanced diet and regular physical activity.’ And that’s just one strategy. Big Soda employs Washington lobbyists. Big Soda throws money at science and scientists. Big Soda pays for and defends ‘pouring rights’ in elementary schools, high schools and universities. And Big Soda continues to insist its products offer an excellent source of ‘hydration,’ which is a little like saying smoking fulfills the basic human need to inhale. Big Soda knows what it’s doing.”

In November, 2015, the University of Colorado School of Medicine returned a $1 million gift from Coca-Cola:

“Coca-Cola donated the money in 2014 to help establish the Global Energy Balance Network, a non-profit group of scientists that urged people to focus more on exercise and worry less about what they eat and drink. Coke’s financial ties to the group prompted criticism that the soft drink giant was supporting scientists as a way to shape obesity research

“In response to the article, Coke’s chief executive, Muhtar Kent, disclosed that the company had spent almost $120 million since 2010 to pay for academic health research and for partnerships with major medical and community groups involved in curbing the obesity epidemic. Recipients included the American Academy of Pediatrics, which accepted $3 million from Coke to launch its healthychildren.org website, and the Academy of Nutrition and Dietetics, the country’s largest group of dietitians, which had received $1.7 million from Coke. After the disclosure, both groups said they were ending their relationships with Coca-Cola.”

The Center for Science in the Public Interest executive director Michael F. Jacobson has been warning the public about global food giants’ relentless marketing of these harmful drinks since the 1970’s:

“For the past 45 years, Coca-Cola and other makers of sugar drinks have used the most sophisticated and manipulative advertising techniques to convince children and adults alike that a disease-promoting drink will make them feel warm and fuzzy inside. It’s a multi-billion-dollar brainwashing campaign designed to distract us away from our diabetes with happy thoughts. We thought it was time to change the tune.”

The Center teamed up with the Lumenati Agency of Denver Colorado to counter the iconic “Hilltop” Coca Cola TV commercial that first aired in 1971 and has become part of popular culture. The most well-known part of the commercial, which featured a United Nations of young people singing the praises of Coke, had this familiar ring: “I’d like to teach the world to sing in perfect harmony. I’d like to buy the world a Coke, and keep it company.”

Below is the original commercial followed by the dissenting view:

The independently produced “The Honest Coca-Cola Obesity Commercial” hits the mark and has received more than 6.5 million views: 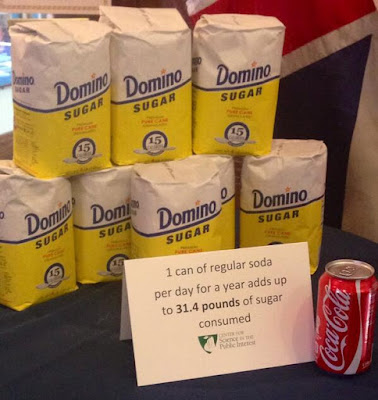 In her new book Soda Politics: Taking on Big Soda (and Winning), Marion Nestle outlines exactly how soda companies have gained such immense lobbying power in the food industry by targeting youth, the poor, and minority groups to sell their products.  (Lecture starts at 7 minutes 05 seconds)