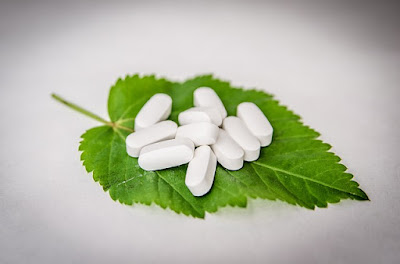 Gideon Burrows is dying. He has a brain tumor and it is inoperable. His recent book – This Book Won’t Cure Your Cancer – gives an honest and well researched account of the cancer quackery industry. Reviewing the book for the Science-Based Medicine blog is alternative medicine author Harriet A. Hall, who is an American retired family physician and a former U.S. Air Force flight surgeon. She writes about his struggles and challenges:


“A professional wordsmith, he is able to describe his experience of illness so vividly that the reader enters into his life, feels what he feels, and shares his suspense about what the next scan or doctor’s visit will reveal. Along with him, we suffer through the panic and fear, the chaos, the agonies of delays and uncertainty, the unpleasant hospital environment, and specialists with poor bedside manners. We follow him through difficult decisions about how to share the bad news with friends, relatives, and his young children; and we understand why this engenders guilt feelings.”

Burrows laments the desperate thinking and questionable decisions made by some cancer patients. Normally rational and intelligent people fall prey to any hope or cure, no matter how outlandish. Three specialists gave Burrows the diagnosis that his cancer was inoperable. His own friends urged him to look for a surgeon that would operate. Hall summarizes Burrows thoughts:

“What if he searched the world and found five doctors who wouldn’t operate and a sixth who would? Would it be rational to trust the sixth doctor’s opinion more than that of the other five? Of course not. He should trust him less. Unfortunately, many patients play this game, spend enormous amounts of money, and end up worse or no better than they would have been.”

Burrows gives an analogy of the bizarre and contradictory cancer cures available:

“What if he proposed that blowing up 100 red balloons would cure cancer? Is that really any more ridiculous than coffee enemas? When does anything become something we should try, and who gets to decide what is too ridiculous to try? Even alternative practitioners disagree with each other. Where do you draw the line? If a treatment has not been proven to work, is not biologically plausible, has not been tested in animals, and is not backed by the majority of scientific experts, shouldn’t it fall on the same side of the line as the red balloons?”

Believing in cures based only on personal testimonials is an obvious logical fallacy:

“In fact, personal testimonies are the enemy of proof. We hear about successes, but we don’t hear about the failures because no records are kept. To be taken seriously, a theory has to be falsifiable. Excusing failures by saying the treatment wasn’t properly followed leaves no way to determine whether it actually works. Controlled scientific studies can test whether it works; they are based on falsifiability. Proponents of alternative medicine often reject the scientific approach; they argue that their treatments are not amenable to randomized controlled trials, and that they might still work for an individual even when studies show they didn’t work for the people in the studies.”

Popular TV programs like The Doctors and The Dr. Oz Show often present health claims and cures that are completely unsubstantiated. The news media sometimes does more harm than good when reporting on cancer treatment outcomes:

“The media report real new developments in scientific cancer treatment right along with sensationalist stories about unreliable pseudoscientific claims. They strive for ‘balance’ and give alternative treatments more credit than they deserve. This is wrong-headed; it’s not a matter of two politicians presenting opposing views, it’s a matter of scientific fact and expert opinion versus speculation and uninformed opinions of non-experts (and sometimes even of charlatans). The news serves to confuse rather than to inform.”

Conventional doctors are not perfect and can make mistakes. Alternative medicine practitioners seize on the mistakes and ignore the overwhelming number of successful treatments and remedies. Hall quotes Burrows:

“But if we exercise skepticism and doubt about medically trained doctors, oncology and conventional medicine, then we should subject alternative medicine to at least the same level of doubt and scrutiny. In fact, I would argue alternative medicine deserves far more doubt because it self-consciously puts itself outside conventional medicine that has been proven by time and experience to, mostly but not always, get it right.”

Burrows concedes that alternative medicine often delivers the personal touch, something most conventional doctors fail to do for a variety of reasons. Hall breaks down Burrows’ reasoning:

“Conventional medicine and alternative medicine operate in two separate universes that don’t communicate with each other. Alternative providers fail to understand the scientific realities of modern cancer treatment. Conventional providers often fail to appreciate their patients’ fears and misunderstandings. Patients are left in limbo.  As a society, we need to have a sensible conversation about dying, and not just keep patients with cancer alive longer at all costs. We should learn when to let go. A recent study found that hospice patients with an end-of-life plan not only had a better quality of life than those who insisted on every possible intervention, but they actually lived longer.”

Burrows evaluates one of the top cancer quackery books of all time - Anticancer: A New Way of Life, by David Servan-Schreiber. The author asserts that cancer can be beaten by diet and stress reduction by controlling ones thoughts. The sad reality is that Servan-Schreiber is:

“… making unwarranted extrapolations from single scientific studies and anecdotes, and he is blaming the victim by trying to establish a lifestyle cause for a kind of tumor for which science has found no cause and which is likely due only to bad luck. Servan-Schreiber thought he had beaten cancer, but it returned with a vengeance. Then he wrote a second book. Instead of acknowledging that his methods hadn’t worked, he rationalized that he hadn’t followed his own advice carefully enough. He hadn’t done enough to control stress. Maybe he hadn’t eaten properly. He died shortly after the second book was published. People are still reading his books and following his advice; many of them don’t realize he is dead.”

Burrows own prognosis is gloomy, but he refuses to descend into irrational thinking:

“At the end of the book, his condition is stable and he is far from devoid of hope; but his hope is centered in realism and rationalism. He hopes for the possible, not for the impossible: perhaps a change in medication will better control his seizures, perhaps he will survive long enough for science to find an effective cure for his cancer. He believes that reality and science are always better than lies and belief in magic. He thinks it is a shame that patients turn to alternative medicine and make themselves ineligible for clinical trials that offer real hope for contributing to the greater good.”

Burrows makes a promise and offers a challenge to believers in alternative medicine:

“If you can show me firm, peer-reviewed scientific evidence that your cancer prevention therapy or cure works, I will no longer call it alternative medicine. I’ll call it medicine. And if proven to work for my particular brain tumour, I’ll be first in line for a dose.”

The Alternative Medicine Racket: How the Feds Fund Quacks

Finally – An admission of the failures of alternative medicine from one of their own! Josephine P. Briggs, M.D., director of the National Center for Complementary and Integrative Health:  “The evidence for the safety and efficacy of complementary approaches is still very incomplete. When making treatment decisions, unproven ‘alternative medicine’ approaches should not replace conventional medical care approaches known to be useful or helpful. Simply put, the evidence is not there.”  (11 minutes 5 seconds – 11 minutes 45 seconds)

Harriet A. Hall, “This Book Won’t Cure Your Cancer, But It Will Help You Think More Clearly About It”  https://www.sciencebasedmedicine.org/this-book-wont-cure-your-cancer-but-it-will-help-you-think-more-clearly-about-it/