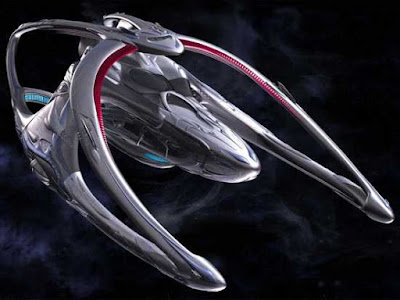 1)  The costs of deep space travel will always be prohibitive. The price tag just to launch the Mars Curiosity rover in November of 2011 was $200 million. This was just 10% of the entire mission’s budget. An engineer with the Icarus Interstellar Project has estimated the cost of travelling to the nearest star at $174 trillion.

2)  Just reaching a nearby planet like Jupiter would take five to seven years with today’s technology. What about the beckoning stars? A Star Trek Warp Drive would necessitate radical breakthroughs light years away from today’s science. Every rocket scientist would need Albert Einstein insight and vision just to get the project into its infancy!


If the Warp Drive were one day to be considered outside the realms of possibility, the picture gets even gloomier. If sound traveled through space it would zoom at 157,000 miles per hour. A space ship leaving Earth at that incredible speed would take 19,000 years to reach our closest stellar neighbor, Alpha Centauri. This would necessitate a multigenerational ship with travellers dying of old age in the bleakness and darkness of space.

3)  Just one example of the challenges of traversing mind-boggling distances is the egg ship solution:

“To remove as much uncertainty as possible in generation ships, egg ships could be used. These would carry frozen fertilized human eggs which would be nurtured by carefully designed machines, acting as wombs, parents, and educators. The eggs would be grown into humans when the distant star or planet is reached, and computers would teach them all they needed to know about their mission, how to survive, and what to do. Designing care-giving machines that would not emotionally stunt the new humans is well beyond us at the moment, but perhaps not impossible in the future. However, like the generation ship, an egg ship does not help the individual who wants to travel to the stars himself or herself. Waiting for artificially-raised humans to live the dream of reaching the stars long after you have died is unacceptable to many people.”

4)  Just leaving our planet would be a big problem. The NASA image below is a computer generated depiction of all the objects in Earth orbit today. At least 95% of the objects are actual debris and not working satellites. “The US Space Surveillance Network has eyes on 17,000 objects—each at least the size of a softball—hurtling around Earth at speeds of more than 17,500 mph; if you count pieces under 10 centimeters, it’s closer to 500,000 objects. Launch adapters, lens covers, even a fleck of paint can punch a crater in critical systems.” 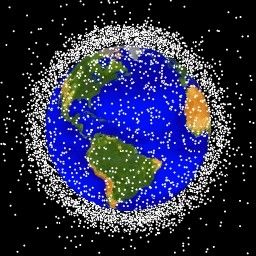 5)  Radiation in space is ubiquitous and deadly. When its particles make contact with a spaceship’s aluminum hull, even more radiation is created. Unless an innovative, revolutionary type of plastic can be created to form the ship’s exterior, any space traveller would be plagued with numerous cancers early into the journey.

6)  Long-term weightlessness prevents certain cells from working and causes muscle and bone loss. Major breakthroughs in artificial gravity need to emerge or the astronaut’s body over time would slowly turn to mush.

7)  There are no convenience stores in space and galactic gardening is in its infancy. Farming and water production are problematic in zero gravity. The present day pee-and-water recycling system would need a massive upgrade.

8)  Multi-year space travel in cramped conditions and lousy food would cause serious psychological issues for even the toughest pioneer. The only solution: sleep through it! Bears and the many other animals adept in hibernation are so far ahead of us and our current know-how in human long-term sleep, we may as well send them!

9)   Unlike road trips across the country, there are no repair stations in the vastness of space. Unexpected emergencies would mean the end.

“When you subtract manned exploration, which is hugely expensive, and replace it with robotic rovers that relay high-definition images back to Earth, all of humanity can participate in their own personal and virtual exploration of space, not just a few astronauts or colonists. The Apollo program gave us 12 astronauts walking on the lunar surface, a huge milestone for humanity, but today we can do the Apollo program all over again and augment it with a virtual, shared experience involving billions of people! This is the wave of the future for space exploration, because it is technologically doable today and scalable at ridiculously low cost per human involved. NASA's Curiosity rover is only the Model-T vanguard of this new approach to human exploration. More sophisticated versions will eventually explore the subsurface ocean of Europa and the river systems on the ‘Earth-like’ world of Titan -- perhaps by the end of this century!”